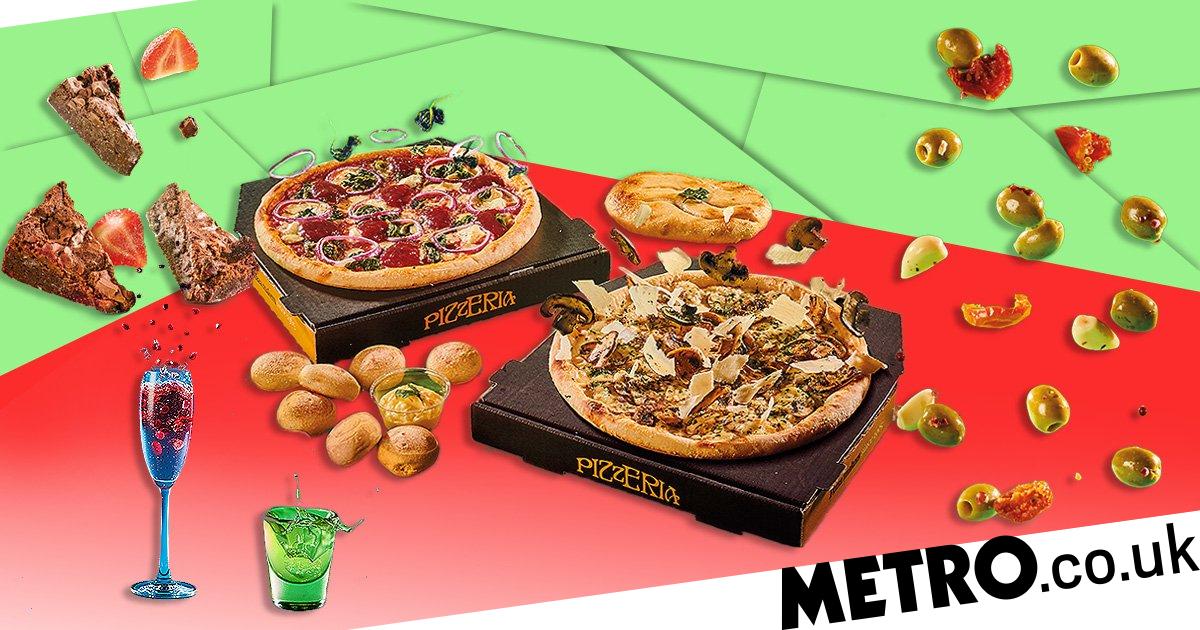 Pizza Express have stepped up their game this Christmas with a festive menu that brings back some of the old favourites alongside brand new topping combinations.

There’s plenty of pizza and dessert to indulge in, and even a festive cheese board.

Jane Treasure, food and beverage director at PizzaExpress, said: ‘It goes without saying that Christmas is a special time of year, and we’re excited to be launching such a great collection of recipes for pizza fans.

‘This year’s festive menu is definitely one of our favourites, featuring lots of winter flavours we know customers will love – a particular highlight is the tasting menu, which has even more sparkle when enjoyed with one of our exclusive cocktails or drinks pairings.’

Available from now, there are meat, vegetarian, vegan and gluten-free options so everyone can find something to enjoy.

Starting with pizza, there’s one to suit your truffle cravings.

The Mushroom & Truffle was a Deliveroo exclusive last year, but now it can finally be bought in store.

We’re not surprised, given how popular truffle has become recently.

Meat eaters might prefer the brand new Romana Porchetta, which has slow-cooked pork on a white béchamel base with crispy pancetta, mozzarella, garlic oil, and fennel seeds.

For vegans there’s also Mushroom & Pine Nut, which was last available in 2018.

And it’s the first time they’ve launched a tasting menu for Christmas too.

For £24.95, you get an appetiser, Dough Balls Doppio, starter, main, and mini dessert – and drinks pairings can be added too if you’re feeling fancy.

Priced at £9.95, drinkers can get prosecco, beer and limoncello throughout the meal.

Aside from pizza, there’s other festive offerings to try.

New to the menu is Turkey Polpette, which are turkey meatballs baked in tomato sauce with sweet roast peppers, rosemary and garlic. Even better, they’re topped with a layer of melted mozzarella.

It’s the warming side you need.

Veggies can go for the Melanzanine instead, which is only on the tasting menu. It’s made of layers of grilled aubergine in in tangy tomato sauce, then gets baked in the oven with garlic and stringy mozzarella.

If something old is what you’re craving, you’re in luck, as Bruschetta con Funghi is back on the main menu for the first time since 2016 – and the flavours have been improved thanks to garlic oil and balsamic glaze.

Finally, for something sweet to end on, the Snowball Dough Balls are back.

What’s not to love?


MORE : Domino’s launches Christmas dinner on a pizza – with turkey, sausage and bacon