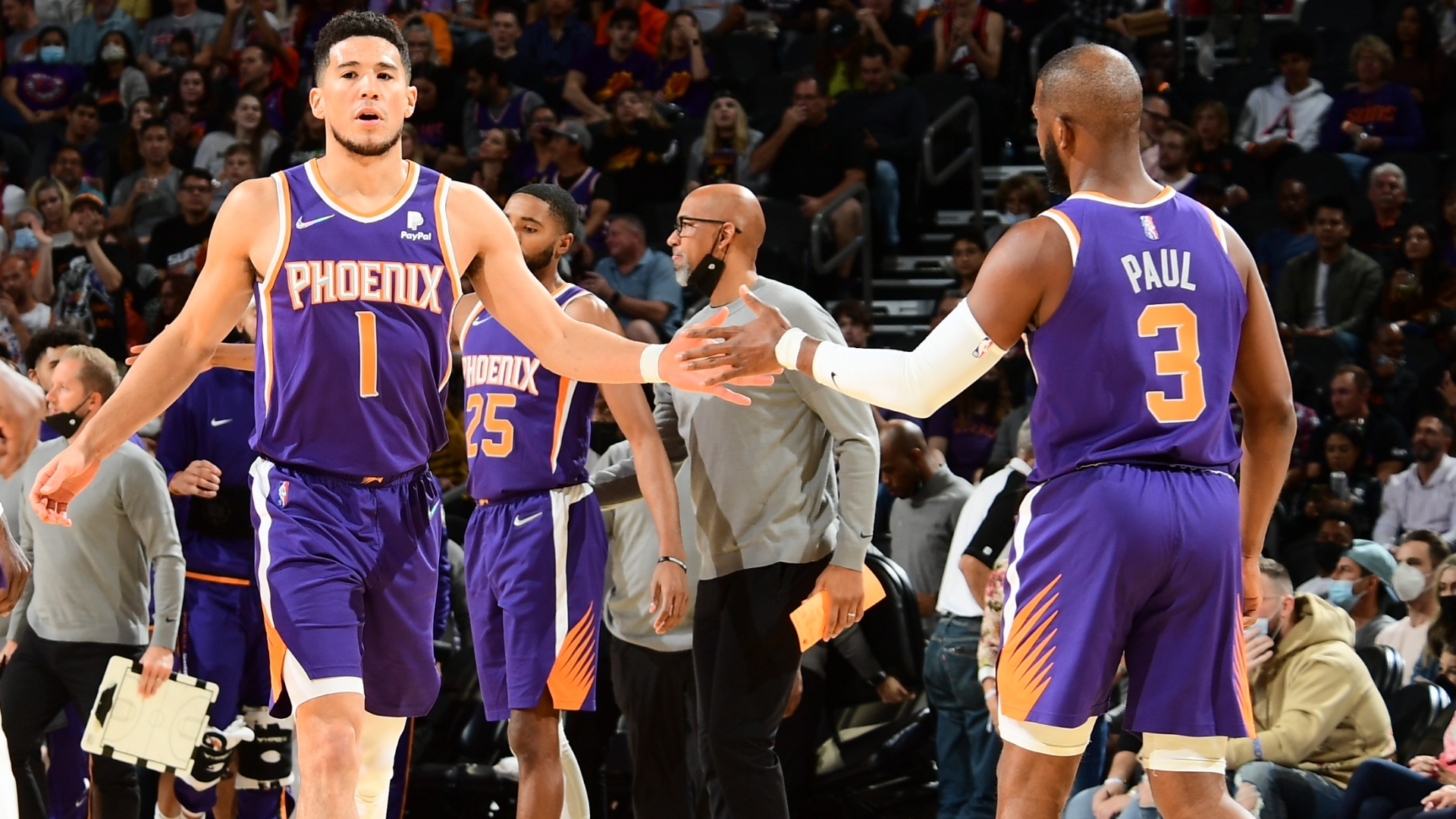 One week into their 2021-22 campaign, the Phoenix Suns were off to a puzzling 1-3 start. However, since then the reigning Western Conference Champions have found their form and turned things around.

The Suns have won 13 straight games since that 1-3 start, putting their 14-3 record just one game shy of the league-best Golden State Warriors (15-2).

Their soft schedule early could have helped them but taking care of business in games they are expected to win is a mark of a contending team, and that’s exactly what the Suns have done.

Quietly, they have risen from their early slump and have done so mostly with their defence. That said, here are a few impressive stats to know from the Suns’ current 12-game win streak.

There’s not been a lot of winning in Phoenix over the past decade. This 13-game win streak is the first time the franchise has won this many consecutive games since way back in 2006-07.

Last season, the Suns were one of only three teams to rank in the Top 10 in offensive (7th) and defensive rating (6th). This season, while their offence is doing fine considering the league-wide drop, they have ramped things up on the defensive end.

Overall, their 103.3 defensive rating is ranked third-best in the league and during this streak, their rating sits at 100.1 which is second in the league only to the Warriors’ 99.0.

During this streak, they’ve held their opponents to 100 points or fewer in seven games.

With the new ball or the enforcement of new rules by the officials, there has been a league-wide drop in offensive numbers this season, but the Suns are still ranking among the best.

During this win streak, they average 113.5 points per game which is once again second only to the Warriors. They’re making make a league-best 43.1 field goals per game at a league-best efficiency of 48.2 percent from the field.

And it’s not just Devin Booker. The Suns have six players who average double-digit points and eight who average 8.9 points or more per game. More importantly, they’re doing it while sharing the ball as their 27.0 assists per game ranks fourth-best in the league.

Obviously, league-leader Chris Paul leads the charge in that aspect with his 10.7 assists average.

A large part of the team’s defence can be seen directly on the stat sheet via their steals and blocks (stocks).

During their win streak, their 9.7 steals is second-best in the league and five blocks is tied for the eleventh-best average.

On the steals front, Paul is among the league’s leaders. His 2.2 steals average is third-best in the league, but during the streak, he’s averaged a second-best 2.4 steals per game.

The Suns need to win six more games to set the franchise’s win streak record, having recorded wins streaks of 15 and 17 during the 2006-07 season’

Looking ahead, they next play the 9-9 Cleveland Cavaliers and the slumping Knicks.

So, there are wins available there, but post-Thanksgiving, the Suns have three tough contests in a four-game stretch where they play the Brooklyn Nets and the Golden State Warriors twice in the span of four days.