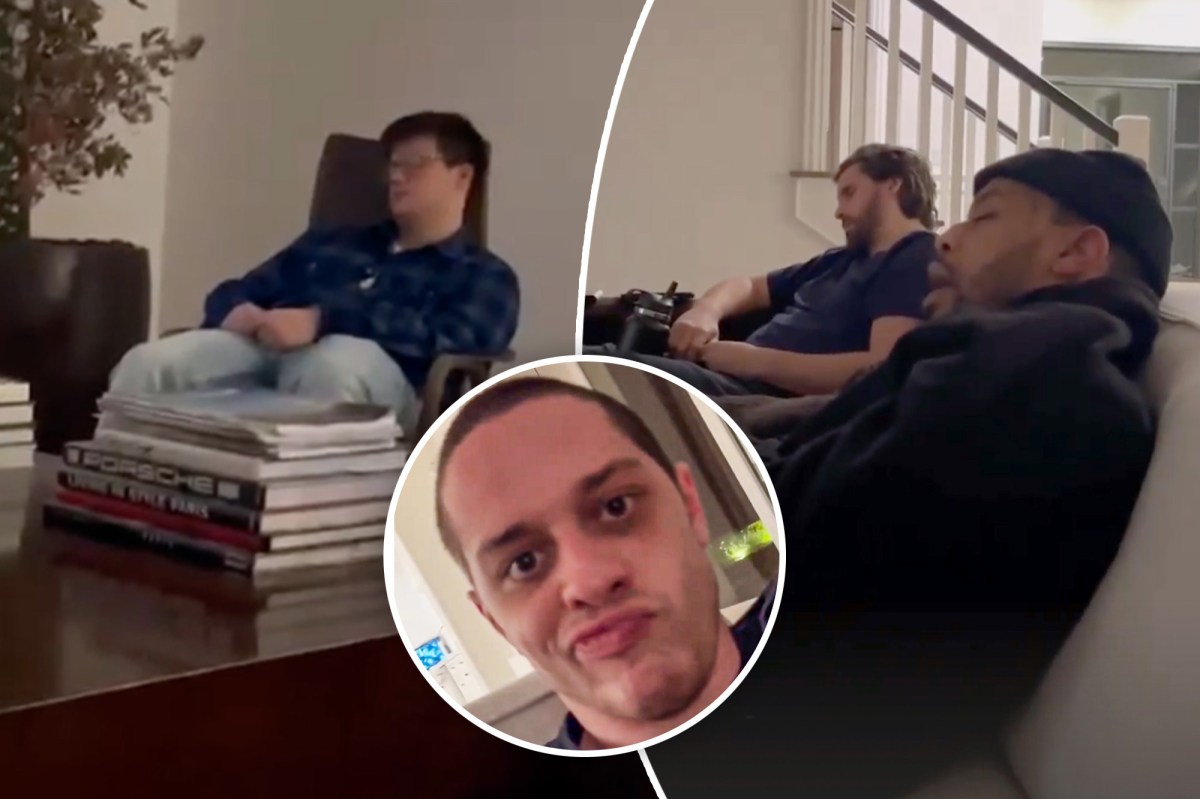 The “Saturday Night Live” star hung out with Kourtney Kardashian’s ex Scott Disick on Saturday – and took over his Instagram Story to document their “wild” night.

Davidson, 28, posted a video of Disick, 38, and two other pals passed out with “The King of Comedy” playing on TV.

At the end of the video, the comedian turned the camera around to show fans that he was the only one still awake.

“Boyz night was wild,” he joked in the caption, adding four bed emojis.

Meanwhile, Kim, 41, was busy celebrating the launch of her Skims pop-up shop and swimwear line in Miami with Khloé Kardashian.

The reality star flaunted her famous curves in a silver bra top and matching leggings, while Khloé opted for a bright blue mesh mini dress.

The outing came just days after Kim gushed over how “cute” she and Davidson are during her appearance on “The Ellen DeGeneres Show.”

“I have the cutest pictures of us, and I want to be like, ‘Oh, my God, we’re so cute,’ but then I’m like, ‘Don’t be so desperate. Don’t be posting so much, just give a glimpse,’” she said, telling DeGeneres, 64, that she just “went for it” with Davidson.

“It feels good. I think it’s just in life, like no matter what it is, I encourage my friends and the people that I love just to be happy, and I went for it. I went for it, and, you know what? I’m in my 40s, like, f–k it — sorry — just go for it, find your happiness.”

Kim also revealed during her sit-down with DeGeneres that Davidson recently got “Kim” permanently branded onto his chest.