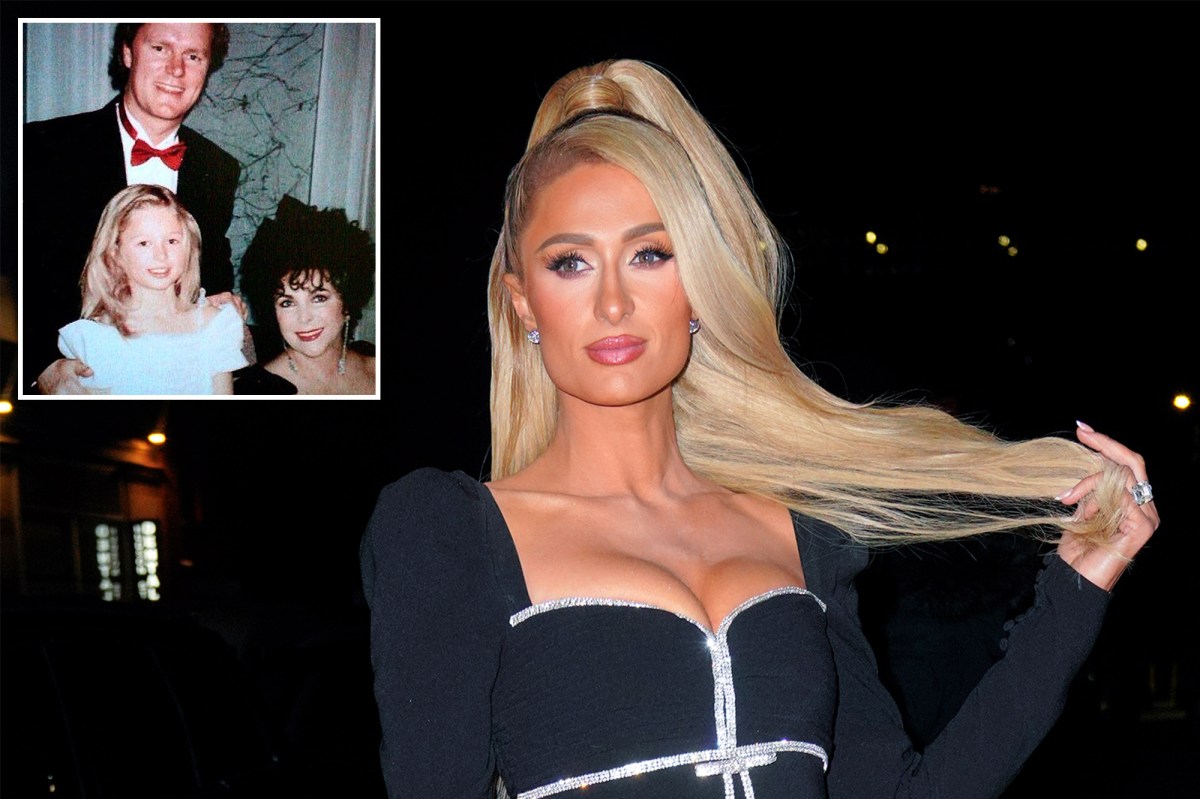 Paris Hilton is honoring her great aunt Elizabeth Taylor, who died in March 2011.

“As the icon Elizabeth Taylor once said, ‘It’s all about hope, kindness and a connection with one another.’ ✨🥰💎 #FBF #Iconic 💫👑,” Paris, 41, wrote via Instagram on Saturday.

The post was accompanied with a childhood snap of Paris posing with the late Hollywood legend, who was briefly married to Conrad Hilton Jr. from 1950-1951.

A very young Paris was all smiles as she posed in a white dress alongside her father, Rick Hilton, and the classic screen star.

Taylor – who remarried seven times following her divorce from Conrad – died on March 23, 2011 from congestive heart failure. She was 79.

Paris paid tribute to Taylor via Twitter at the time, writing, “So sad to hear about Elizabeth Taylor. She was so beautiful, such an inspiration and an icon.”

She continued, “She was an amazing humanitarian and brought smiles to everyone around the world. She was always so sweet to me and I will really miss her.”

Paris previously revealed that Taylor inspired her to venture into the perfume business.

“I grew up with her,” the “Cooking With Paris” star said, while launching her 2014 fragrance, With Love, Paris Hilton.

“Elizabeth was such a glamorous and stylish woman,” she continued. “From a young age I looked up to her and what she accomplished. I admire how she lived her life to the fullest and was also a smart business woman.”

Paris’ extensive fragrance empire includes 25 perfumes, while Taylor’s signature scent, White Diamonds, is among the best-selling perfumes of all time, raking in more than $1.5 billion in sales.