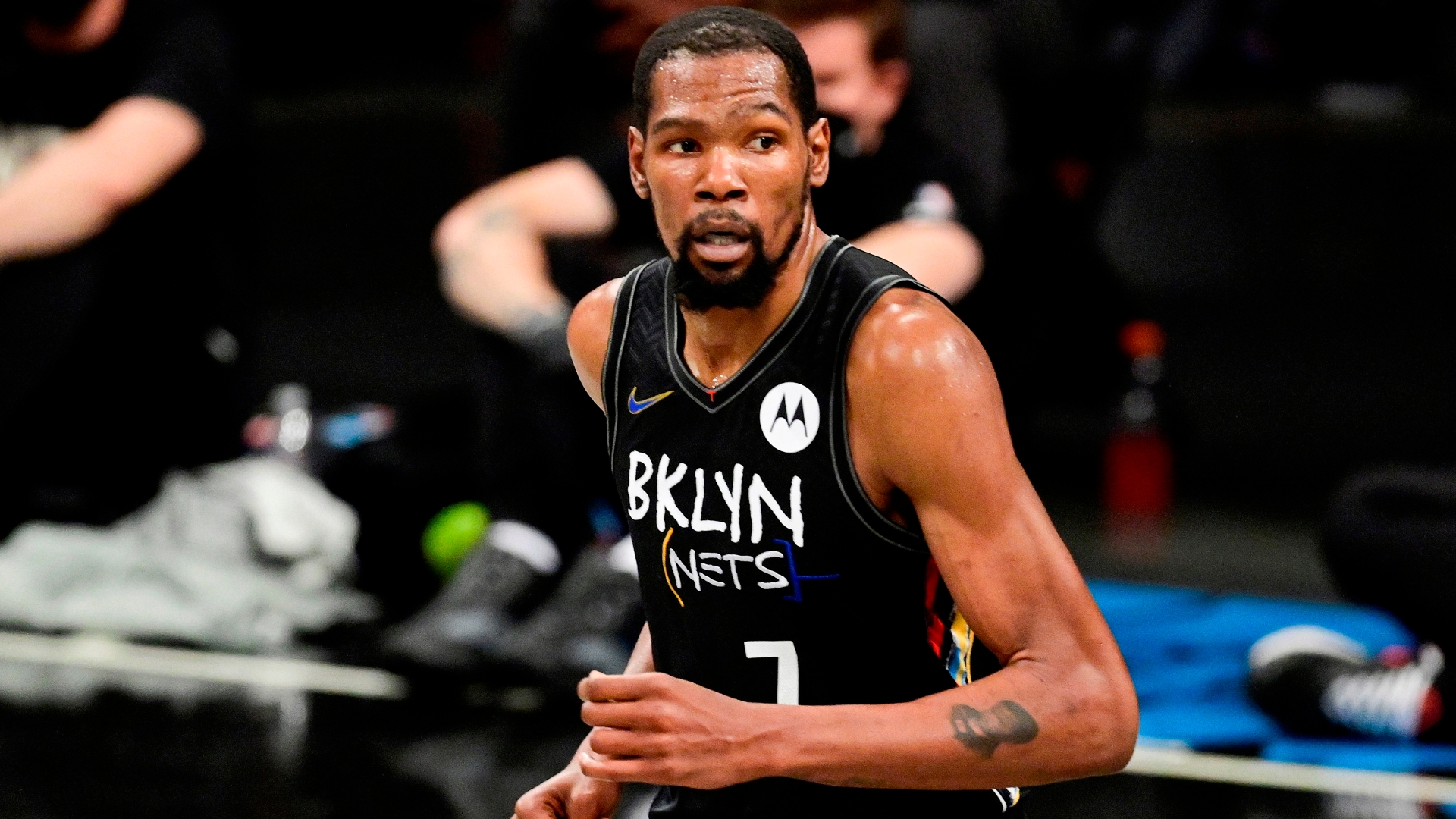 Pacers coach Rick Carlisle was stunned Nets star Kevin Durant was still playing late in the second half of Friday night’s game between Indiana and Brooklyn — and for good reason.

With less than five minutes remaining in the third quarter, Durant caught an outlet pass from Patty Mills and attempted to push the ball in transition. Pacers guard T.J. McConnell fouled Durant to stop the play, and Durant fired the ball over the basket and into the crowd.

Durant got hit with a technical foul, but he should have been ejected based on the NBA’s rules regarding player conduct. He finished with 22 points, 11 rebounds and seven assists in the Nets’ 105-97 win.

Sean Wright, who was the crew chief for the game, told Newsday’s Greg Logan that Durant should have been ejected for throwing the ball with force. During his postgame media availability, Carlisle expressed disbelief that Durant was not sent to the locker room.

“I think I saw Kevin Durant wind up and throw the ball overhand, 10 or 15 rows into the stands and not get ejected,” Carlisle said. “I think that’s what I saw. And so that was shocking. … I’m not going to share the explanation because I just don’t want to embarrass the officials. I don’t want to embarrass the league. These guys are nice guys, and they just made a big error. The league will address it.

“You don’t want to hear the explanation. And at this point, it doesn’t matter because it’s not going to change the outcome. But it’s something that is a significant thing that just can’t be missed. That’s all.”

Carlisle on Durant throwing the ball into the stands, but staying in the game after: “That was shocking. … At this point it doesn’t matter because it’s not going to change the outcome, but it’s something that is a significant thing that just can’t be missed.” pic.twitter.com/0Yq6BsP0RG

Durant told reporters that he was trying to hit the backboard, but he knows that he shouldn’t have thrown the ball at all.

“I don’t know, man. I thought I was at the gym by myself in a pickup game, not an NBA game,” Durant said. “I can’t do that. I could have cost my team the game. But it won’t happen again. I hope so. … I didn’t know you could get ejected over that, but I’m glad I stayed in the game. I’m sure a hefty fine is coming, but I don’t mind giving. I’m sure somebody in the NBA office is gonna use that toward a college fund, so I don’t mind.”