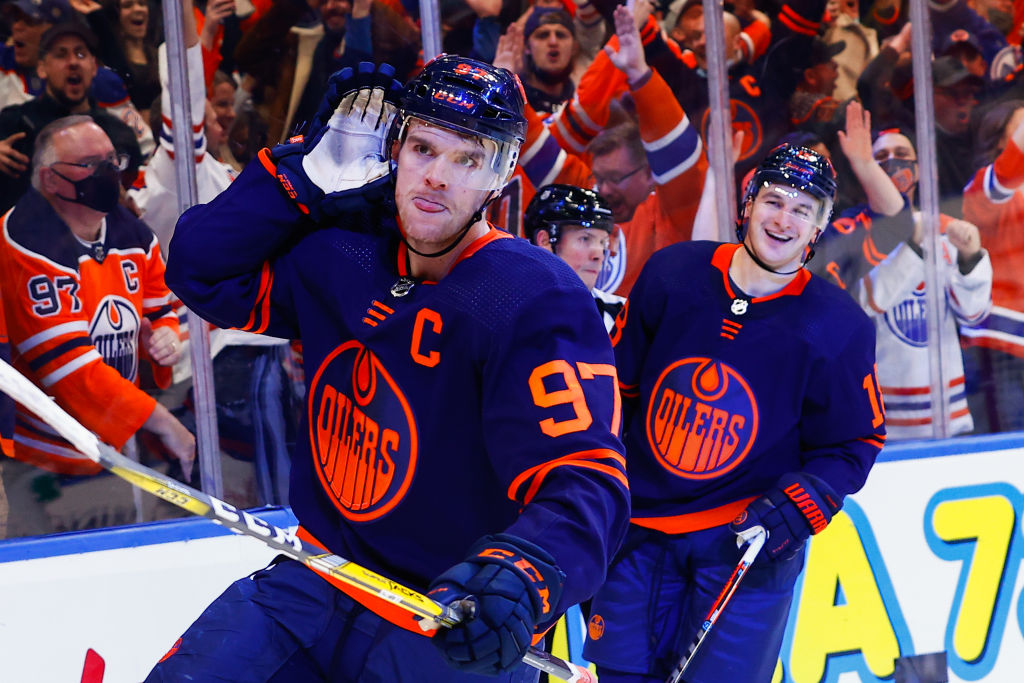 Birth. Death. Taxes. Connor McDavid making an absolute mockery of the sport of hockey on a regular basis. These are life’s only guarantees.

It’s been a mere, like, 12 days since McJesus last used his alien skills to obliterate an entire NHL franchise, so naturally it was time for No. 97 to claim a fresh victim with yet another (his third already this season?) goal-of-the-year bid, this time against the Winnipeg Jets, who have felt this dude’s wrath before.

He absolutely rips through the neutral zone unbothered, draws in three white shirts, evades at least four stick-checks while controlling the puck at full speed before putting it top bunk past one of the best goalies on planet earth.

In other words, just another day the office for the pride of York Region:

It’s pretty absurd how absolutely incredible — and similar — McDavid’s tallies versus the Jets and Rangers were, both in aesthetics and importance. Scored almost exactly two weeks apart in front of the hometown crowd at Rogers Place, both McDavid masterpieces not only made our collective jaws drop through the floor, but each goal also tied the respective game late in the third period and teed up eventual Oilers wins.

Skill, speed, difficulty, dazzle, finish, clutch — these goals have everything that make great goals great, and McDavid’s spectacular cellies are the cherry on these semi-monthly desserts No. 97 serves up to the hockey masses. Of course, as it does every two weeks or so, Hockey Twitter went into full-blown panic mode over this skate-wearing freak.

Probably 99.9% of NHL players never score a goal nearly this nice. McDavid pulled off this madness twice in literally two weeks, and he’s already well into the double-digits as far as top-tier career highlights go. It really is ridiculous.

We must, somehow, never let ourselves get used to this. This type of behaviour must never be normalized.