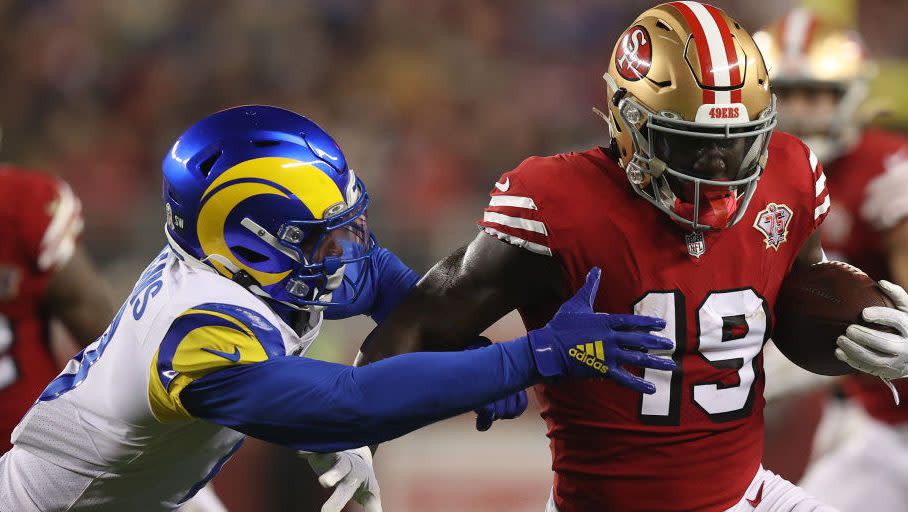 49ers head coach Kyle Shanahan told his team he wanted to see them run the ball at least 40 times against the Rams on Monday night, which was a decision he “almost regretted” because of how hard it is to pile up that many carries in one game.

Shanahan turned out to be prescient, however. The 49ers ran the ball 44 times for 156 yards in a 31-10 win over their divisional rivals, which Shanahan said was “just really cool” because it meant the team had to do well in all phases in order to get to that number.

Quarterback Jimmy Garoppolo said the offensive effort was reminiscent of the one the 49ers used to propel themselves to Super Bowl LIV.

“Honestly it felt pretty similar to the Super Bowl year,” Garoppolo said, via 49ersWebzone.com. “It felt like we ran the ball 30 times every time that year. When we can do that and be successful on third down, it’s a good recipe for us.”

The 4-5 49ers have some work to do if they’re going to elicit further memories of that run, but holding onto the offensive identity they displayed on Monday night would keep that possibility alive.