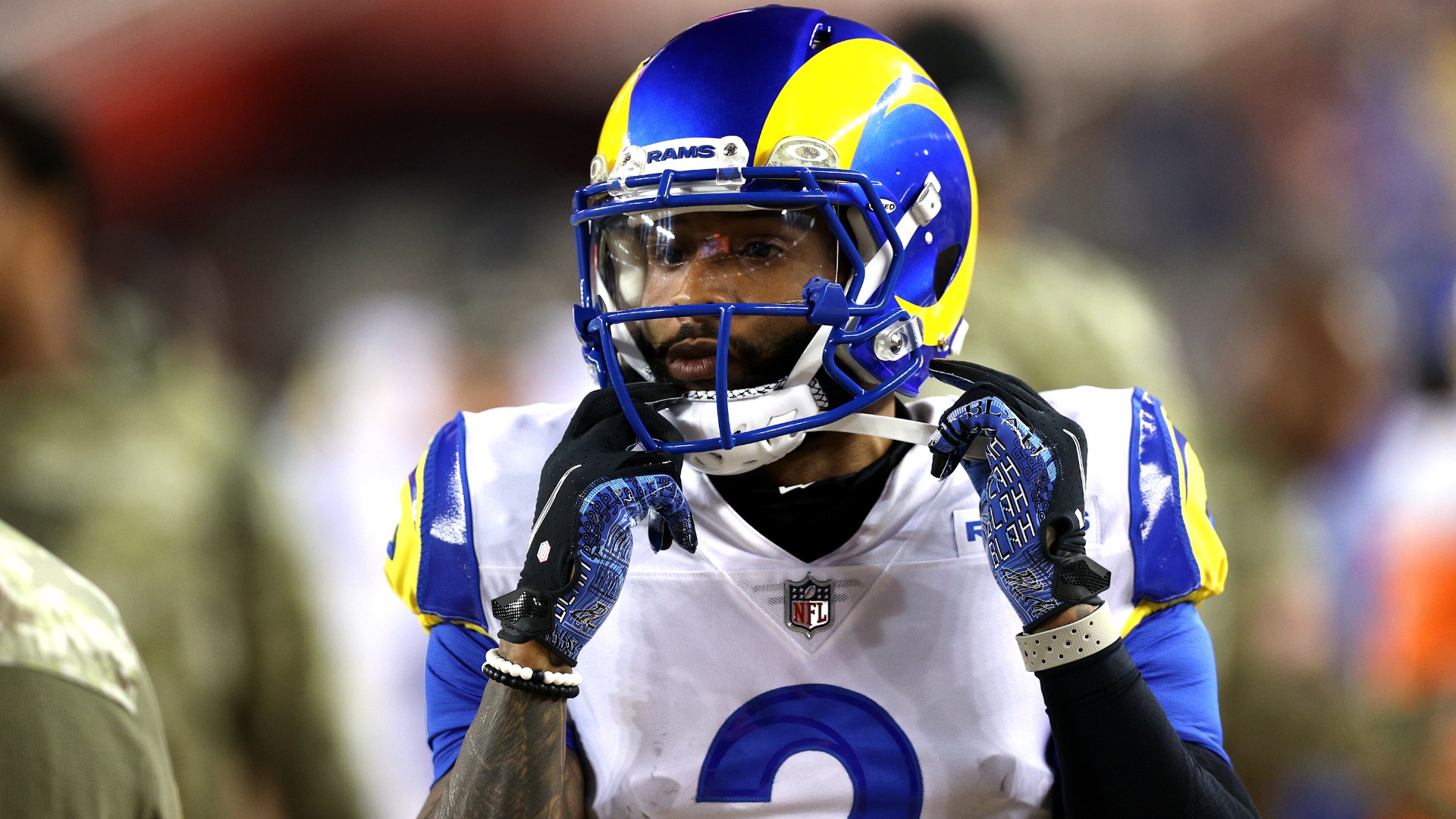 Odell Beckham Jr.’s highly anticipated Rams debut went exactly how you’d expect considering that he had been with the team for only a few days. He agreed to a contract with the Rams on Thursday afternoon and had just a couple of days of practice to ingratiate himself into the Rams’ offense.

It’s clear that Beckham’s incorporation into the Rams offense is still a work in progress after his new team’s 31-7 loss to the 49ers.

MORE: Why Odell Beckham isn’t wearing No. 13 jersey with Rams

Beckham started the game with a short catch on his first target from Matthew Stafford. However, just a few snaps later, Stafford had plenty of time in the pocket and tried to target Beckham downfield on a deep pass.

Stafford’s pass ended up going right into safety Jimmie Ward’s hands. Why? Stafford and Beckham had a disconnect on what type of route the receiver would run.

Stafford did, effectively, throw into double coverage with that pass, but Beckham also appeared to break off the route at the top. Had he run through, he may have had a chance to make a play on the ball. He did make a strong tackle, but that interception set the tone for the Rams in a sloppy performance.

It also demonstrated that Beckham still needs plenty of time to learn the Rams’ offense. It’s a bit unfair to judge him too much on this one performance — he was basically thrust into extra action because of Robert Woods’ torn ACL at practice on Friday, after all — but the point stands that he’s not going to be an immediate, big-time game-changer like some expected.

All told, Beckham finished the game with two catches for 18 yards on three targets. He played in just 15 snaps — or 27 percent of the offensive plays — and was targeted after the early stages of the second quarter. Seventh-round rookie Ben Skowronek saw action over Beckham as the Rams ran more of the hurry-up offense while trailing. He played 42 snaps but caught just one of five targets for eight yards.

Beckham was honest about his debut and his team’s performance in wake of the blowout loss.

The silver lining for the Rams, who are coming off back-to-back blowout losses in prime-time, is that they have a well-timed bye upcoming in Week 11. That will give them some time to regroup.

Beckham plans on using that time to learn more of the Rams playbook and offensive system. He’s hoping that will afford him a chance to contribute more against the Packers. And he’s encouraging his teammates to move on from the loss to be prepared for that contest.

“Lick your wounds and get ready for one of the best teams in the NFL, Green Bay at Lambeau,” Beckham said.