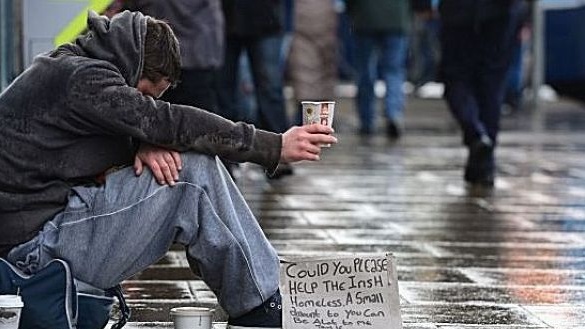 Minister for Housing Darragh O’Brien is to seek Cabinet approval for a new homeless action committee amid “serious concern” over increases in the number of people experiencing homeless.

It is understood the plan, which will see Mr O’Brien chair the committee, is being drafted in light of an increase in homelessness figures, which had come down at the height of the Covid pandemic before increasing again.

“Thankfully it’s a significant decrease on the 10,514 people who were homeless in October 2019 but still far too high,” a spokeswoman for Mr O’Brien said. “The number of people experiencing homelessness has increased over recent months and is of serious concern to the Government.”

An increase of 263 people experiencing homelessness was recorded in the most recent figures, with 1,005 homeless families – an increase from 953 the previous month. An additional 6,131 adults were recorded as homeless.

Mr O’Brien will also update Cabinet on wider trends in homelessness, including compliance with targets set down in the State’s Housing For All action plan.

He will also bring a memo on the establishment of a Commission on Housing, which is likely to consider the wording of a possible referendum on housing among other issues. The 12-member commission will be headed by former Housing Agency chairman John O’Connor, and will be established before Christmas. The intention is to form a series of sub-committees to deal with issues and seek expert views, as well as considering long-term housing policy.

The full terms of reference will be published after the establishment of the commission if approved by Cabinet.

Separately, Minister for Agriculture Charlie McConalogue and Minister of State Pippa Hackett will seek Cabinet approval for a €66 million decommissioning scheme to shrink the size of the whitefish fleet after Brexit shrank Irish fishing quotas. The scheme was set for Cabinet on Tuesday, although it may yet be put back a week.

The cost of the scheme equates to around 60 fishing trawlers or one quarter of the whitefish fleet. It will be 100 per cent funded by Ireland’s allocation from the Brexit reserve fund – some details remain to be ironed out with the Revenue Commissioners and State aid clearance with the European Commission.

The Department of Agriculture will also bring a joint memo with Climate Minister Eamon Ryan and Minister for Public Expenditure Michael McGrath to establish a new joint venture company between ESB and Coillte which will seek to develop €1.5 billion worth of onshore wind energy before the end of the decade.

The tie-up between the companies, which received approval from the competition watchdog in February, will be funded by loans from the semi-states rather than the exchequer.

It will see the establishment of a new company called FuturEnergy Ireland which will aim to deliver 1 gigawatt of renewable energy – mainly onshore wind farms – by 2030. The scheme will be called Project Pearl.

The output of the wind farm projects will be enough to power an estimated half a million homes, the companies have previously said.

Between 20-30 such projects could be developed under the deal, some of which would be on land controlled by Coillte.