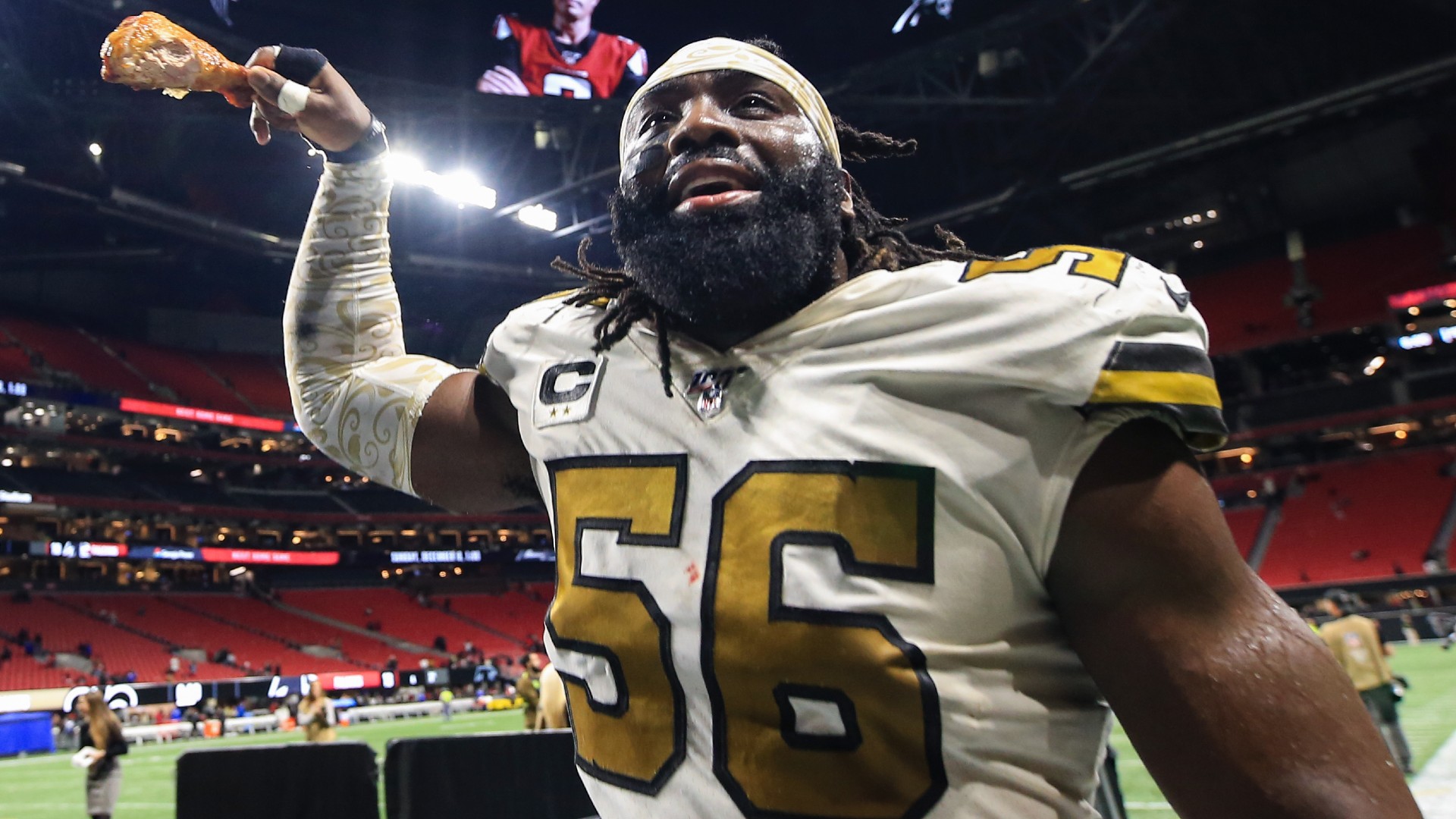 There is no food that goes hand-in-hand with Thanksgiving more than Turkey. And there’s no sport that is more synonymous with the holiday than football.

So it seems only natural that the two should come together on the field.

For years, the NFL has hosted games on Thanksgiving day, and dating back to 1989, the MVP of the game has been awarded not with a trophy, but with a turkey leg. Let’s face it, on Thanksgiving, that turkey leg is more exciting than any trophy that might be handed out anyway.

How did this tasty tradition come about? Sporting News dives in.

MORE: Why the Cowboys always play on Thanksgiving

During the 1989 Thanksgiving game between the Eagles and Cowboys, legendary commentator John Madden decided that the MVP for the game should receive a turkey leg as an award for their performance in the game.

Eagles linebacker Reggie White was the first-ever recipient of the turkey leg award after he led the Philadelphia defense to a 27-0 shutout of Troy Aikman and the Cowboys.

But the legend of the turkey leg award had further still to grow.

The following year, Madden again handed out the award, this time to Cowboys running back Emmitt Smith. Smith had taken 23 carries for 132 yards and two touchdowns in a 27-17 win against the Redskins. Following the game, Madden remarked that he wished he could give out six turkey legs, one to Smith and one to each of Dallas’ five offensive lineman, which prompted Joe Pat Fieseler, the owner of Harvey’s Barbecue Pit, to create a six-legged turkey, according to the Fort Worth Star-Telegram in an article from Nov. 25, 1998.

“We had to find turkeys that had a lot of legs on them,” Madden told the Star-Telegram. “There’s only one place you can get a turkey with more than two legs, and that’s in Texas.”

Fieseler explained that while it might look like a strange bird, it actually has an explanation from where it comes from.

“The story I like to tell is that these turkeys grow on a farm near the nuclear plant in Glen Rose,” Fieseler told the Star-Telegram.

The actual origin of the six-legged turkey is not that it’s a radiated bird. Two legs are, of course, natural and the other four are attached using three-inch wood skeers, according to the report.

To this day, turkey legs are still given to the top players in the primetime NBC game on Thursday night.

MORE: Why the Lions always play on Thanksgiving

Madden continued to bestow the award upon players until he left Fox in 2001, at which point, the network began giving out a small trophy called the “Galloping Gobbler.” The trophy looked like a small turkey wearing a helmet and striking a pose.

This award was less popular. Smith was the first winner of the award, claimed it looked like a Cris Collinsworth bobblehead, and after leaving it behind his locker, the award was later found in the trash, according to Fox Sports.

The award changed its appearance over the years, later turning into a bronze turkey statue holding a football, before in 2011, it was just changed into a plaque. It was retired in 2017, and was replaced with the “Game Ball,” which was then later replaced with a championship belt in 2019.

The origin of the turkey leg trophy is often tied with Madden’s turducken.

Madden explained to The New York Times in 2002 that he was introduced to the dish by a member of the public relations staff from the Saints. Madden said he didn’t have a plate or utensils, but that it smelled and looked so good, that he decided to dig in with his hands.