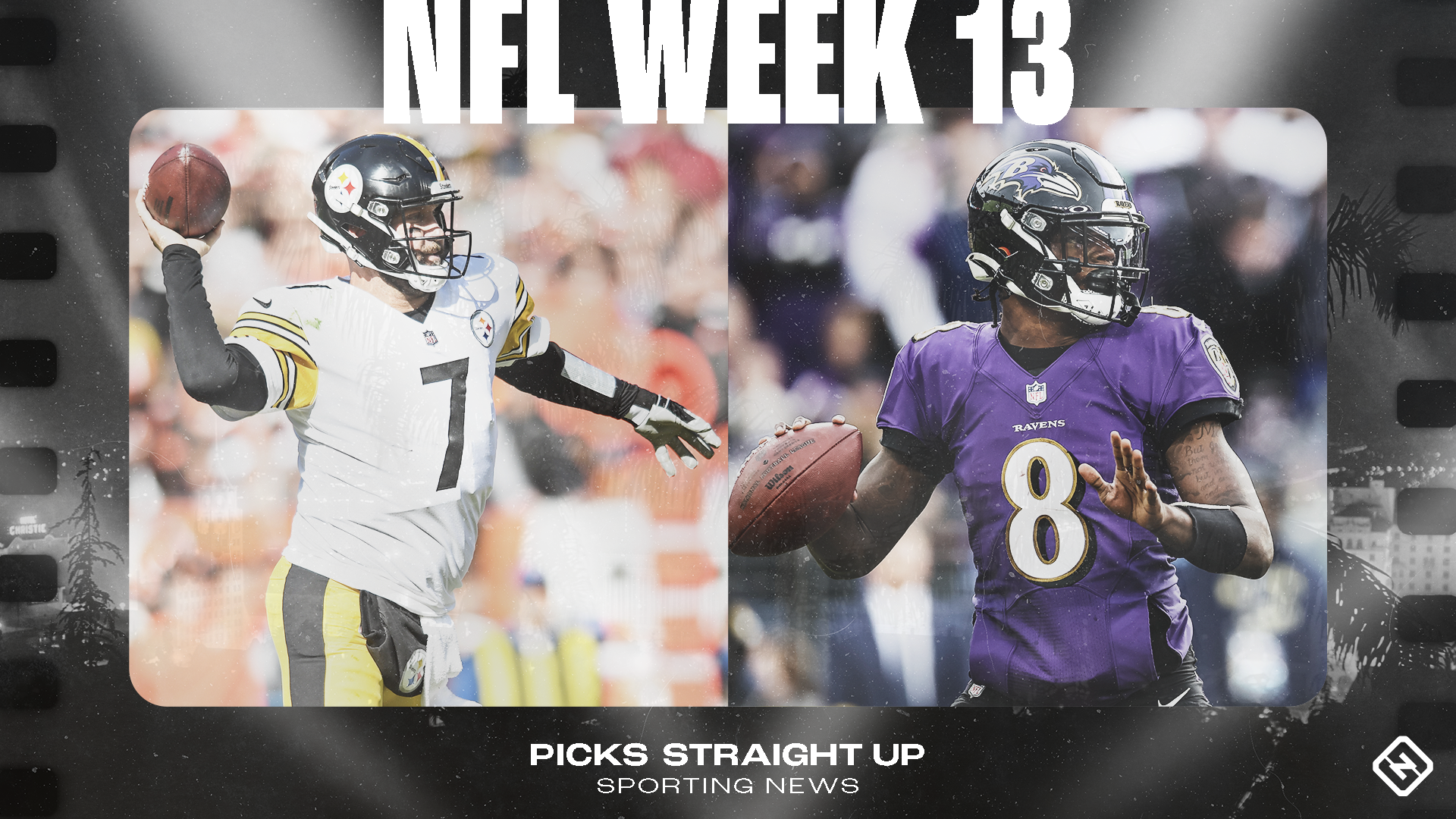 The AFC playoff race is again the focus in a Week 13 which features four pivotal games between contending teams.

Each week, Sporting News picks the NFL games straight up. A look at our track record so far:

Both teams are coming off Thanksgiving losses, and Cowboys coach Mike McCarthy (COVID-19) will not be on the sideline. Saints quarterback Trevor Seimian has struggled the last two weeks. New Orleans will be in desperation mode, but the Cowboys are the better team. They should get Amari Cooper and CeeDee Lamb back, too.

Tampa Bay is 5-6 ATS as a favorite this season, but they are surprisingly 4-1 ATS when the line is double digits. The Falcons rank 31st in the league in pass defense. Tom Brady will exploit that for the second time this season, but it’s a little closer on the road.

The Cardinals are coming off a bye week and hoping to get Kyler Murray and DeAndre Hopkins back from injuries. Justin Fields still is dealing with injuries to his ribs, so Andy Dalton could get the start again. The Cardinals win on the road, but it’s tougher than it looks.

The Bengals are coming off a statement game against the Steelers, and now the Chargers will make the cross-country flight for an early kickoff. Los Angeles beat Cincinnati 16-13 in Week 1 last season. The Bengals are 3-2 S/U at home this year, but Joe Burrow outduels Justin Herbert in a game with AFC Wild Card feelings.

It’s a matchup of two of the league’s worst run defenses, but Detroit’s DeAndre Swift and Minnesota’s Dalvin Cook could both miss because of injuries. The Lions lost a 19-17 heart-breaker in the first meeting. Could this be the time to get that first victory? Flip the score this time.

It’s a battle of former Bill Belichick assistants with Joe Judge and Brian Flores. Both offenses average less than 20 points per game. The Giants need to get Saquon Barkley on track against a Miami run defense that allows 104.9 rushing yards per game.

The Eagles were a dud in Week 12 against the Giants, but Jalen Hurts should be able to bounce back against a Jets’ defense that has allowed 266.2 yards per game. Zach Wilson is in his second start since returning from a knee injury, but the Eagles will come up with the key turnover in crunch time.

The Colts got away from the running game early in the loss to the Buccaneers, but Jonathan Taylor should get a full workload against a Texans’ defense that allows 135.6 yards per game. Carson Wentz adds a pair of passing TDs, too.

The Raiders had extra time after a crucial Thanksgiving victory against the Cowboys, and tight end Darren Waller avoided a major injury. Washington will be working on a short week, and the team is 2-3 S/U on the road. Las Vegas keeps its AFC playoff push alive with a home victory.

This is the biggest line of the week, but be careful. The Rams have lost three games and have failed to cover each of the last five weeks. Jacksonville is 2-0 ATS as a double-digit underdog, too. Matthew Stafford will get back on track at home, but the Jaguars will show some fight in the second half.

The Steelers are suddenly in desperation mode against the Ravens, who can take command of the AFC North with a convincing road victory. Baltimore can rely on the running game against a shaky Pittsburgh run defense, but the Ravens must protect the football better. Pittsburgh could steal an upset here, but we like Lamar Jackson to shake off the turnovers in a close one.

The Seahawks have the worst pass defense in the league at 279.6 yards per game. San Francisco’s Jimmy Garoppolo can work with that, but a playmaker at receiver will need to step up if Deebo Samuel (groin) misses time. Seattle won the first meeting 28-21, but the 49ers get payback and cover for the fifth time in six games.

The Chiefs had a bye week, and the Broncos had an impressive victory against the Chargers. That sets up what should be a fun matchup between the AFC West rivals. Kansas City is 4-7 ATS this season and has played three straight defensive struggles at home. This one will have more points.

The Bills are 5-5 ATS as a favorite, and they are matched up against the hottest team in the league in what should be a live atmosphere. These are the two best scoring defenses in the league, so it’s going to be tight. Will the Patriots run their win streak to seven games? We think they will.