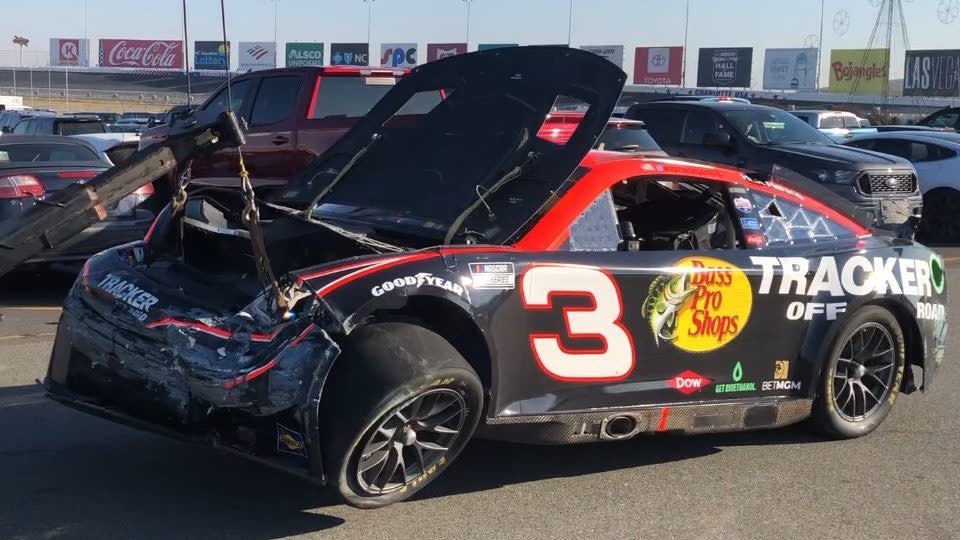 CONCORD, N.C. – The opening five hours of the Next Gen organizational test on the Charlotte Motor Speedway oval saw one car crash and three others spin.

“I think you’re going to see people crash a lot more than normal,” Alex Bowman said Wednesday after running a few laps. “I don’t remember the last test that we’ve been to that multiple guys were spinning out and crashing.”

Austin Dillon was the first to crash, although slick conditions in Turns 1 and 2 appeared to be more of a factor than anything else. He hit the wall a few minutes after Wednesday’s session started at 9 a.m. The car slid up the track and slammed into the SAFER barrier. Dillon was uninjured.

The front end of the car suffered extensive damage. Dillon’s car was transported to Richard Childress Racing in hopes of getting it repaired to test in the evening (Wednesday’s session is scheduled to end at 8 p.m. ET) or be ready for Thursday’s session.

Belief among those with the No. 3 team was that the track was slick from morning dew and that contributed to Dillon’s crash.

Bowman was on track when Dillon crashed and experienced those challenging conditions.

Larson spun on the apron early in the session and then spun off Turn 4 shortly before 1:30 p.m. ET in what was scheduled to be his final run of the day.

Hamlin also spun in Turn 4. He did not hit the wall.

Bowman said it is an adjustment for drivers with this new car.

“I would say the difficulty level by yourself is way, way harder than the previous Gen car was,” Bowman said. “The previous Gen car, like you could drive it really, really hard, especially here (and at Auto Club Speedway), the slick bumpy racetracks. You could run the thing sideways all day and not spin it out and slide it around quite a bit.

“This current car, it seems like you can slide it a little bit, but the line is much narrower, and if you cross it, you end up spinning out.”

Bowman was asked if it would make sense for a group of cars to run together at some point during this two-day test to see how the cars react in traffic.

“I wouldn’t be surprised to see that happen once people become more comfortable,” he said. “I think we need to know how the cars are going to react in traffic and around each other. They’re not going to make more grip. With all of us kind of on edge right now, we probably should get them dialed in a little closer first.”

NASCAR also has Next Gen organizational tests scheduled Dec. 14-15 at Phoenix, Jan. 11-12 at Daytona and in late January at Las Vegas.