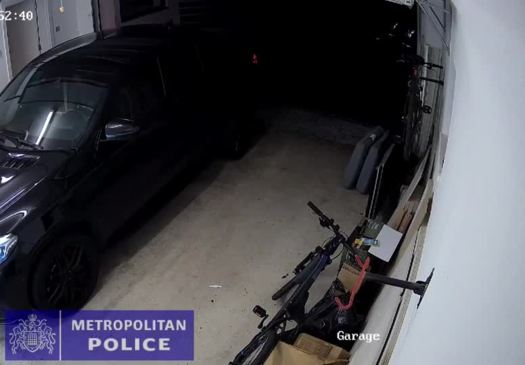 London’s Metropolitan Police have released footage showing the robbery of Brazilian soccer player Gabriel, a defender for Arsenal, at his north London home on August 20, according to local reports. The Metropolitan Police said in a statement: “At around 22:40hrs on Friday, 20 August, a 23-year-old man was returning home after a night out. As he got out of his car at his home address he was approached by three males, one armed with a baseball bat, who demanded his watch and his car keys. Following a brief struggle, the suspects left the scene with the keys to the victim’s Mercedes. They did not take the vehicle.” Gabriel was widely identified in the British press as the person seen in this security footage fending off an attacker. The attacker was sentenced to five years in prison for robbery and possession of an offensive weapon, according to local reports. Credit: Metropolitan Police via Storyful