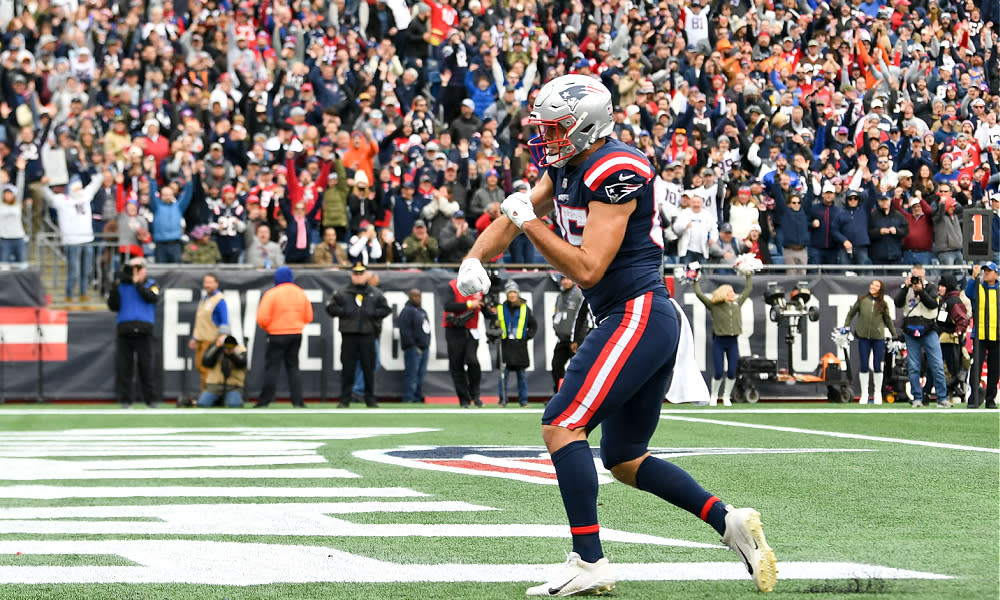 New England at Atlanta How To Watch

– All of the CFN Fearless Predictions

Why New England Will Win

The Atlanta offense has gone bye-bye.

Dallas might have been a wee bit motivated in last week’s 43-3 win over the Falcons – the Cowboys were embarrassed by Denver the week before – but that didn’t excuse a just over 200 yards of total Atlanta offense.

The running game hasn’t been there all year, there have been multiple turnovers in three of the last four games, and now New England gets to take advantage of all of that.

The D is among the best in the league at taking the ball away, the secondary hasn’t allowed more than 200 yards passing in either of the last two weeks, and on the other side, the running game is blasting away no matter who’s carrying the ball.

Why Atlanta Will Win

The Falcons have an interesting way of readjusting and bouncing back after miserable performances.

They’ve been painfully inconsistent, but Matt Ryan bombed away on Miami, and then did nothing against Carolina. The adjustment came – more midrange throws, sharper plays to get the ball out of his hands – the big yards were there against New Orleans.

Atlanta ran into a buzzsaw last weekend. That’s it. It’s possible to throw on New England, and it’s a must to get it out of its shell early on.

The Patriot formula has been working to almost perfection.

Run the ball, control the clock, win third downs, hit the field goals, run some more, and sprinkle in a few takeaways here and there.

It’s this simple. When Ryan throws for 300 yards, Atlanta wins. He’ll have a better day than he did against former Falcon head coach-now Dallas defensive coordinator Dan Quinn, but it won’t be enough.

New England will be +2 in turnover margin as it rumbles its way to another win.

5: Hard Knocks In Season: The Indianapolis Colts
1: Paris In Love