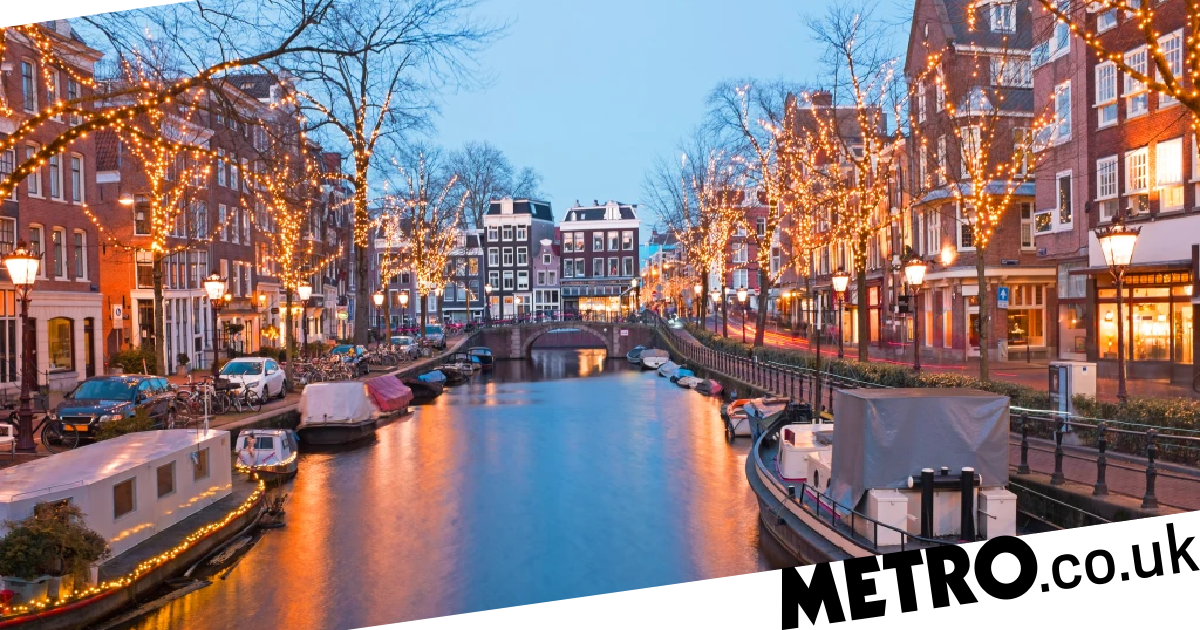 With Christmas almost here, many have been looking forward to festive breaks and New Year trips abroad.

And with its festive markets and quaint canal-side setting, Amsterdam is a popular winter holiday destination.

Also, with it being a short train ride away from London – it’s easy to see the appeal.

But with Omicron Covid cases dramatically on the rise, the Netherlands has implemented a full winter lockdown.

So what are the current Netherlands travel restrictions? And what do the new lockdown measures mean for tourists?

Is the Netherlands in a Christmas lockdown?

As of Sunday, December 19, the Dutch are under a strict version of lockdown.

Non-essential shops and bars are closed, and people are being urged to stay home as much as possible.

Events won’t be allowed. But takeaways, shops offering click and collect, and weekly grocery markets will be permitted.

Indoor mixing on Christmas Eve, Christmas Day and Boxing Day is restricted to just four guests, as it will be for New Year. Only two are allowed the rest of the time.

It’s thought the restrictions will be in place until at least the middle of January.

The Netherlands’ Prime Minister announced the new measures on Saturday, December 15, telling the public: ‘I stand here tonight in a sombre mood. A lot of people watching will feel that way, too.

‘To sum it up in one sentence, the Netherlands will go back into lockdown from tomorrow.’

Previously, tighter measures were rolled in throughout November and December in an effort to stop the spread.

What to know about Netherlands travel restrictions

Though a festive trip to Amsterdam from England, Scotland, Wales or Northern Ireland was possible a few weeks ago, the rules are changing.

Currently, the Netherlands classes the UK as a ‘very high risk’ country with a variant of concern – outside of the EU/Schengen zone.

For this reason, from Wednesday, December 22, all UK visitors to the Netherlands will need to self-isolate for 10 days on arrival.

Gov.uk confirms this rule applies to both unvaccinated and fully-vaccinated people.

Previously, double-jabbed UK travellers could enter the Netherlands if they showed:

Again, from December 22, this will no longer apply and the 10-day self-isolation period will be required for all Brits.

It could be cut down to just five days – if you receive a negative Covid test result from the GGD (the national public health authority) on Day 5 of quarantine.

On government.nl, you’ll find a checklist of travel requirements, plus a list of general exemptions to quarantine rules.

As things stand, UK nationals who are residents of the Netherlands should be OK to travel home.