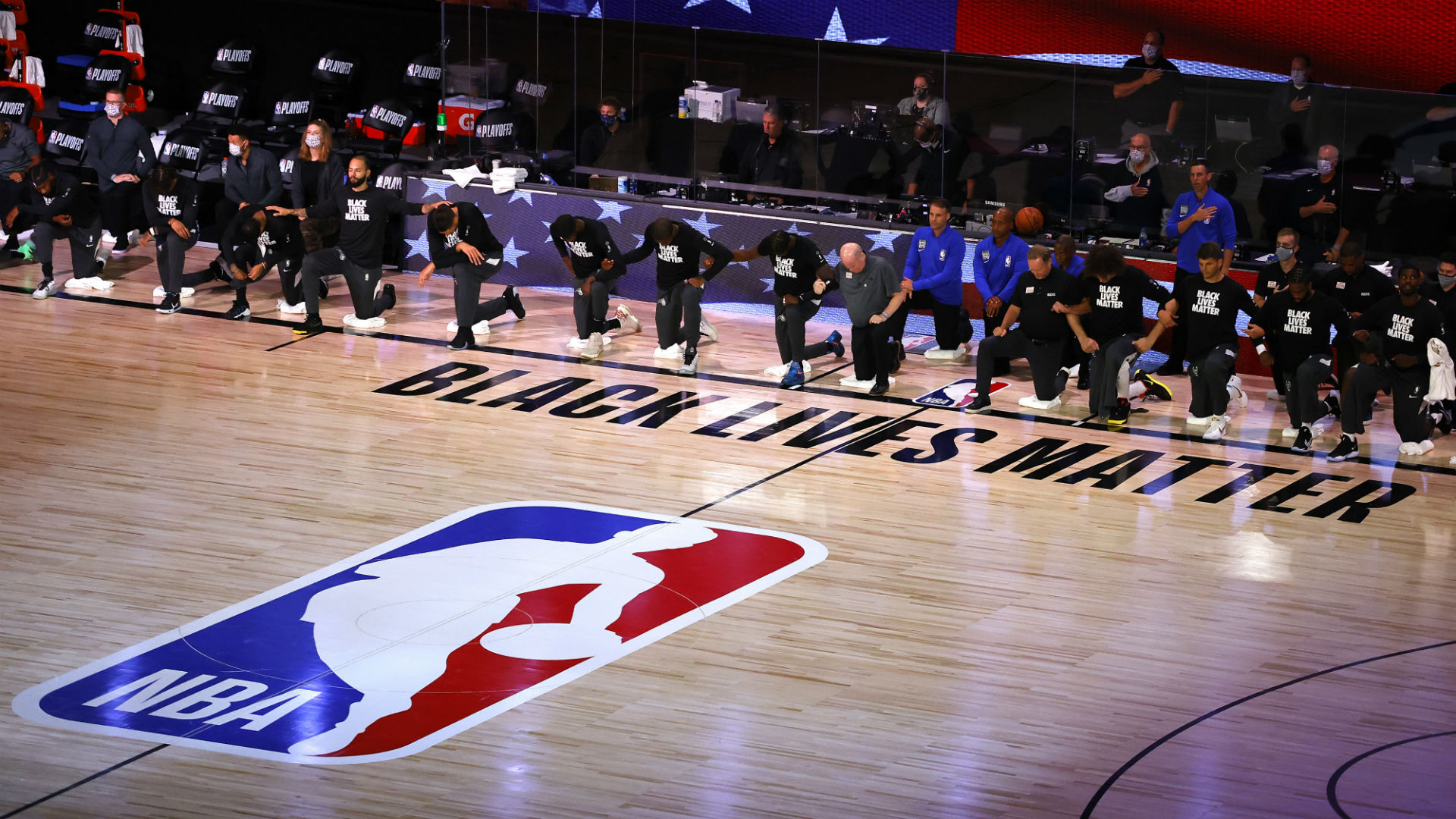 As the NBA has grown in popularity, so has the influence of its players. In recent years, members of the basketball community have raised their voices and stepped up their efforts in advancing social justice.

One particular date served as a major turning point in the NBA’s movement. On Aug. 23, 2020, Jacob Blake, a Black man, was shot multiple times in the back by Rusten Sheskey, a white police officer, in Kenosha, Wisc. The shooting left Blake paralyzed from the waist down and sparked several protests against police brutality and systemic racism in the United States.

At the same time, the NBA season was playing out inside the Florida “bubble” as the news emerged about the shooting, leaving the entire NBA community with the difficult task of staying engaged as the 2019-20 season resumed amid a global pandemic while also speaking to events happening in the real world.

On Aug. 26, 2020, the Bucks were scheduled to face the Magic in Game 5 of their first-round series. Milwaukee players never took the floor for pregame warmups, though, and Orlando players returned to their locker room once it became clear that the Bucks did not intend to play.

Hours after the game was supposed to tip off, Bucks guards Sterling Brown and George Hill delivered a team statement calling for the Wisconsin State Legislature to “take up meaningful measures to address issues of police accountability, brutality and criminal justice reform” in the wake of the Blake shooting. Milwaukee players also attempted to reach Josh Kaul, the attorney general of Wisconsin, according to The Athletic’s Shams Charania.

The NBA then announced that the three playoff games scheduled to be played that day had been postponed.

“The NBA and the National Basketball Players Association today announced that in light of the Milwaukee Bucks’ decision to not take the floor today for Game 5 against the Orlando Magic, today’s three games — Bucks vs. Magic, Houston Rockets vs. Oklahoma City Thunder and Los Angeles Lakers vs. Portland Trail Blazers — have been postponed,” the league said in its statement. Game 5 of each series will be rescheduled.”

Milwaukee’s decision reportedly caught the rest of the NBA off-guard, including the team’s front office, but Bucks ownership offered full support to the players.

“Although we did not know beforehand, we would have wholeheartedly agreed with them,” Marc Lasry, Wes Edens and Jamie Dinan said in a joint statement. “The only way to bring about change is to shine a light on the racial injustices that are happening in front of us. Our players have done that and we will continue to stand alongside them and demand accountability and change.”

Once games were postponed, multiple reports emerged indicating players would hold a meeting that evening to discuss the state of the season. Coaches were in attendance as well, but they were asked to leave at one point, according to ESPN’s Zach Lowe.

A few key items from that meeting:

A source told The Athletic’s David Aldridge the meeting ended “ugly” and there was uncertainty about what would happen the next day.

The league’s Board of Governors conducted an emergency call with NBA commissioner Adam Silver on Aug. 27, 2020, per multiple reports. NBA players also had a meeting scheduled at that time. Players eventually decided to resume the 2020 NBA playoffs.

James and other players reportedly changed positions after initially supporting a boycott of the season, saying it was in the best interest of the players’ movement to resume the season. A major source of frustration in the previous meeting “stemmed from players not being on the same page,” according to Chris Haynes of Yahoo Sports.

The NBA and the NBPA then announced three new initiatives after discussing what steps needed to be taken in support of social justice and racial equality:

On Jan. 5, 2021, Kenosha County District Attorney Michael Graveley announced that no charges would be brought against Sheskey in the shooting of Blake. The Wisconsin Department of Justice said that Blake had a knife in his possession.

“Jacob Blake, while actively resisting, arms himself with a knife,” Graveley said (via CNN). “It’s absolutely incontrovertible that Jacob Blake was armed with a knife during this encounter. … All the discussion that he’s unarmed contradicts even what he himself has said multiple times.”

However, an attorney for Blake’s family didn’t believe that Blake ever posed a threat to officers.

“I think that’s completely bogus and I think that is just a rationalization to try to show what is really, essentially, an intentional act,” B’Ivory LaMarr said after Graveley’s announcement. “It’s not against the law to have a knife. People have knives for a variety of different reasons. Jacob Blake is privy to having a knife.”

Graveley added that Blake would also not face charges.

Blake’s legal team shared their disappointment in the decision, as did NBA players upon hearing the news. James called the results of the investigation a “blow to the heart and to the gut.” Wesley Matthews, who was part of the Bucks team that led the “bubble” boycott, described the development as “disheartening.”

“It’s upsetting as a human being that justice isn’t justice. It’s tough,” Matthews said. “But it can’t knock us off our path that we’re trying to get to, which is equality and just simply right and wrong.”

The U.S. Justice Department announced on Oct. 8, 2021, that it would not pursue charges against Sheskey.

In the aftermath of the Blake shooting, one of the protests in Kenosha turned violent. On Aug. 25, 2020, Kyle Rittenhouse, then a 17-year-old from Antioch, Ill., shot and killed two men and wounded another man.

Rittenhouse, who claimed that he acted in self-defense, faced the following charges:

A jury for the Rittenhouse trial was selected on Nov. 1, and the trial began on Nov. 2.

Rittenhouse took the stand on Nov. 10 and told jurors that he shot the men because he had to “stop the people who were attacking me.” He also claimed that he was in Kenosha to protect private property and provide first aid.

At one point while he was on the stand, Rittenhouse broke down in tears, leading to a brief break. James posted on Twitter in response to a video of the moment captured by USA Today.

“Man knock it off!” James tweeted. “That boy ate some lemon heads before walking into court.”

Rittenhouse was acquitted of all charges on Nov. 19. The jury reached its verdict after deliberating for nearly four days.

Current and former NBA players expressed disappointment in the verdict.

Not like that but like that you can be white and get away with anything!!! I’m scared for my life and my kids life.. But African Americans is locked up for life for shit they didn’t do!!! Damnit man!!!!What about those peoples families?? No justice for anything? Fuck that judge

they show sympathy to those they see themselves in…

It’s wild how no one is surprised by this ruling! At this point, what is the point really? You can literally have random white people, as well as police, kill a unarmed black person/people and still get away with it.

This is the systems plan to normalize killing blacks as much as possible to where we don’t even complain anymore, not even surprised by it anymore.