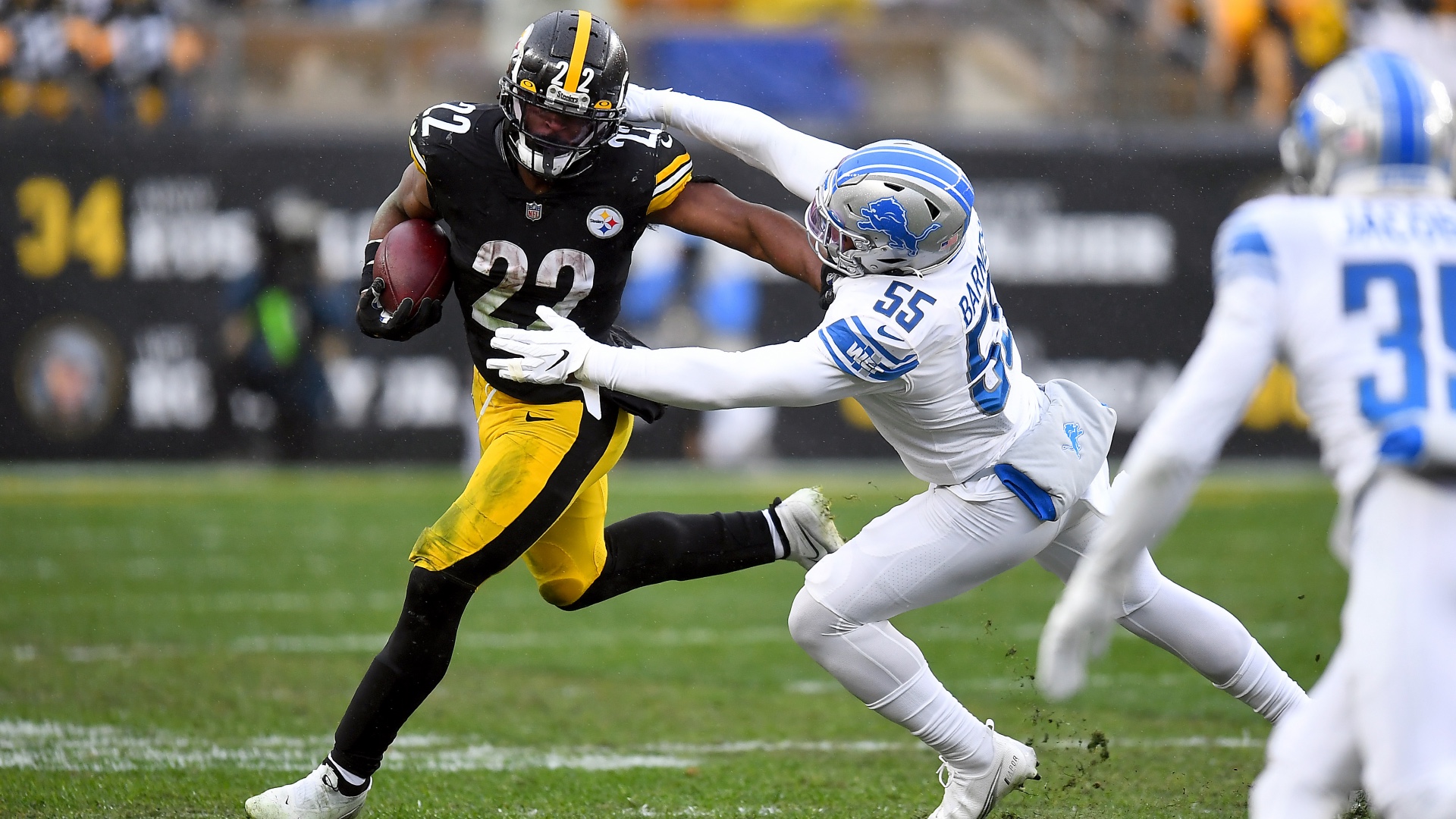 The Steelers and Lions game on Sunday ended in the first tie of the 2021 season, 16-16, after both teams failed to score in overtime.

For the Steelers rookie running back Najee Harris, it was also the first tie he had ever experienced in his football career. In fact, he admitted in the postgame press conference that he didn’t even know NFL games could end in a tie.

“I didn’t even know you could tie in the NFL,” Harris said, via DK Pittsburgh Sports. “In my mind, I was sitting on the bench saying to myself I have another quarter still. I ain’t ever had a tie in my life before.”

Harris said he didn’t know the game was over until someone on the Steelers sideline announced “It’s over” when Pat Freiermuth fumbled the ball with eight seconds left in overtime. Like Harris said, he was ready to get back on the field to try to win the game in double overtime, if that existed in regular season NFL games. During the regular season, NFL games are limited to a single overtime.

Harris wasn’t the only player on Sunday who was unaware of ties in the NFL. Lions running back Godwin Igwebuike told media after the game that he was asking people on the sidelines how many overtimes there could be. He supposedly was told that there could be two or three.

Lions RB/KR Godwin Igwebuike didn’t know either. He was asking around on the sideline how many OTs there can be. One person said three, another person said two. https://t.co/ceS1rPe1QY

The Lions game was the second overtime game of Harris’ NFL career. The Steelers eventually beat the Seahawks, 23-20, in their Week 6 OT game. No tie, there.

It’s no wonder that Harris hasn’t experienced a tie in his life since NCAA football games continue on past the first overtime period unless a touchdown is scored. Penn State and Illinois even played nine overtimes on Oct. 23 this season. In his four-year career at Alabama, Harris only experienced one overtime game, which occurred during Alabama’s win over Georgia in the 2017 season’s College Football Playoff championship, and that game only had one overtime.