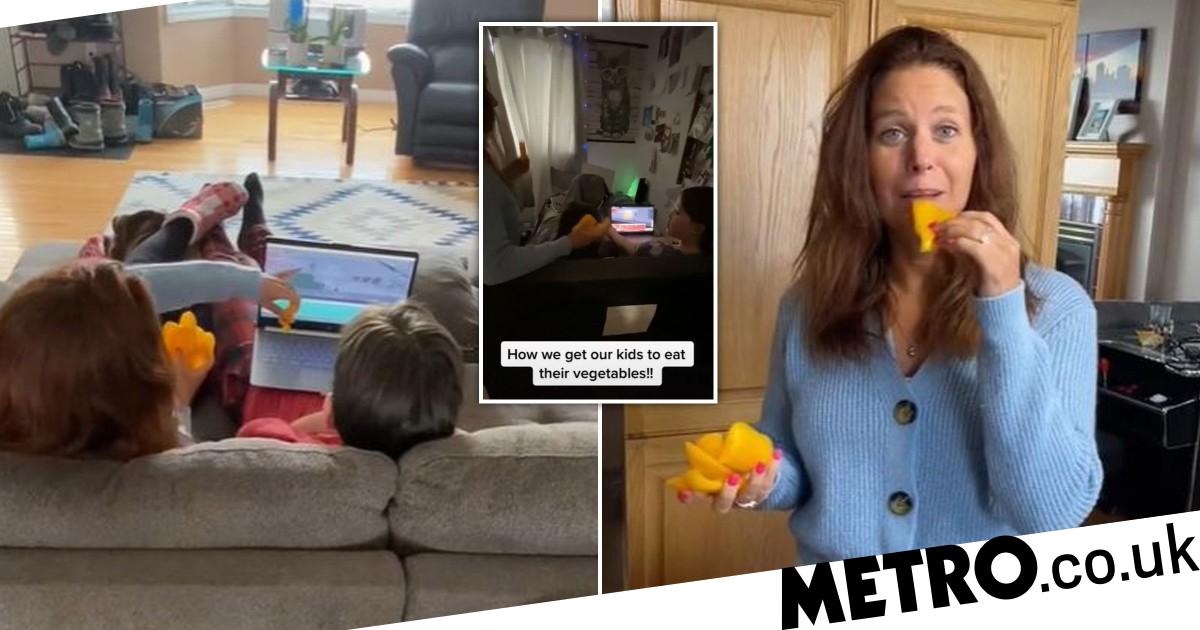 Getting children to eat their dinner can be challenging at the best of times.

Let alone when fruit and vegetables are concerned.

But a mum has shared a genius hack that gets her kids munching on healthy snacks.

AdAmyFam has take to TikTok to share a trick that works with her own children.

Essentially, her hack involves cutting up pieces of pepper and holding them in her hand.

Then, when she goes over to her kids, she nibbles on them while talking to them – before subtly offering them a piece mid-way through conversation.

She explains in her video: ‘I just go up to a child and start nibbling while I’m like, “What’s going on?” and I just hold them like this, no pressure, and we’ll see if they take it.’

In the video, the mum can be seen going up to her son playing on a computer and chatting to him about his game, before offering him a slice – which he takes.

She then goes to see her daughters and talks to them while eating.

Within seconds, both girls have asked for a slice of pepper – leaving their mum with only the piece she was eating left.

Other parents have chipped in praising the hack.

One person replied: ‘It’s a scientific fact that food tastes better out of your mom’s hands or off her plate.’

‘I’ve never wanted a pepper more in my life,’ another said.

Other parenting hacks doing the rounds on TikTok recently include a mum revealing how to hang babygrows to free up more space in wardrobes and cupboards.

Also, a nanny has shared a trick to get rid of baby’s painful trapped wind – and it’s not rubbing their tummy.


MORE : Children’s exercise levels dropped in lockdown – here’s how to get them moving


MORE : How to keep your kids safe online: Tech tips that modern parents should know