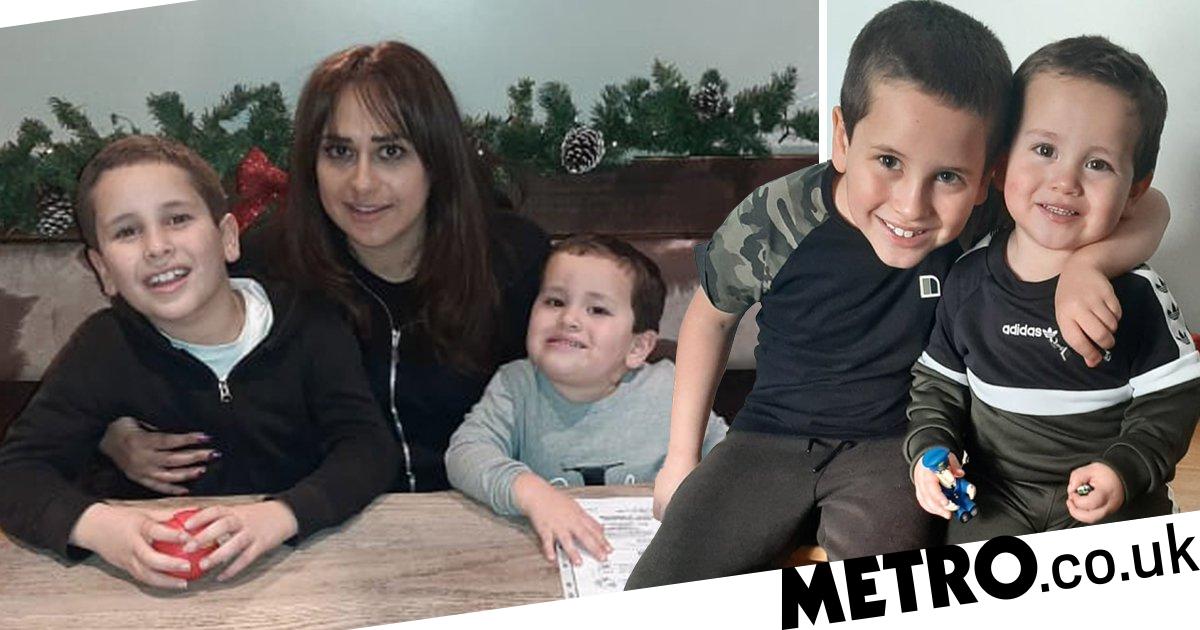 A mum received an unexpected birthday present on two separate years – as both of her sons were born on her special day.

Sophie Cheffins, gave birth to her eldest son, Noah, 10 days after his due date, on December 11 – which just so happened to be her 26th birthday.

‘I should have put a bet on it, I’m not sure what the odds are of it happening twice,’ says the 34-year-old mum.

Once Noah’s due date passed, Sophie said she had an inkling her first born would arrive on her birthday.

She added: ‘With Noah nurses induced me on the 10th and my waters broke at midnight – so I just knew he was going to share my birthday.’

Noah arrived at 4.11am and the new mum spent her birthday in hospital, but was able to leave that evening – which she says was the best present she could have wished for.

Then in 2017, when Sophie and her husband Michael found out they were expecting a second boy, the midwife joked he might arrive on the same date, too.

She said: ‘It didn’t enter my head that Jacob would come on my birthday, I was more concerned about Christmas Day as his due date was 30th December.

‘My birthday was 19 days before his due date, so I wasn’t worried – until the first week of December.

‘We were in the middle of moving house with a four-year-old, Christmas around the corner and suddenly I felt different and I just knew Jacob was going to be early.’

Sophie woke up on her 31st birthday at 7am to her waters breaking – and by 3.52pm, her second son had arrived.

It was also Noah’s fifth birthday – but he wasn’t so thrilled to share his special day.

‘He was at school and my mum picked him up and he didn’t understand that his baby brother was coming, he just wanted his parents and presents,’ Sophie adds.

‘My mum got him a cake and her gifts but he said it was a rubbish birthday – I later told him labour wasn’t my idea of a fun birthday either.

‘He did fall in love with Jacob when he met him and they get on great.’

Every year Sophie has to organise two personalised banners, two sets of numbered balloons and two cakes on the same day – for her boys now aged eight and three.

The family, from Southend, Essex, also have a jam-packed December with all three birthdays plus Christmas.

But dad Micheal says he actually prefers it this way.

The 31-year-old said: ‘I like to keep things simple in life, like having both your children and your wife’s birthday on the same day.

‘I have no excuse now to ever forget Sophie’s birthday.’


MORE : How parents can help children with ecoanxiety


MORE : Dog mum shares what life is like pampering her 12 miniature dachshunds