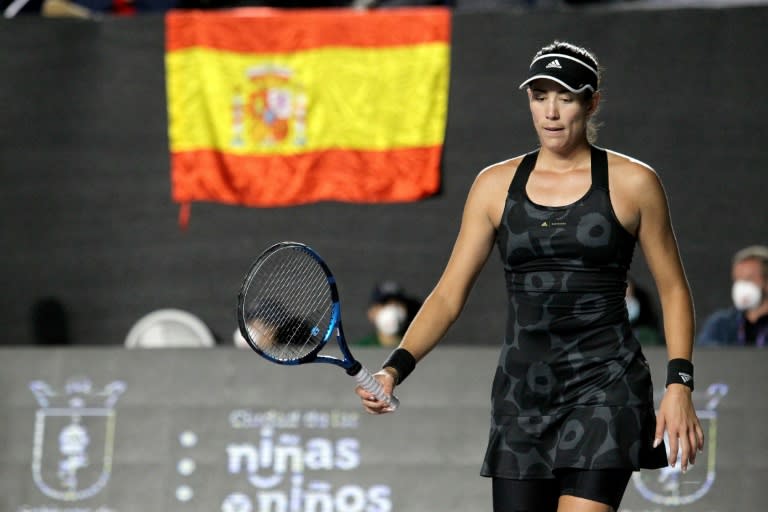 Muguruza, winner of the 2016 French Open and 2017 Wimbledon titles, capped a 2021 campaign that saw her return to the highest level with titles in Dubai and Chicago after three years outside of the top 10.

The 28-year-old is projected to end the year at number three in the world.

“I’m just very happy I proved to myself once again I can be the best, I can be the ‘maestra’, like how we say in Spanish,” she said.

“That puts me in a very good position for next year, a good ranking. How can I say? A good energy. It’s just the payoff for such a long year,” she added.

“My team and I worked hard. It pays off. Just shows us that we’re doing the right way.”

Muguruza said it was a delight to win “such a big, big, big tournament, the Masters, in Latin America, here in Mexico.

Arantxa Sanchez Vicario was the only other Spanish player to reach the WTA Finals championship match, falling to German great Steffi Graf in 1993 at Madison Square Garden in New York.

The prestigious event was moved to Guadalajara from Shenzhen, China, because of the coronavirus pandemic, and Muguruza — who won back-to-back titles in Monterrey in 2018 and 2019 — was a favorite of Mexican fans.

“Definitely I’m very supported here in Mexico,” she said. “I used it this week for sure.”

Muguruza battled back from a break down in the second set, winning the last four games of the match to seal her 10th career title, breaking Kontaveit at love.

She notched her second win of the tournament against Kontaveit, having ended the Estonian’s 12-match WTA win streak with a must-have round-robin victory on Sunday.

It was the seventh time in WTA Finals history that round-robin opponents have had a rematch in the final.

Kontaveit, whose late-season surge included four titles since August — at Cleveland, Ostrava, Moscow and Cluj-Napoca, is projected to reach a career-high ranking of seventh in the world.

She had dropped her serve just four times in four matches coming into the final but was broken five times by Muguruza.

“I’d like to congratulate Garbine,” Kontaveit said as she accepted her runner-up award. “You’ve beaten me twice this week, that’s just too good.”

Muguruza takes the crown that Australian Ashleigh Barty won in 2019 in Shenzhen. The Finals were cancelled in 2020 because of the pandemic and Barty opted not to defend her title amid the lingering travel restrictions caused by coronavirus.

The doubles title went to the Czech duo of Barbora Krejcikova and Katerina Siniakova, who beat Hsieh Su-Wei of Taiwan and Elise Mertens of Belgium 6-3, 6-4.

The Czechs finished the tournament unbeaten to claim their fifth title of 2021 — a haul that included their third career Grand Slam doubles title at Roland Garros and an Olympic gold medal in Tokyo.