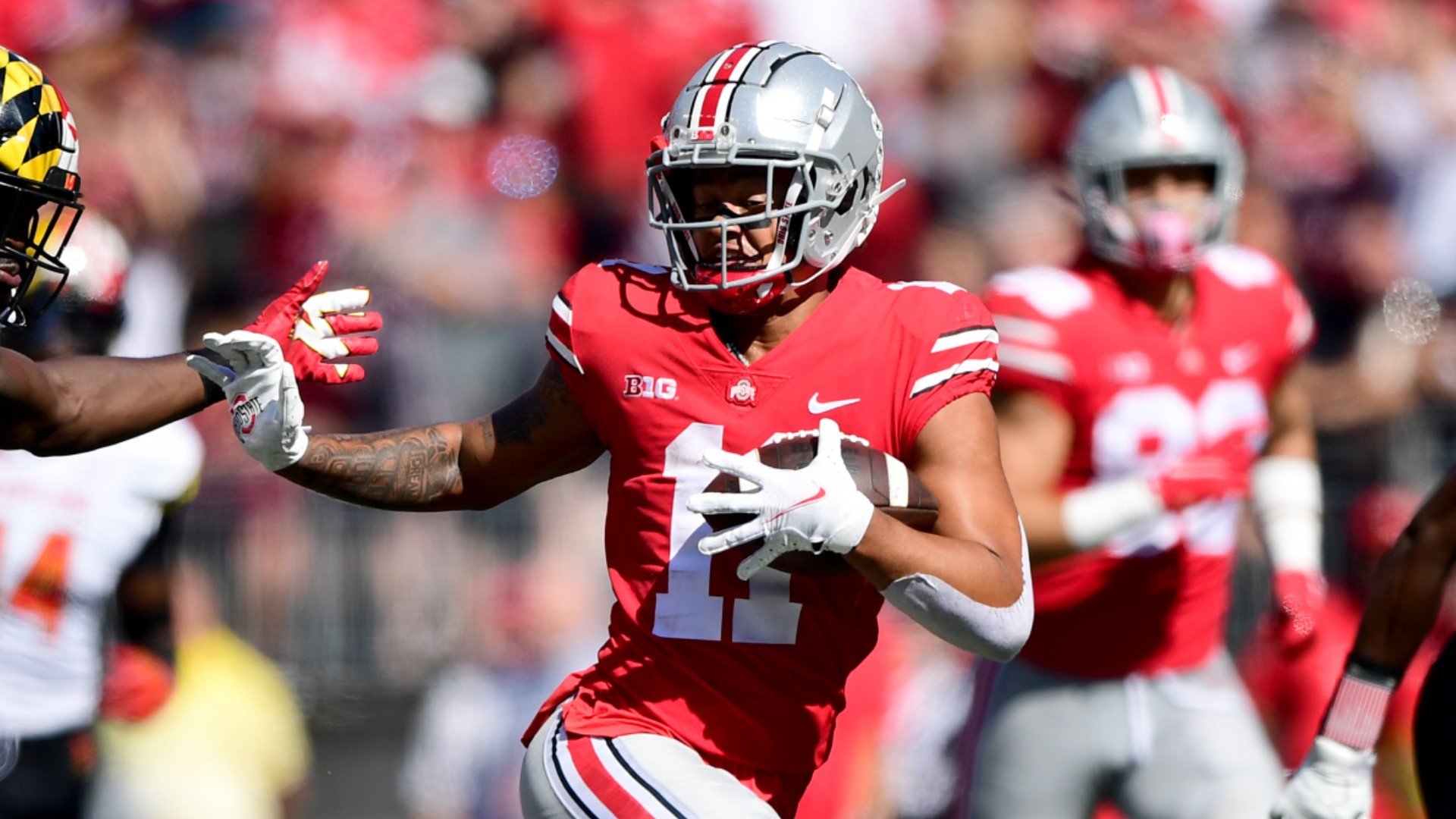 No. 7 Michigan State travels to No. 4 Ohio State in the third Big Ten, top-10 showdown of the 2021 college football season.

Kickoff is scheduled for 12 pm. ET at Ohio Stadium in Columbus, Ohio. The game will be televised on ABC.

Michigan State (9-1) has a chance to take control of the Big Ten East race. Heisman Trophy contender Kenneth Walker III leads the FBS with 1,473 yards and 17 TDs, and the Spartans have been the surprise team in the Big Ten under second-year coach Mel Tucker.

Ohio State (9-1) still hasn’t lost a Big Ten game under Ryan Day, and the Buckeyes have not lost a conference game at home since the 2015 loss to Michigan State. Quarterback C.J. Stroud has emerged as the Heisman Trophy favorite with a loaded offense that leads the FBS with 46.3 points per game.

The winner here will solidify its spot as a top-four team in the next set of College Football Playoff rankings. With that in mind, here is everything you need to know about betting on the Spartans and Buckeyes:

— The Spartans would have to break two imposing streaks. The Buckeyes are 24-0 S/U in Big Ten play with Day as head coach. Ohio State has won 24 consecutive Big Ten home games since the 17-14 loss to Michigan State on Nov. 21, 2015.

— Michigan State is 3-0 S/U and ATS as an underdog this season. The Spartans also are 3-0 in one-score games. Can they make it a four-quarter game?

— Ohio State has been favored by double digits in every Big Ten game this season, and they were 4-3 ATS in those seven games. Through that 24-game home win streak, Ohio State has beaten 11 ranked opponents by an average of 22.4 points per game.

— Ohio State’s three-headed monster. Stroud has the benefit of working with three legitimate future first-round receivers. Garrett Wilson (813 yards, 9 TDs) and Chris Olave (708, 11 TDs) were All-American candidates before the season, but Jaxon Smith-Njigba (1,027 yards, 5 TDs) has emerged as a consistent playmaker. The Spartans have the worst pass defense in the Big Ten at 329 yards per game. Safety Xavier Henderson is a playmaker with a team-high 10 tackles for loss, but he will have to be more active in coverage.

MORE: Sizing up the Heisman race

—Kenneth Walker vs. OSU run defense. Since giving up 200-plus yards in the first two weeks, the Buckeyes’ run defense has improved dramatically. In its last five games, Ohio State has allowed 65.8 rushing yards per game on 2.2 yards per carry. Walker presents the toughest challenge to date, and he has been adept at getting yards after first contact. The Buckeyes cannot have a regression on run defense.

— TreVeyon Time. There is another running back in this game, too. Ohio State’s TreVeyon Henderson averages 7.3 yards per carry and poses a huge test for the Michigan State defense. Linebacker Quavaris Crouch, a Tennessee transfer, has been a solid run stuffer. Henderson has been a big-time player at home, with 874 rushing yards and 13 TDs. He averages 7.7 yards per carry in home games.

Michigan State (71.6) and Ohio State (62.9) are the two most penalized teams in the Big Ten. The Buckeyes’ opponents have only averaged 39.7 penalty yards per game, and the Spartans need to be in that range on the road. That would help limit the number of Ohio State possessions in the game.

The Spartans need quarterback Payton Thorne to show out, and he will have down-field opportunities with receiver Jayden Reed. Ohio State is going to load up the box early to slow down Walker, too. The biggest challenge for Michigan State is slowing down the Ohio State passing attack, which found the next gear in last week’s victory against Purdue. Stroud will have another 300-yard game with three TDs, and Henderson will hit two more in the running game. Michigan State won’t be able to rally in the second half this time.