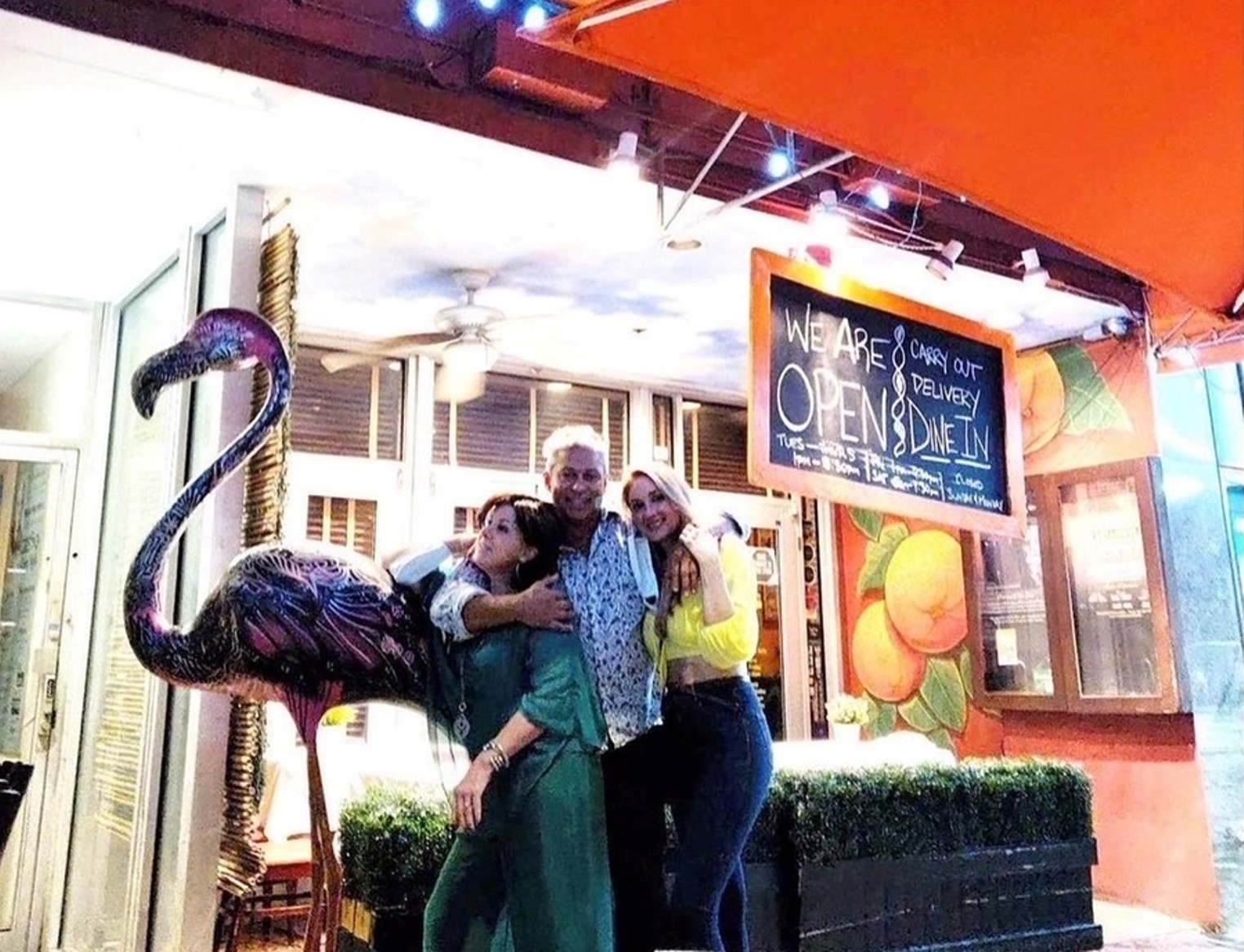 In 2002, an eight-foot-tall flamingo came into the lives of Cindy Hutson and Delius Shirley.

The flamingo was part of the Flamingo Project, a joint exhibition organized by the cities of Coral Gables and Miami Beach that called for 100 large flamingo sculptures created by local artists and installed in prominent locations across the county, then auctioned off for charity.

When the project ended, Hutson and Shirley bought one of the birds, which had been exhibited outside their restaurant, Ortanique on the Mile.

When Hutson and Shirley closed the restaurant in the summer of 2020, the flamingo (named Flora), came with them to live at their house, proudly guarding the front door.

Two nights ago, Flora was stolen.

In a moment of irony, the family was charging their doorbell camera so they don’t have footage of the incident. Hutson says the bird is so large and heavy that two people must have been involved. “They had to have had a truck or something and pulled it right up to the door. I can’t imagine carrying it across the yard. It’s eight feet tall and has a weighted bottom.”

Hutson and Shirley want the flamingo returned. “I want my bird back. It’s the sentimental value of it all,” she tells New Times. “A part of our family is missing,” her partner adds.

Though Huston says the bird holds sentimental value, Flora is also a rare bird, indeed. They recently had it repainted by artist Jona Cerwinske, whose original works fetch tidy sums.

Hutson says the flamingo reminds her of all the good times at Ortanique. “People would stop and take pictures with it. Flora was a part of the City of Coral Gables.”

“Maybe someone is trying to sell my flamingo as art. Stranger things have happened during Miami Art Week,” she notes, adding that she hopes the birdnappers treat Flora right. “If they lay it down, they might break its neck,” she worries.

If you see Flora anywhere around Miami or have any information, Hutson asks that you contact her through Instagram (@chefcindyhutson).

And she’s offering a reward: In return for information leading to Flora’s safe return, Hutson will treat a party of four to a private brewery tour at Cerveceria La Tropical in Wynwood, along with a $200 gift card and a case of beer.