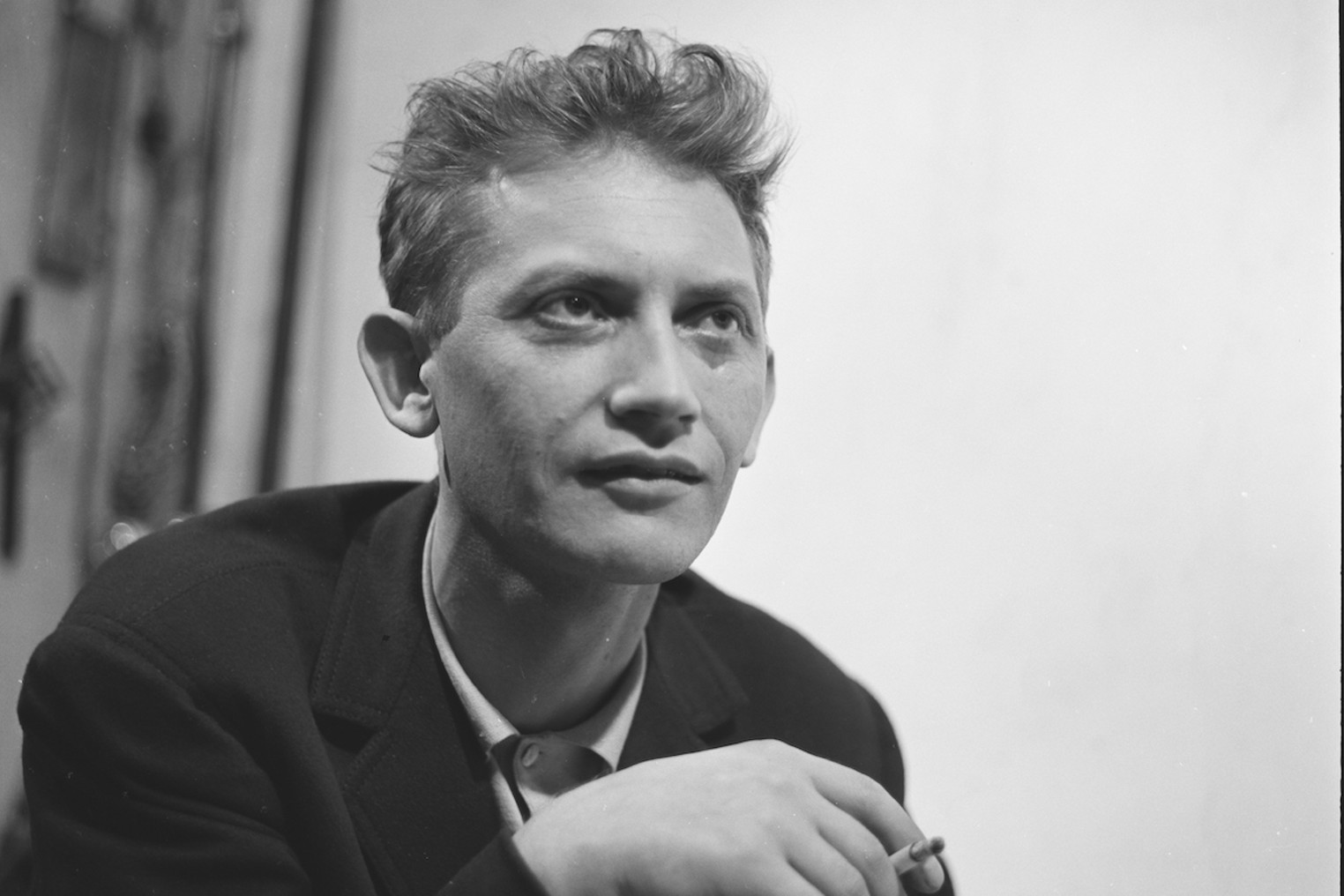 Art aficionados, casual fans, and clout chasers rejoice: Art Basel returns to Miami Beach after its 2020 cancellation. Though the event at the Miami Beach Convention Center, which is open to the public December 2-4, may be a gluttonous good time, providing everyone with a place to chug bubbly and gawk at celebrities, the exhibits that go on around Miami during this time provide equally, if not more enticing experiences to art lovers. Miami Art Week gives the city’s diverse collection of museums the chance to bring their A-game, exposing out-of-towners and locals to some of the most cutting-edge art the Magic City has to offer.

The following alphabetical list covers only a handful of the many exhibitions you’ll want to seek out during Miami Art Week.

Photo courtesy of the artist

South Beach’s charming and eclectic contemporary art museum is a stone’s throw from the action at the Miami Beach Convention Center. Naama Tsabar’s “Perimeters” is on view here, though sound is a significant component of the Israeli-born artist’s work, which explores the intersection of architecture and music. Modified guitars and amplifiers are common tools for Tsabar, and “Perimeters” will transform the gallery into a playable instrument, with a fusion of sculpture, performance, and noise. Also on display is a collaboration between LA-based artist Alex Israel and Snap Inc. (Snapchat and Bitmoji). “Alex Israel x Snapchat” will allow visitors to use their phones to interact with five different instances of augmented reality, giving way to a unique and entirely modern artistic experience. “Perimeters” on view through April 17, 2022, and “Alex Israel x Snapchat” on view through May 1, 20221, at 2100 Collins Ave., Miami Beach; 305-673-7530; thebass.org. Tickets cost $8 to $15.

Shuvianai Ashoona’s “Drawings,” on view through May 1, 2022, represents the Inuit artist’s first U.S. museum presentation, featuring pieces that illustrate the evolution of indigenous Arctic life. Ellen Lesperance’s “Amazonknights” showcases the Minnesota-born artist’s reverence for feminist activism through a series of new and existing paintings and sculptures. This exhibit will be on view through March 27, 2022. “And, perhaps, here, between” is Colombian- and Mexican-American artist Harold Mendez’s collection of found objects and cast sculptures, including a nearly one-ton counterweight sourced from a scrapyard in Captiva, Florida. During Art Week, the ICA’s central stairwell will be transformed by London-born artist Anthea Hamilton, whose work features faux fur-covered walls and oversize plush sculptures of colorful Lepidoptera. The stairway exhibit will remain until November 1, 2022. Hugh Hayden is a New York-based architect-turned-artist, and his exhibit, “Boogey Man,” will be on view until April 17, 2022. This one features anthropomorphic creations laboriously carved from wood. Finally, Jadé Fadojutimi’s “Yet, Another Pathetic Fallacy” will be the London artist’s first solo museum presentation, which features imposing, abstract paintings. “Yet, Another Pathetic Fallacy” will also be on view until April 17, 2022. 61 NE 41st St., Miami; 305-901-5272; icamiami.org. Admission is free, though advance tickets are recommended for guaranteed entry.

Museum of Art and Design at Miami Dade College

MOAD opened a trio of new exhibitions earlier this month. “For the Time Being” is the first American museum exhibition featuring the work of Icelandic conceptual artist Hreinn Fridfinnsson, who uses everyday materials to create minimal but revelatory works. Jorge Pardo’s “Mongrel” features modified furniture and quasi-abstract drawings to illustrate the artist’s own childhood and his experience as a refugee from Cuba. It’s fitting that this Pardo exhibition is housed at the Freedom Tower, considering the building’s former role in processing Cuban refugees fleeing to Florida. Finally, “Constructed Color” sees Venezuelan-born Loriel Beltrán’s impressive use of layered paint, cut from boxlike molds, to create abstract pieces dense in color and significance. On view through Sunday, May 1, 2022, at 600 Biscayne Blvd., Miami; 305-237-7700; moadmdc.org. Tickets cost $5 to $12.

“My Name is Maryan” is a retrospective on the late Maryan S. Maryan (born Pinkas Burstyn), the iconoclastic, Polish-Jewish artist whose arresting paintings juxtapose violent and sexual imagery with abstract expressionist techniques. Though he may have refused to admit it, his work seems to have been influenced by an upbringing plagued by the Holocaust: Burstyn was the sole survivor of his family after their imprisonment in the Auschwitz and Birkenau concentration camps. After the Holocaust, he moved to Palestine, shed the name which under he was imprisoned, adopted the moniker “Maryan,” and began a successful, albeit tumultuous international artistic career. “My Name is Maryan” will feature never-before-exhibited works from the artist and will be, according to the MOCA, “the first exhibition to holistically examine all periods of Maryan’s life and work.” On view through March 20, 2022, at 770 NE 125th St., North Miami; 305 893 6211; mocanomi.org. Tickets cost $3 to $10.

Though Art Week is mostly a Miami-based experience, it does extend farther north into calmer Broward County. NSU Art Museum will participate in the festivities, beginning with “The Art of Assemblage,” which opened November 20 and which takes sculptures and found objects from various artists and presents them in unlikely combinations. December 4 brings a musical performance and Q&A by Birmingham-born artist and musician Lonnie Holley. Holley’s performance will feature soulful improvisatory singing and piano playing, with accompaniment by drummer Marlon Patton. Afterward, he’ll have a discussion with Ariella Wolens, who serves as curator for the museum. This is a free event that runs from noon to 1 p.m. and will also be available to view over livestream. On view through Sunday, February 13, 2022, at 1 E Las Olas Blvd., Fort Lauderdale; 954-525-5500; nsuartmuseum.org. Tickets cost $5 to $12.

Not to be confused with the Frost Science Museum, the Patricia & Phillip Frost Art Museum is located much farther west, on the campus of Florida International University. Here, over 180 pieces of visual artwork created by the legendary singer-songwriter and Nobel Prize winner Bob Dylan are on display. “Retrospectrum” is an expansive exhibition of Dylan’s visual art, spanning six decades, and positioning itself within the broader body of the musical and literary creation the 80-year old icon is best known for. The work featured here ranges from paintings and drawings to ironwork and ephemera. “Retrospectrum” is organized by Shai Baitel, artistic director of Shanghai’s Modern Art Museum. On view through Sunday, April 17, 2022, at 10975 SW 17 St., Miami; 305-348-2890; frost.fiu.edu. Admission is free.

At the edge of glittering Biscayne Bay sits Pérez Art Museum Miami (PAMM), the Magic City’s beautiful, sprawling, modern-art museum. On display is “Pretentious Crap,” created between 2010 and 2011 by Syrian-American artist Zhivago Duncan, who is currently based in Mexico City. A large-scale sculpture made from Styrofoam, wax, and miniature railroad tracks, among other found objects, “Pretentious Crap” follows the story of a fictional Dick Flash, who roams a post-apocalyptic world, hoarding objects belonging to a past civilization and repurposing them in the wooden cabinet on display. According to Duncan, the character of Dick Flash in this exhibit “fabricates a new iconography, commemorating his interpretation of an extinct empire and its tragically flawed constituents.” On view through Sunday, September 25, 2022, at 1103 Biscayne Blvd., Miami; 305-375-3000; pamm.org. Tickets cost $12 to $16.

The Rubell Museum is a wonder: an unassuming industrial complex amid the quaint old houses of Allapattah whose 40 galleries boast art from some of the most respected American contemporary artists, including Keith Haring, Jenny Holzer, and Jean-Michel Basquiat. For Art Week, the Rubell will feature exhibits from its two 2021 artists in residence, Otis Kwame Kye Quiacoe and Kennedy Yanko. Quiacoe is a Ghanan painter whose work utilizes luscious colors and textures to create powerful portraits of his family and friends. His upcoming exhibition explores the birth of twins through double portraiture and uses the triptych form to present a new perspective on the classic trope of the American cowboy. Yanko is a painter and sculptor based in Bushwick. Her Art Week exhibit will feature sculptures “I am flower,” “I am water,” and “I am that,” which were created using objects found throughout scrapyards in South Florida. On view through October 2022, at 1100 NW 23rd St., Miami; 305-573-6090; rubellmuseum.org. Tickets cost $10 to $15.

Photo courtesy of the Wolfsonian-FIU

Two new exhibits are on view at the Wolfsonian for Art Week. “Aerial Vision” explores two of the most significant 20th-century inventions, airplanes and skyscrapers, and how they symbolize a more abstract feeling of human accomplishment. The exhibition will utilize paintings, posters, and furniture to illustrate the connection between industrial creation and its artistic consequences. “Shameless” features career highlights and new work from Rotterdam-based designer Bas van Beek; that exhibition will also display 3D-printed objects Van Beek created in collaboration with students from Florida International University and the Royal Academy in the Hague. On view through Sunday, April 24, 2022, at 1001 Washington Ave., Miami Beach; 305-531-1001; wolfsonian.org. Tickets cost $8 to $12.