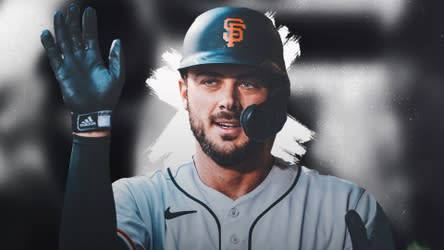 When Javier Baez agreed to a six-year deal worth $140 million with the Detroit Tigers on Tuesday, the Mets lost a player who excelled after being acquired from the Chicago Cubs last season, and was one of the best fits for them when the offseason began.

But as Steve Cohen and Sandy Alderson and Billy Eppler combined to work on a flurry of moves that started to come to fruition last week, the odds of a reunion with Baez went down.

As the Mets signed — in order — Eduardo Escobar, Mark Canha, Starling Marte, and Max Scherzer — their needs started to get addressed and their payroll soared to an astronomical level that will continue to go higher.

Per SNY’s Andy Martino, the dynamic with the Mets regarding the potential return of Baez changed after the Marte deal on Friday.

And while the Mets could have afforded Baez, who got just $15 million more than the $125 million the Mets initially offered, they were right to let him go.

In a world without Marte, Escobar, and Canha in the lineup (and without the money now dedicated to Scherzer), Baez would’ve been an ideal fit for the Mets.

He would’ve slotted in at second base, to the left of his friend, Francisco Lindor, as the two of them formed the most dazzling middle infield combination in baseball.

Baez’s bat, still incredibly valuable and powerful despite all the swing-and-miss in his game, would’ve fit nicely in a lineup that badly underperformed last year.

But the addition of Baez would’ve also added another enormous contract to a payroll that already has Lindor, Jacob deGrom, and now Scherzer.

And if the Mets are going to add another big contract this offseason, it makes more sense for it to be a player who has more positional versatility than Baez.

Now, whether or not the Mets go after another big bat remains to be seen.

I think it would behoove the Mets to add one more impact hitter, but I disagree with the notion that they’ve downgraded their offense this offseason.

If they keep Jeff McNeil (more on him in a bit), it’s fair to expect a bounce back.

And it bears repeating that after Lindor got acclimated to New York last year, he spent the rest of his season hitting like vintage Lindor.

When it comes to their offense for 2022, what the Mets have right now is possibly one hole to fill (either at second base or third base).

They also have Escobar and Canha on two-year deals, meaning they could potentially sign someone who can play the infield now and slide to the outfield in a year or two.

It would be ideal if that player had the versatility to play multiple infield and outfield positions, which would also give the Mets greater flexibility in advance of the arrival of some of their top prospects — including Mark Vientos, Brett Baty, and Ronny Mauricio — who could become lineup staples as early as 2023.

That player, of course, is Kris Bryant, who is one of the big names left on a free agent market that also still includes Trevor Story and Carlos Correa.

With Bryant, the Mets would be adding someone who can play third base, first base, and both corner outfield positions.

They would also be injecting some much-needed thump into a lineup that can use more power.

Adding a player like Bryant would likely mean the end of McNeil’s Mets tenure, but they would then have the option of dangling him in a trade that could possibly bring back another starting pitcher.

In the event the Mets don’t add Bryant or another impact bat, they can simply start McNeil at second base and let him do his thing, which — from 2018 to 2020 — was being a damn good hitter.

The Mets don’t have to do anything. What they’ve done so far this offseason has put them in a position where they can be choosy and methodical.

But if they want to do something, signing Bryant would be the perfect cherry on top to an offseason that has already been huge.