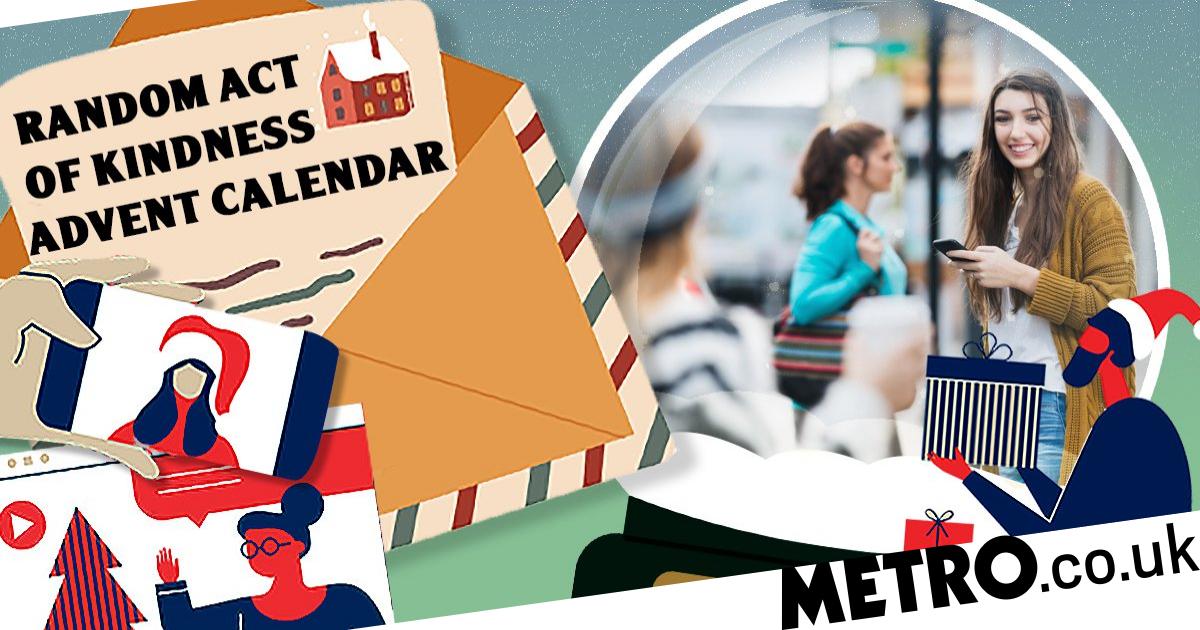 This Christmas, we decided to do an advent calendar with a difference, where instead of opening a treat, you get a random act of kindness to do each day.

After you’ve revealed your chocolate or beauty product counting down to Christmas, you can do a good deed and make someone’s day in the meantime.

You’ll spread festive cheer, get a warm and fuzzy feeling knowing you helped someone else, and ensure you remain on the nice list for another year – what’s not to love?

Behind the digital door on day six are loads and loads of compliments.

Today’s act of kindness: Make someone smile by complimenting them.

Remember the last time a passer-by told you your hair looked great or your smile was infectious?

You probably do, because a random compliment has the ability to stick in your mind long after the person who gave it is gone.

For today’s random act of kindness, don’t hold back when you want to tell a stranger something nice. Ask them where their dress is from or laugh at that joke you overheard from the next table, because life’s too short not to.

To be clear, you should never catcall or make inappropriate comments. This is about making someone’s day, not objectifying or being rude to them.

If someone isn’t engaging with you, don’t force it. It’s not a personal snub, and continuing to interact after they’ve shown they’re not interested has the opposite effect to what you’re going for.

Try to simply weave positive comments into your day-to-day routine, eschewing any Londoner tendencies to ignore people around you.

As well as seeing smiles galore as people react to your compliments, you open yourself up to kindness as a lifestyle – and that can only be a good thing.


MORE : What is ‘Asianfishing’ – and why is it so problematic?