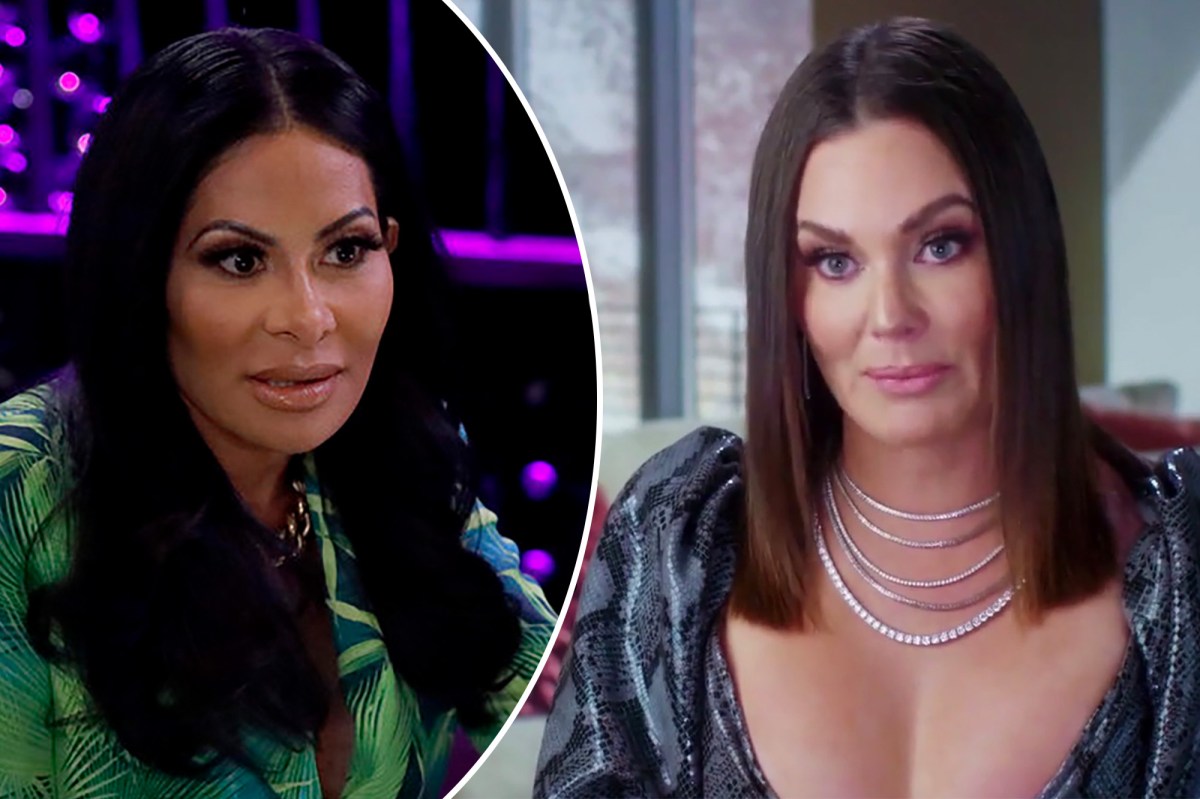 Is she guilty of much more than being Shah-mazing?

On Sunday night’s episode of “The Real Housewives of Salt Lake City,” Meredith Marks told a story in the wake of Jen Shah’s arrest, claiming that the latter “Housewife” was allegedly involved in a case of retail theft — before getting cuffed by feds in March for alleged fraud and money laundering.

“In late September [2020], I was with my entire family. We were all in New York. And I have, like, eight missed calls from Jen,” the accessories designer, 49, told Lisa Barlow, Heather Gay, Mary Cosby, Jennie Nguyen and Whitney Rose during a cast dinner in Vail, Colo.

Marks went on to say that Shah, 47, told her that she was trying to enter her Park City, Utah, shop, but couldn’t because it was closed by the time she arrived.

“I was at dinner and I called her back and she’s like, ‘Oh, we’re good. I was trying to get into your store. It was closed. I was banging on the door, but your manager reopened for me.’ Great. So, she left. My manager called me and I’m like, ‘Oh great, what did she buy?’”

According to Marks, her manager said that Shah spent “a few hundred dollars” — but noted that a snakeskin clutch was notably missing after the embattled Bravo star and her associates left.

“[My manager told me], ‘There is a green clutch that I know was here. Her friends were holding it and it is gone,” Marks said. “So, I said to my manager, ‘Send her a text and just gently say, “Did you borrow it?”‘”

She continued, “And within 30 seconds, my manager’s phone is ringing and on the other end is [redacted] and [redacted] says, ‘I’ll bring the bag back tomorrow.’”

What’s more, Marks obtained video footage of the alleged incident, which aired on the latest installment of “RHOSLC.”

“Jen did not walk out with a bag,” Marks said in a confessional. “But what really didn’t sit well with me is she kept someone who she knew did take something out of my store in her employment. That’s not my friend.”

As viewers will recall, Marks and Shah feuded earlier this season over homophobic language that Shah used against Marks’ son, Brooks, on social media. Though the pair had briefly patched things up, Marks admitted that she was “not surprised” by Shah’s legal miseries that began playing out on the Nov. 7 episode of “Salt Lake City.”

Shah and assistant Stuart Smith were arrested for allegedly ripping off hundreds of victims in a widespread telemarketing scam targeting elders. The two pleaded not guilty to the charges in April. Shah’s trial is scheduled for March 2022.

During the Shah-free group scene, Marks also claimed that she heard her onscreen adversary is “red-flagged” in Louis Vuitton’s retail system because she allegedly pays in cash when she shops there.

In a confessional, Barlow, 46, couldn’t help but quip, “Being red-flagged at Louis Vuitton would be far worse than the feds knocking on my door.”