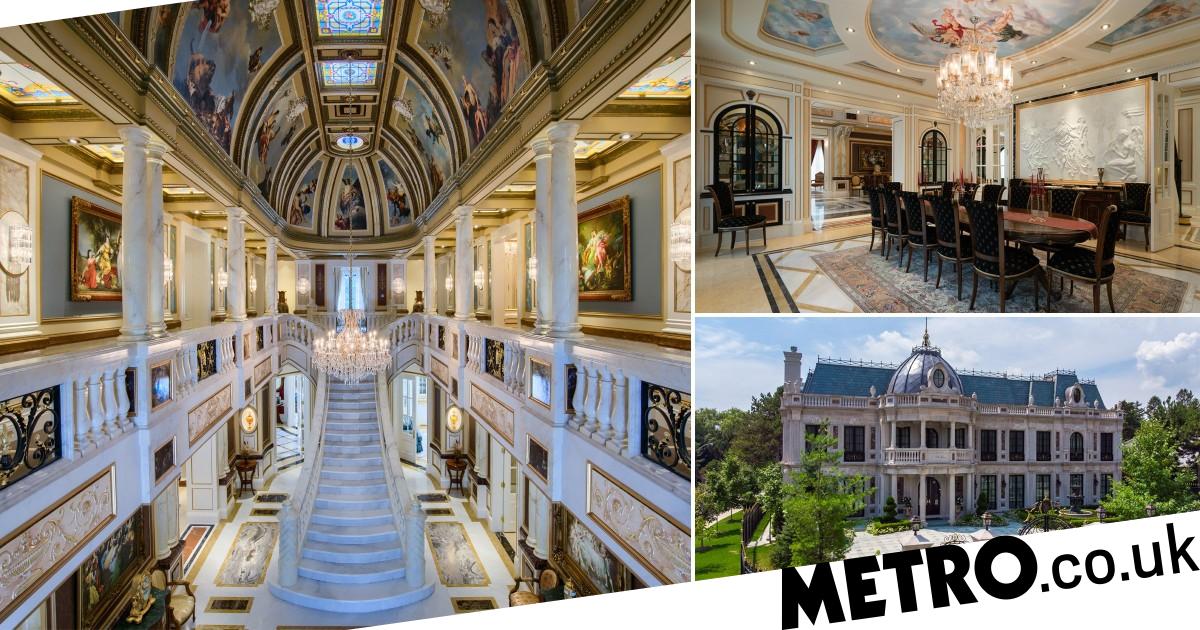 Truly a price tag worthy of the old Johnny Rose, the mansion appeared in the opening scenes of the hit TV series, in which the family are shown to have lost all their former wealth overnight.

There’s definitely a sharp difference between this place and the Rosebud motel.

Known as ‘La Belle Maison’, this 17th century French-inspired estate on Fifeshire Road was built and designed by Van Lapoyan in 2012.

It has three floors and sits on half an acre of land, boasting balconies, stained-glass skylights, Michelangelo-esque frescoes and marble accents in its domed foyer inspired by the Sistine Chapel.

There’s an aquarium and marble fireplace in the family room, which would be great for setting the tone with your nearest and dearest while you chill together on the sofa.

On top of that, the place has both indoor and outdoor swimming pools, a dining room that can seat 24, a wine cellar, a massage room, a private cinema, a billiard room and a huge 14-space car park.

You can get upstairs via either a marble staircase or an elevator, and there are impressive mirrored walls and granite and marble flooring throughout.

The impressive property is located in the high-end St Andrew-Windfields neighbourhood in Toronto, Canada and was listed online in September.

If you’re interested, the home is listed exclusively by Daniel Milstein and Aaron Kirman of the Aaron Kirman Group of Compass, Beverly Hills and Khoren Mardoyan of Homelife Vision in Toronto.


MORE : Dan Levy couldn’t move his neck while filming the finale season of Schitt’s Creek due to severe anxiety