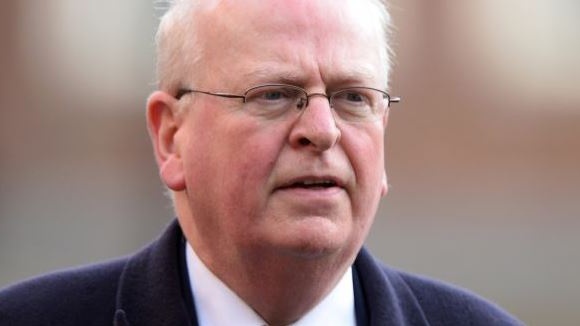 Former minister for justice Michael McDowell has alleged that Revenue is “collaborating in a criminal activity” by providing the licences for games machines in Dublin arcades.

During a contribution to an Oireachtas Committee on Justice meeting, Mr McDowell also criticised the Government’s plans to regulate the gambling industry.

The committee is conducting pre-legislative scrutiny of the proposed Gambling Regulation Bill which would create a new betting authority to supervise the industry.

The committee heard from organisations that offer support for people engaged in problem gambling on Tuesday as part of its consideration of the outline of the proposed legislation.

Mr McDowell suggested that the thrust of the Government’s Bill is that gambling is something which can be controlled but in general should not be discouraged.

He asked: “Is this an industry we want to encourage? I’m against it and I’m a liberal. But I’m against it because I see the damage it’s doing to a lot of people.”

He raised a number of issues of concern in relation to gambling, including amusement arcades which he said are “colloquially known” as casinos in Dublin.

The Independent Senator said casinos cannot operate legally in any area where the local authority hasn’t adopted a resolution under a 1956 Act.

He said “that’s been flagrantly breached day-in, day-out in Dublin” and he added: “The Revenue Commissioners seem to be complicit in this criminal activity”.

The Irish Times asked Revenue for a response to Mr McDowell’s remarks including his allegation that Revenue is “collaborating in a criminal activity” by providing the licences for machines in the arcades.

A Revenue statement said that under the Gaming and Lotteries Act 1956 gaming is not unlawful provided it is in accordance with a licence; the stake and winnings available are within the limits permitted by the Act and the person playing the game is 16 or over.

It said that local authorities may decide by resolution if gaming is to be permitted in all or part of its administrative area.

If gaming is permitted a trader must first apply to the local district court for a certificate for a gaming licence. Revenue said it does not have a role in this process.