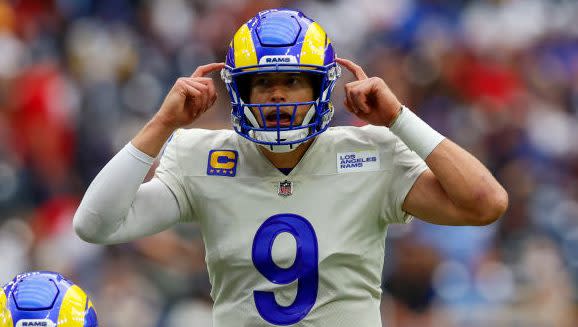 Rams quarterback Matthew Stafford made some bad passes on Monday night against the 49ers, but it’s his wife who’s apologizing for a throw she shouldn’t have made.

After a fan called her out in an Instagram comment, Kelly Stafford acknowledged that she was in the wrong when she threw a pretzel at a 49ers fan and was escorted from her seat by security.

“I’m an idiot,” Kelly Stafford wrote, via TMZ.com. “He was saying a bunch of things that were aggressive towards our crew but zero excuse. I tried to apologize, but in the end knew I was wrong. Will always stand up for my guy and everyone I love, but obviously needed to do it completely different! I’m embarrassed too! Sorry you had to witness me in my weak moment!”

Neither Levi’s Stadium security nor the Santa Clara police have commented on the matter.