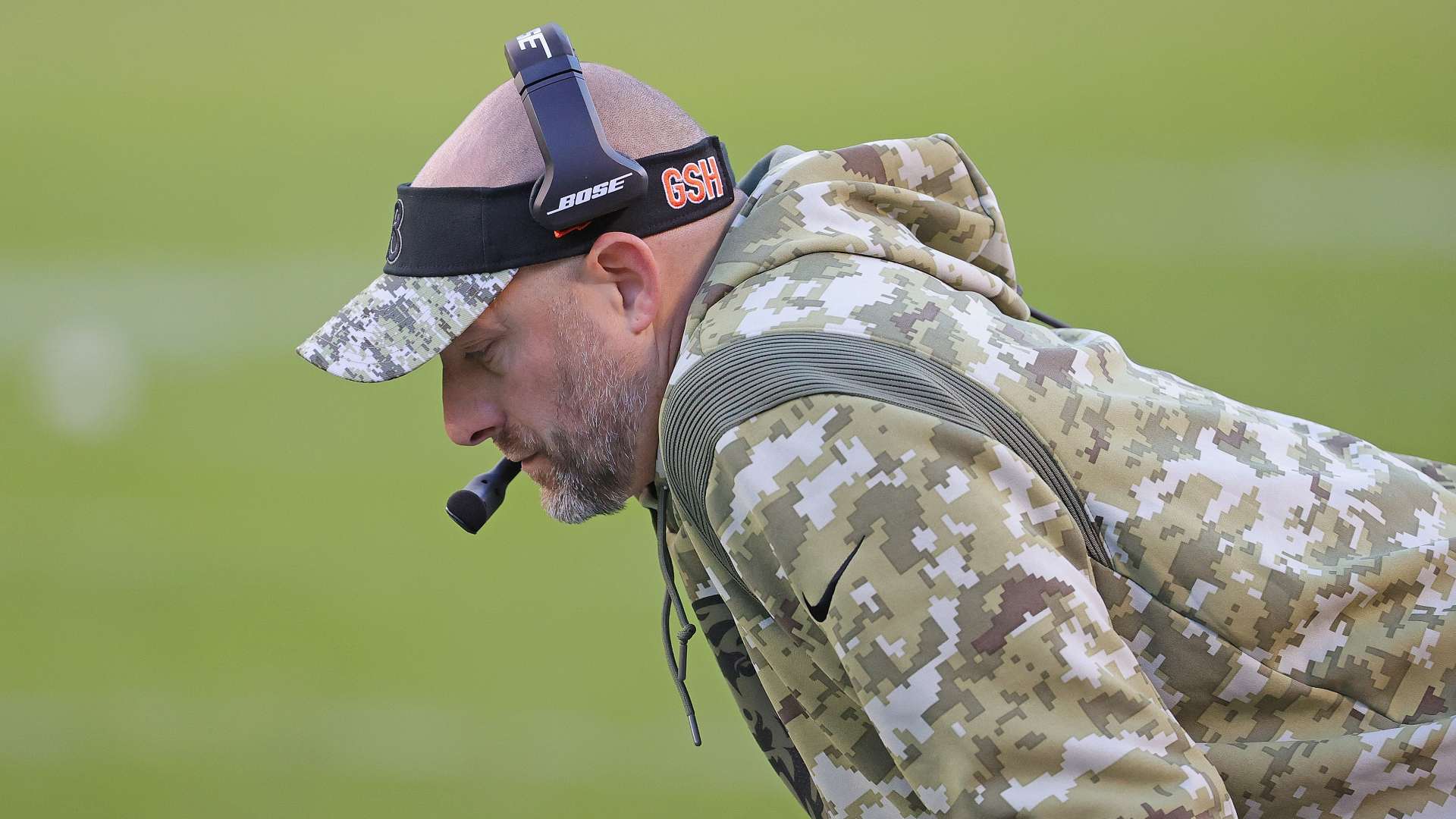 Although Bears fans may want coach Matt Nagy out of Chicago immediately following Thanksgiving, he may end up sticking around.

During media availability Tuesday morning, reporters opened the questioning by confronting Nagy with a recent report from Patch.com, stating that chairman George McCaskey plans to part ways with Nagy after their Thanksgiving matchup against the Lions.

“That is not accurate,” Nagy said in response to the opening question. “I have great communication with ownership, with George and Ted and Ryan, but I have not had any discussions.”

In video: Matt Nagy said the report that he’ll be fired following the #Lions game is “Not accurate.” but when asked twice if he has insurances that he’ll remain the coach until the end of the season, Nagy refused to answer.pic.twitter.com/STloIPALt2

Nagy avoided follow-up questions on his coaching status for the remainder of the season and explained that his current plan is to prepare the team against the Lions.

“My focus right now is on these players and on Detroit,” Nagy said. “That’s it. That’s my job as a head coach and as a leader.”

After leading the Bears to a 12-4 record with a division title in his first season as head coach, Nagy has been unable to keep the Bears in the playoff race. Nagy’s success is on the decline since they went 8-8 the past two seasons, and it has only gotten worse. The Bears (3-7) suffered a 16-13 loss to the Ravens last week and are lingering at the bottom of the NFC North with seven games remaining in the regular season.

In more than a century of ownership, the Chicago franchise has never fired a head coach midseason. However, if the Bears end up tanking their Thanksgiving game against the winless Lions, Nagy may end up having more serious conversations with ownership about his future.