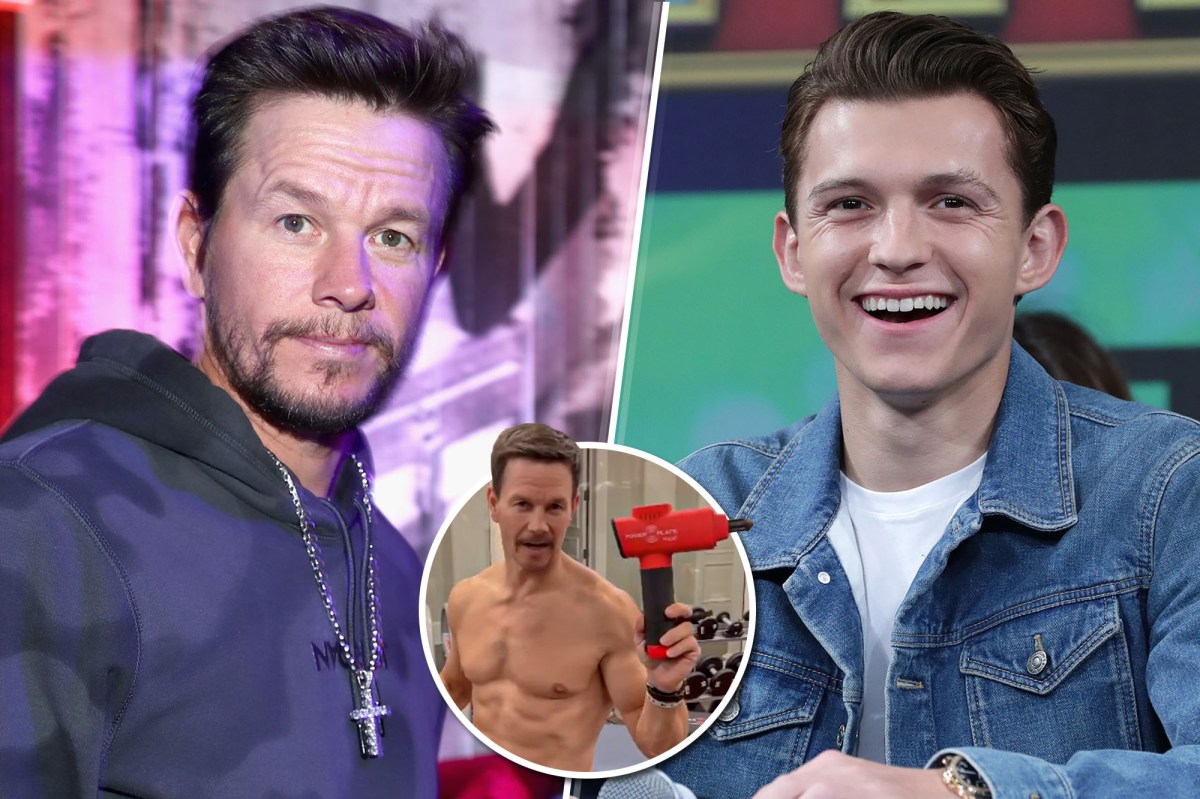 On Friday, the famously buff actor, 50, showed off a massage gun used to aid post-workout recovery — the same one he had gifted co-star Tom Holland.

“Mr. Tom Holland, you see this? Power Plate Pulse, this is a massage tool, for muscle recovery, nothing else,” Wahlberg asserted in the Instagram clip.

Earlier in the week the “Spider-Man” star, 25, revealed that he thought the muscle stimulator was actually a sex toy.

“Mark Wahlberg was kind enough to give me a massage gun after I left his house in L.A. and he drove me back to my hotel,” Holland said in a recent virtual interview with “Access Hollywood,” adding, “I was confused as to what kind of massage gun this was, having never seen one before, and I thought it was the type of self-pleasure.”

“I thought Mark Wahlberg was driving me back to my house for other reasons other than just being a gentleman,” he continued. “I didn’t know you — it’s Hollywood, baby. Who knows what’s gonna happen?”

Wahlberg, who was also in on the interview, was surprised by the revelation.

“I can’t believe, the whole time, you were thinking that,” he exclaimed. “Gotta get your head outta the gutter, buddy.”

The “Boogie Nights” star clearly felt the need to show that he wasn’t trying to woo Holland.

The pair can currently be seen together on screen in “Uncharted” in which they play partners who embark on a quest to find “the greatest treasure never found.”