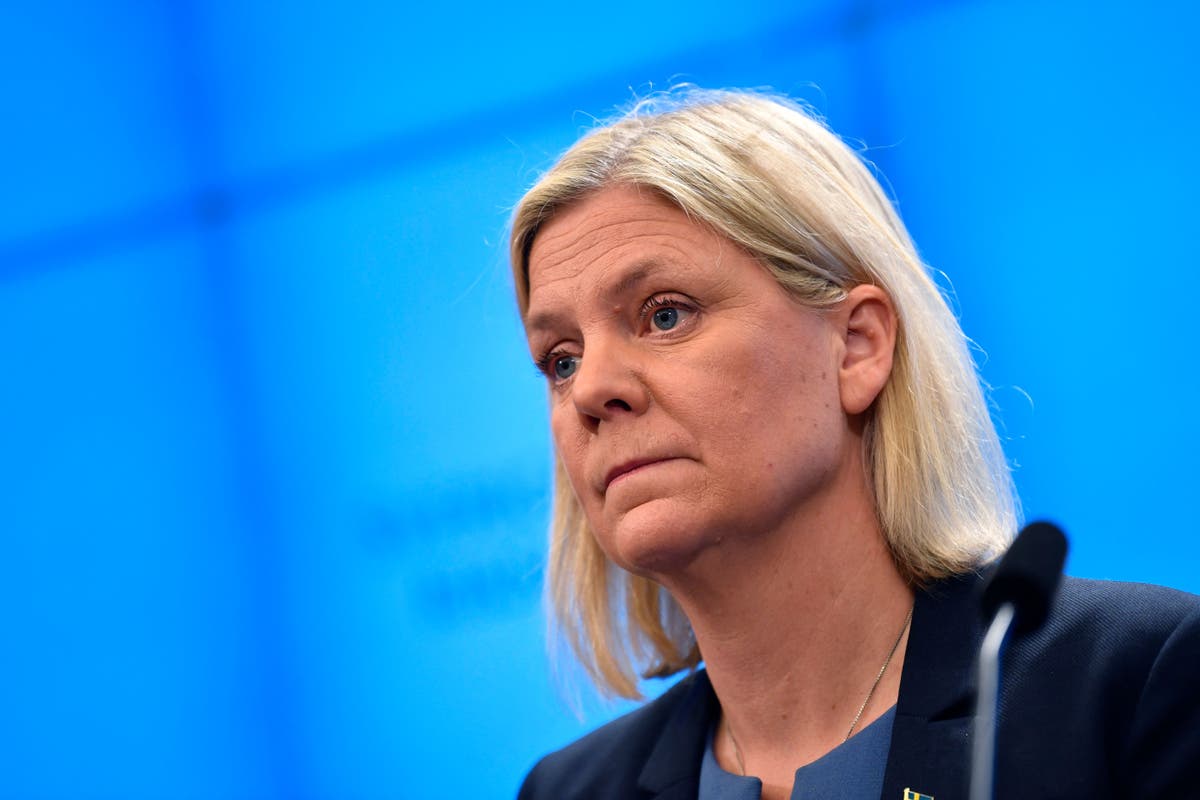 weden’s first-ever female prime minister has resigned only hours after being announced as the country’s leader.

The Social Democrat Magdalena Andersson resigned hours in the job on Wednesday after her budget did not pass and her coalition partner quit the government.

Andersson had become the first woman in the post after sealing a deal with the Left party for its backing – only for the Centre party to withdraw its support for her budget.

Instead, parliamentarians voted for a budget drawn-up by opposition parties, including the right-wing nationalist party, Sweden Democrats.

The Greens quit the government, saying it could not accept a budget “drafted for the first time with the far-right” – leading Andersson to resign.

Ms Andersson said she hoped to become prime minister again as the head of a single party Social Democrat government.

“I have asked the speaker to be relieved of my duties as prime minister,” Andersson told a news conference.

“I am ready to be prime minister in a single-party, Social Democrat government.”

She told reporters: “There is a constitutional practice that a coalition government should resign when one party quits.

“I don’t want to lead a government whose legitimacy will be questioned.”

The speaker of Sweden’s parliament, Andreas Norlén, said he accepted Andersson’s resignation, and must now decide the next steps in finding a new government.

This could include parliament being asked to vote again on Andersson being prime minister.

Andersson, 54, known for her slogan “Sweden can do better”, had previously served seven years as the country’s finance minister.

Despite frequently being labelled one of the most gender equal countries in the world, Sweden was the only Nordic state never to have a woman prime minister before Andersson was backed for the job by MPs.