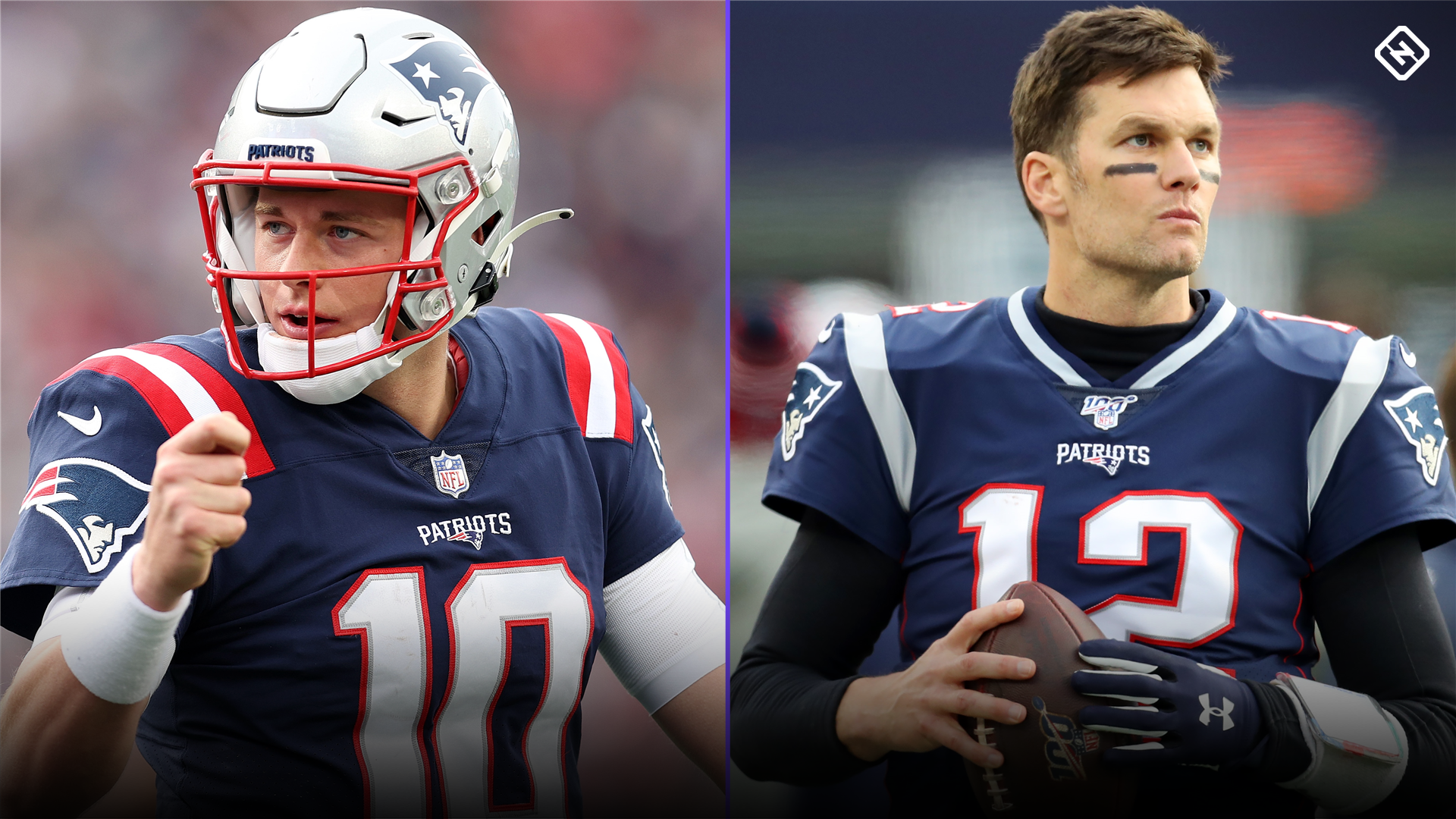 Few expected Mac Jones to open the season as the starter for the Patriots. The 15th pick in the 2021 NFL Draft always seemed likely to begin the season behind Cam Newton and potentially overtake the veteran in-season if Newton had issues again.

However, Jones was able to beat Newton for the starting job. As a result, he became just the Patriots’ fourth Week 1 starter since 2002, joining the shortlist involving Newton, Jimmy Garoppolo and Tom Brady.

The Patriots were hopeful that Jones could fill the void left behind by Brady’s departure. So far, the rookie has played well and his rookie year compares favorably to Brady’s first season as a primary starter.

Look, before we get too far into this thing, it’s important to note that we’re not comparing Jones as a player to Brady. It is — and I cannot stress this enough — way, way, way too early to compare a player that has started 10 games to a quarterback that is in his 22nd season and is the greatest quarterback in NFL history.

That said, looking at each passer as a first-year starter is interesting, as it helps to paint a picture of what Bill Belichick is looking for in a starter. And it’s clear from looking at the numbers that Belichick wants a player that can effectively manage a game, avoid mistakes and make enough plays to keep an offense on schedule.

Obviously, Brady became significantly more than that. Only time will tell if Jones can come close to that ascension.

But for now, here’s a look at how Mac Jones is faring as in his first season with the Patriots and how it matches the last first-year starter that the Patriots tapped to lead them 20 years before, Tom Brady.

IYER: Why Mac Jones isn’t a ‘clone’ of Tom Brady

Mac Jones has gotten off to a successful start in his rookie season. Through 10 games, he has posted a 6-4 record as a starter, good for the best market among rookies, and has completed an even 69 percent of his passes. That also tops all rookie starters.

Below is a look at his stats and how he compares to other starting quarterbacks, and rookies, across the league.

Jones’ numbers have certainly been impressive, especially his accuracy. The fact that he has the fourth-fewest interceptions among rookies despite attempting the second-most passes to only Trevor Lawrence is also a feather in the young quarterback’s cap.

Brady started for most of the 2001 season after taking over for an injured Drew Bledsoe. He played in 15 games during that season and started 14 of them.

Brady led the Patriots to an 11-3 record in his 14 starts and was, of course, able to help the Patriots earn their first Super Bowl victory over the Rams. Thus began the Patriots dynasty.

Below are Brady’s numbers from his first season in 14 regular-season starts.

Essentially, Brady was solid but unspectacular for the Patriots during his rookie season, but that was all he needed to be. He let the team’s defense do a lot of the work while he focused on leading the offense and avoiding mistakes. That’s part of why he logged only 572 passing yards, one touchdown and one interception during three playoff games.

The numbers won’t jump off the page at you, but Brady had an effective rookie season. And when looking at it closely, it’s similar to Jones’, though Jones’ production has outpaced Brady a bit to this point.

Mac Jones vs. Tom Brady over a 16-game season

Since Brady started 14 regular-season games as a rookie and Jones has only played in 10 before his start against the Falcons on “Thursday Night Football”, the only way to truly compare each’s rookie season is to extrapolate their numbers over a full season.

As such, we chose to look at the two over the course of a 16-game season; we could have done it over a 17-game season as well, but the 16-game season gave us rounder numbers as a whole.

Here’s a look at how each first-year starter fared with the Patriots.

As you’ll notice, the overall numbers are fairly similar, with each projecting for the same total passing touchdowns. Jones’ grade out as a bit better, as he is completing a higher percentage of his passes and is averaging more yards per attempt along with fewer turnovers.

That said, the difference in passing yards can be explained by a more pass-happy NFL, so those yardage totals are close enough considering the larger league ecosystem. And it’s worth noting that they both paced to throw the same number of TDs despite Brady attempting 56 fewer passes than Jones. Of course, he also threw more interceptions in fewer attempts, so that balances itself out a bit.

What does this all mean? Basically, Jones’ rookie season compares favorably to Brady’s first year as a starter. Jones will continue to establish himself as a solid starter if he continues at this pace, but his true test will be how he performs when more is asked of him in the future.