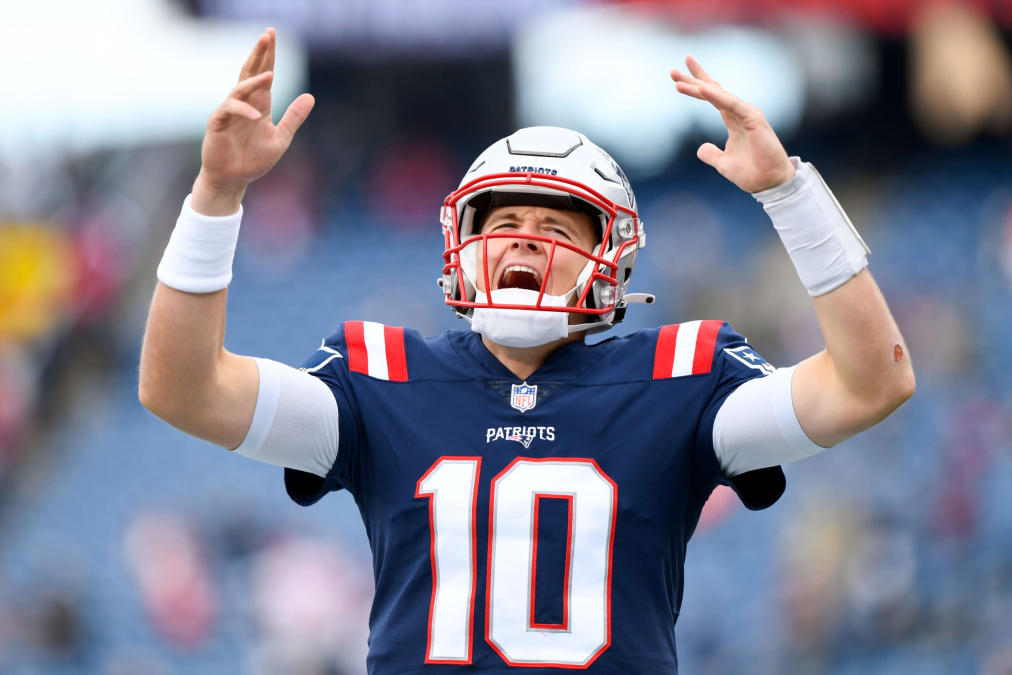 Mac Jones appears to be an over-gifter, one of those people who get so anxious about the holiday season that they go overboard on spreading cheer.

Jones, who was worried he wouldn’t be generous enough when putting together a holiday gift basket for his offensive line, did just fine. The New England Patriots quarterback gifted some Bitcoin, athletic shoes, a Yeti cooler, Keurig supplies and other items, according to ESPN’s Mike Reiss.

So, yeah, Jones had no reason for concern. The quarterback signed a contract that paid out $8.7 million in his signing bonus. He had a good year.

“Privately, several have relayed that they were floored mostly by two things: his inclusion of backups and practice-squad players for a total of 12 oversized gift packs that filled up the locker room, and each of the 12 also receiving a personalized, handwritten note from him.”

A handwritten note is always a nice touch. Jones was asked about writing notes during a press conference this week.

“I’ve always been taught that when you sit down and write a note to whoever you’re trying to communicate with, it means a little bit more,” Jones said Wednesday.

Quarterbacks typically take care of their offensive linemen with gifts. And veterans, who are established in the league, will often make grand gestures. Rookies, on the other hand, have less financial security and may start the gifting process on the conservative side.

“He did an outstanding job,” left guard Ted Karras told reporters Friday in a video conference. “We got a big haul over here. I’ll let him explain everything that he got, but it’s a myriad of items, each one cooler than the next.

“One of the best efforts, especially by a rookie, to show us appreciation and wish us a Merry Christmas. So I’m very thankful to him and very glad to be his teammate here in this Christmas season.”