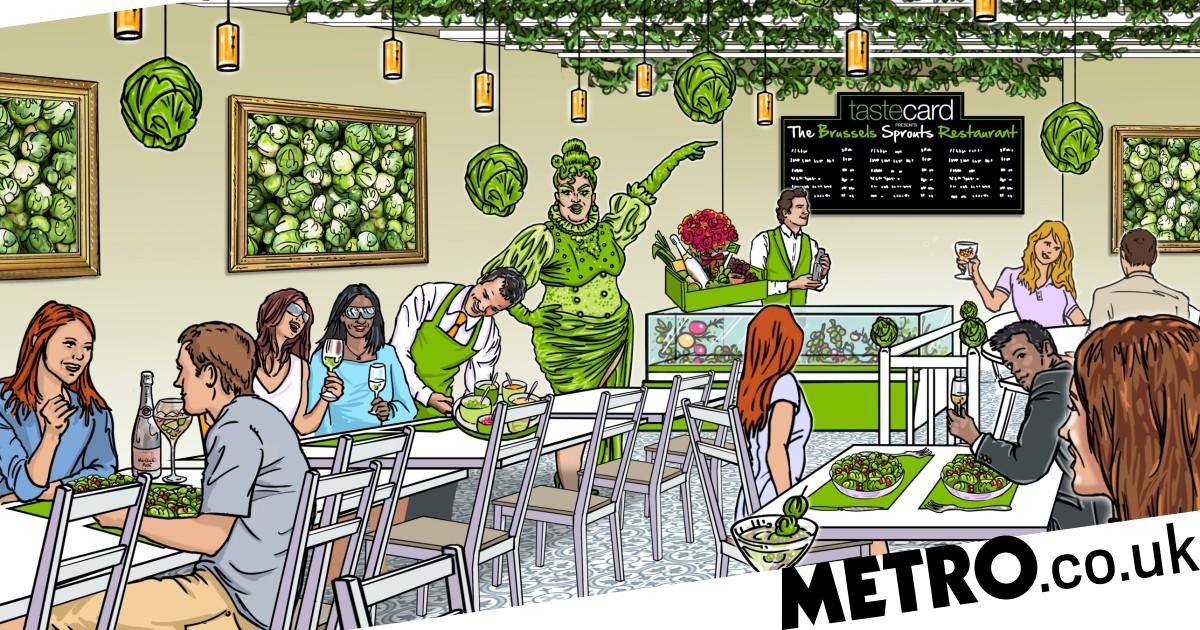 Christmas is a time of celebration and eating, but sometimes we don’t quite agree on the menu and argue for more (or less) of a certain dish.

Brussels sprouts are often one such dish of contention, as they are a bit like Marmite: you either love them or hate them.

For those that hate the veg, and would rather die than eat a sprout at Christmas, then you’ll be wanting to avoid this new restaurant.

But, for those that love sprouts and could eat an entire Christmas dinner of greenery with nothing else on your plate, then Tastecard as got you covered.

Tastecard, a diners’ club offering discounts at certain restaurants in the UK, is launching a pop-up restaurant for just three days next week, and it’s completely dedicated to Brussels Sprouts.

The restaurant offers a three-course set menu that includes a Brussels sprouts-infused bellini, Brussels arancini with a spiced tomato and nigella sauce, lamb kofte with Brussels tabbouleh and pomegranate, Brussels sprout risotto with lemon, chilli, and hazelnuts, and a number of other Brussels sprouts-related items.

Not only will Brussels lovers find themselves able to indulge in varieties of this Christmas staple, diners at this specialty restaurant will be entertained by a Drag Queen dressed as a – you guessed it – Brussels sprout!

The Queen will be serenading and performing for guests as they eat, so even if you’re being dragged kicking and screaming by your sprout-loving friend or partner, you can at least enjoy the show.

Matt Turner, Founder and CEO of tastecard, said: ‘Tastecard knows how to deliver unforgettable and unique dining experiences and we’re certainly doing that with the Brussels Sprouts Restaurant.

‘No matter how you feel about the divisive vegetable, our exclusive tastecard pop-up will offer guests an unforgettable festive dining experience like no other.’

Located on Micawber Street, in between Old Street and Angel stations in London, anyone who wants to try out this controversial vegetable can buy tickets through Eventbrite for £22.15, including fees. The ticket will include the three-course meal and the show.

All the money raised from tickets will be donated to hunger charity FareShare, which aims to tackle food waste and redistribute food to those in need in the UK.

Tickets for the first night of the pop-up are already sold out, but diners can still attend on Wednesday December 8 or Thursday December 9 – act quickly so you don’t miss out.


MORE : You can attend a Gatsby Christmas Cabaret in London


MORE : Three delicious recipes that will make you want to give Brussels sprouts a second chance


MORE : Amazing festive displays to see in London over the Christmas period