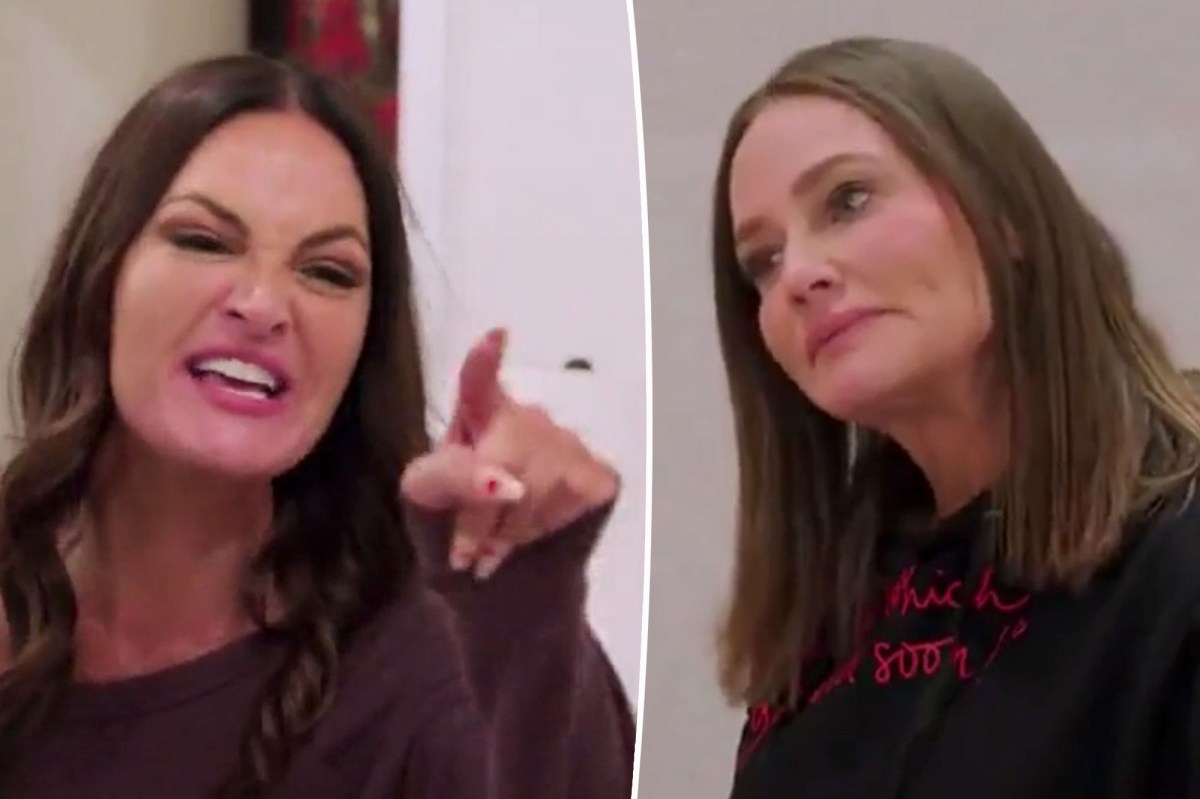 Barlow, 47, repeatedly called Marks, 50, a “f–king liar” in a heated exchange during a cast trip to Zion, Utah.

As “Salt Lake City” fans will recall, the former besties have butted heads the last several episodes over rumors that Marks allegedly lied about her late father’s memorial service.

It has been inferred among the women that the jewelry designer fibbed to cover up her purported involvement in Jen Shah’s FBI arrest. Marks has vehemently denied this claim.

Though Marks has suggested Barlow spread the gossip, the fast food enthusiast has passionately contested her assertions — just as she did on the latest “RHOSLC” installment.

“You just yelled at me like this yesterday,” Barlow shot back. “I’m not going to f—king stop.”

Marks then turned to co-star Whitney Rose and asked, “Did [Lisa] speculate or not?”

Before she could answer, Barlow stepped in to reiterate, “I did not speculate on your father’s death.”

Barlow said that she has only told the rest of the cast what she has shared directly with Marks.

“[I said] everybody grieves in different ways,” she explained, adding that Marks is “not going to get an apology” from her. “There is nothing wrong with what I said and I’m not saying sorry.”

In a confessional, Barlow alleged that Marks caused confusion by sharing different dates for her father’s memorial service.

“I’m a f—king liar? Who’s lying about the dates of their dad’s memorial? Not me,” she said. “You told me one date and you told Heather [Gay] another date. That has nothing to do with me. I’m not a f—king liar.”

Later in the episode, Marks told Rose, 35, and Gay, 39, that her father’s service took place on March 29, 2021, the day before Shah was cuffed for alleged fraud and money laundering. As Shah faced the feds on Tuesday, March 30, 2021, the rest of the cast took off for Vail, Colo.

Again, Marks maintained that she had nothing to do with Shah’s arrest and subsequent legal troubles.

Barlow previously mentioned that Marks told her the date of her father’s memorial was March 30 — but, according to Marks, she had already left Aspen, where the memorial took place, to join the girls in Vail by that time.

“It feels like Lisa is just adding fuel to the fire between me and Jen,” she told the camera. “Before you start spreading rumors that I faked a memorial because I turned Jen into the FBI, perhaps you should ask me. I don’t get where this is going. Are you my friend or not?”

In real time, Marks and Barlow’s friendship has taken a hit after Barlow lashed out at Marks behind her back in an expletive-filled rant caught on a hot mic.

A source exclusively told Page Six that her tirade “definitely has impacted” her dynamic with Marks.

“[It] could cause permanent damage,” the insider said.

Barlow briefly addressed her remarks during the Jan. 23 broadcast of “Watch What Happens Live with Andy Cohen.”

“I have a little rant that I’m not proud of, but I hit my boiling point,” she admitted.