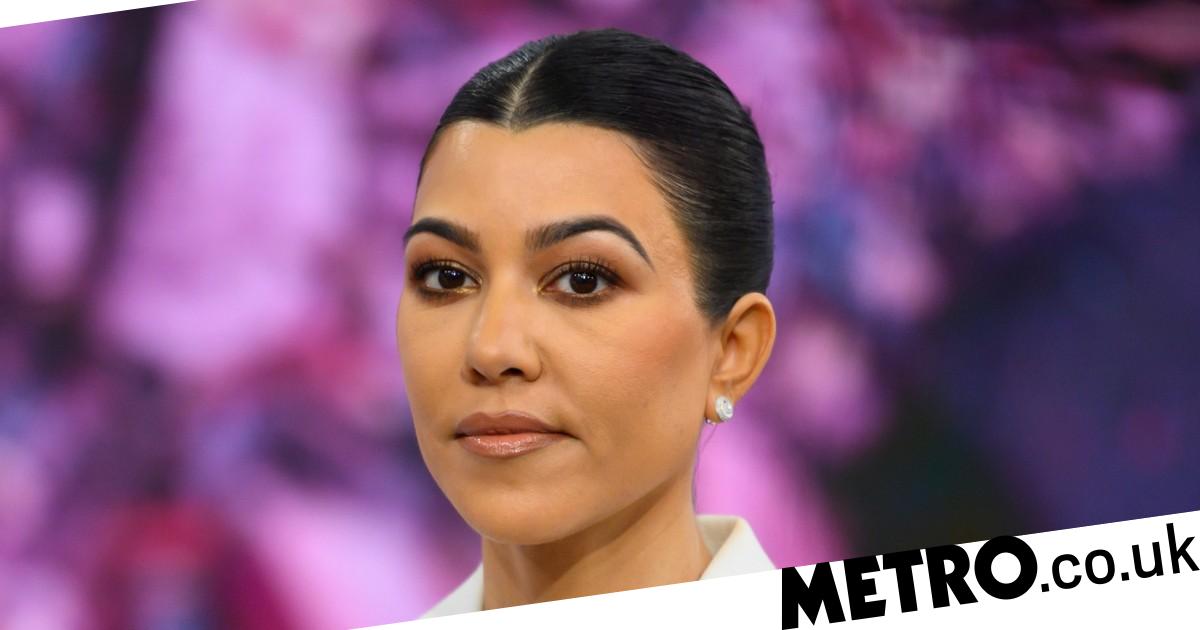 ‘The medication that they’ve been giving me, they put me into menopause.’

Those were the words of Kourtney Kardashian telling mum Kris Jenner about her IVF experience, in the latest trailer for the reality show Keeping up with the Kardashians.

Kourtney, who is 42, is undergoing the fertility treatment to help her conceive her first child with her fiancé Travis Barker, and shared how she had been impacted by the treatment.

While I was relieved to see a celebrity discuss a common side effect of IVF treatment (menopausal symptoms), I was conscious that Kourtney’s words could be taken out of context.

This was not helped by the star’s use of the word ‘literally’, which in America tends to mean figuratively.

But, literally speaking, the menopause cannot be medically induced by IVF, but the fertility treatment can certainly give you an indicator of what is to come.

That was the case for me.

In August 2014, my periods suddenly stopped, and I ended up going nine months without menstruating, which alarmed me because I wasn’t pregnant, but also wasn’t taking necessary measures to prevent it.

Ironically, the investigation into what caused this ruled out perimenopause, which is the transitional period before menopause.

I was 29 at time, and my understanding of menopause was inspired solely by media portrayals – mature women with dwindling libidos and mood swings, ferociously fanning themselves to alleviate a hot flash.

Menopause, according to the NHS, is ‘when a woman stops having periods and is no longer able to get pregnant naturally.’

As a newlywed who had just celebrated our first anniversary, I already started to feel the peer pressure to ‘grow our family’, so the possibility of being told that my fertility was declining was terrifying.

A few months after the medical investigations, I finally had some answers when to my relief the cause of my absent periods and infertility was ‘unexplained’.

The diagnosis was a easier pill to swallow than early onset menopause because I’m aware that once menopause changes your fertility, women are incorrectly perceived as being devoid or losing their ‘vitality’, and I felt I was too young to deal with that.

My GP advised that I need IVF treatment to help me and my husband conceive.

I started the treatment in September 2016, and the first stage involved self-injecting my thigh in the morning with a drug called Suprecur every day for two weeks, in order to switch off my pituitary gland, which controls your ovaries.

This is known as ‘down regulation’, where medication is administered to shut down your natural menstrual cycle, and in effect causes an artificial menopause.

My symptoms started almost immediately after the injections, when I endured constant hot flushes.

It wasn’t pleasant navigating the symptoms at work, because I shared an office with my colleagues.

Most times I needed to have the window open or a fan close by to cool down, however it caused tension with my co-workers.

Regular breaks to get fresh air became my coping mechanism of choice, but I started to feel conscious about having so much time away from my desk and ended up telling my manager, who was thankfully very understanding.

My most embarrassing experience was the extreme sweating. I distinctly remember straightening my hair for work function, and the sweat causing it to revert to its natural afro state.

I started to feel unattractive, as if I was in a foreign body, and it got in the way of me and my husband’s interaction and intimacy.

One thing that I was truly unprepared for was the brain fog.

An uncomfortable internal vaginal scan, which assessed the lining of my uterus, and how active my ovaries were, was made worse when I realised that I had two pairs of underwear on.

‘Is it normal to feel a bit spaced about and forgetful?,’ I asked the nurse, confessing my mishap.

Confirming it was, she advised: ‘I’m afraid this is what you’re going to have to go through, but just think of the goal – the baby.’

There wasn’t much chance of me thinking of anything but the baby, especially considering bloating from the drugs made me look like I was reaching my second trimester.

It was a reminder that going through this temporary transition was a necessary part of the process to hopefully help me conceive, and it was that motivation that got me through the remainder of the IVF cycle.

I thought while suffering menopause-like symptoms about why my mum didn’t open up about when she started menopause, even as it became obvious when her moods changed rapidly.

My main feeling was empathy of course, but also, guilt. I worried I may have misjudged the severity of what she was going through until I went through it myself.

That first IVF cycle resulted sadly ended as a miscarriage, so I went through the same process again in April 2017.

The second round was successful, I welcomed our son into the world in February 2018.

I experienced similar symptoms during the first few weeks into my second round of IVF, too but they felt more manageable as I knew what to expect.

We welcomed our baby boy in February 2018, and I haven’t undergone IVF again since, however the experience has changed the way I perceive the natural process of aging and my womanhood.

Having an insight into what is to come has managed my expectations, but I realise that when the menopause finally happens it will be for much longer and the reality of the impact will hit home more.

It’s a process that is inevitable at whatever point you face that transition in your life.

I think it’s positive that Kourtney Kardashian is being transparent about the symptoms of menopause that she has experienced – even if it is not the menopause – because it reinforces the message that it’s a natural process.

With IVF becoming an increasingly popular choice to treat fertility as well as preserve it, Kourtney’s perspective is helpful in showing others the impact the treatment can have on your body.


MORE : Kourtney Kardashian reveals IVF treatment ‘put her into menopause’ as she hit back over weight gain slurs


MORE : LGBT families call for IVF access to become ‘an even playing field’