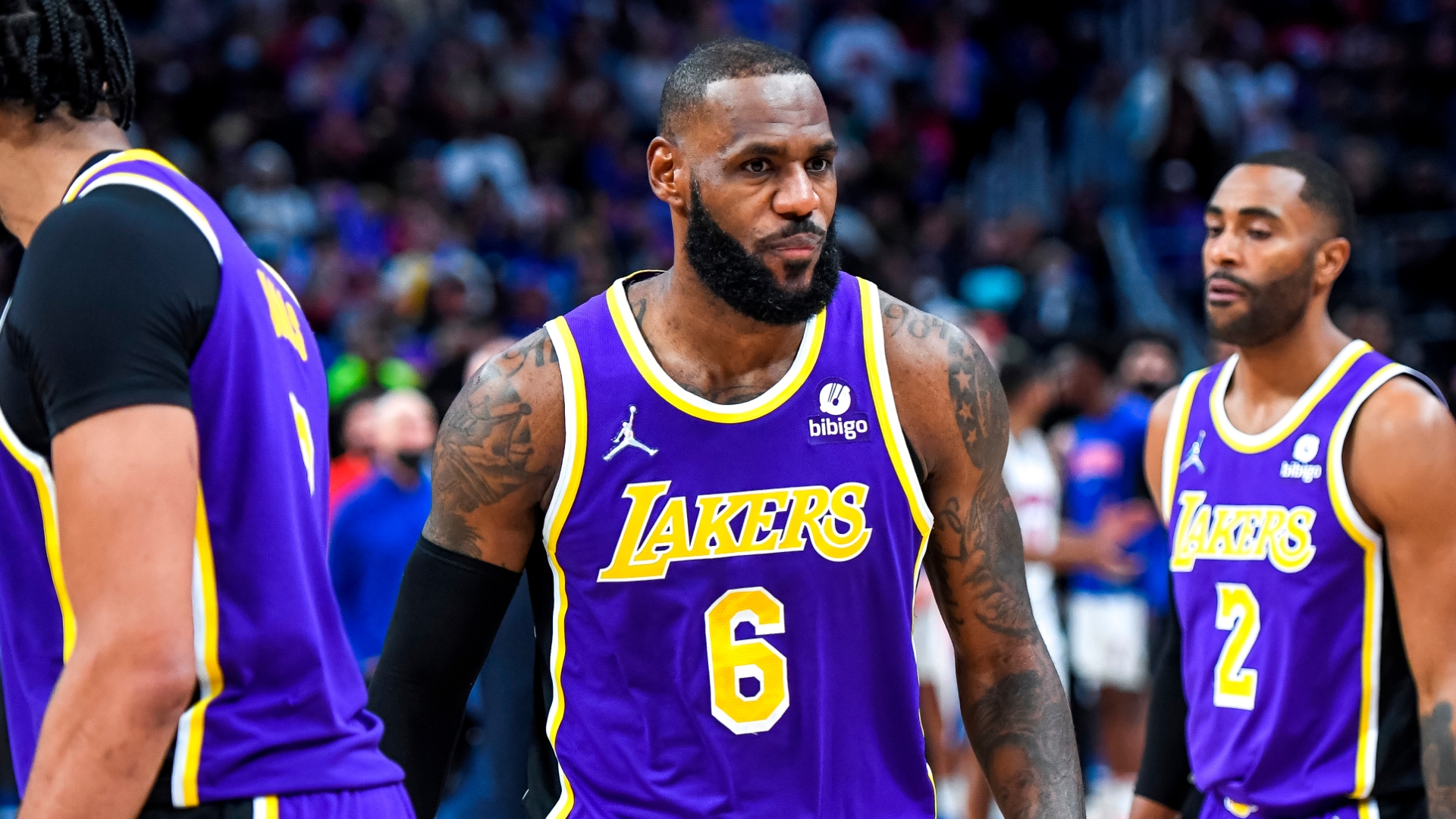 Is a suspension coming for LeBron James?

In the Lakers’ 121-116 win over the Pistons on Sunday, the 17-time All-Star was ejected for striking Detroit center Isaiah Stewart in the face while fighting for a rebound early in the third quarter.

It led to the following sequence, in which a bloodied Stewart charged at the Lakers several times and had to be held back.

James was assessed a flagrant foul 2 on the play while Stewart received two technical fouls for “multiple unsportsmanlike acts during the altercation.”

It’s the second time James has been ejected in his career, the first coming in 2017.

The Pistons announced after the game that Stewart required five stitches.

How many games will LeBron James be suspended?

It’s currently unknown if James will be suspended and if he is, how many games he will miss.

When Bleacher Report’s Eric Pincus polled various people in “NBA-related positions” about what the appropriate response would be from the league, he says the responses were “all over the map.”

“Some speculated James would get one or two games, but a few backed off that notion when reminded the Lakers next play the Knicks in New York on Tuesday,” wrote Pincus.

It’s also unknown if Stewart will be suspended for his role in the incident.

“It was a tough play with Isaiah,” Pistons head coach Dwane Casey said. “His eye got cracked all the way open, and he was upset for a reason. So, I don’t think James is a dirty player, but again, it got them going.”

As a point of reference, Nuggets center Nikola Jokic was suspended one game for shoving Heat forward Markieff Morris in the back earlier this season. Morris, meanwhile, was fined $50,000.

As noted by Brad Botkin of CBS Sports, Sunday’s altercation resembles a similar incident from the 2015 playoffs when J.R. Smith received a two-game suspension for a similar backhanded swing towards Jae Crowder.

Lakers without LeBron James this season

Unfortunately for the Lakers, playing without James has been all-too-familiar so far this season. The 36-year-old James has appeared in just eight of the Lakers’ 18 games, most recently missing eight straight games due to an abdominal strain.

The Lakers are 4-6 without James in the lineup and 5-3 with James including Sunday’s win over the Pistons in which he logged 21 minutes before being ejected.