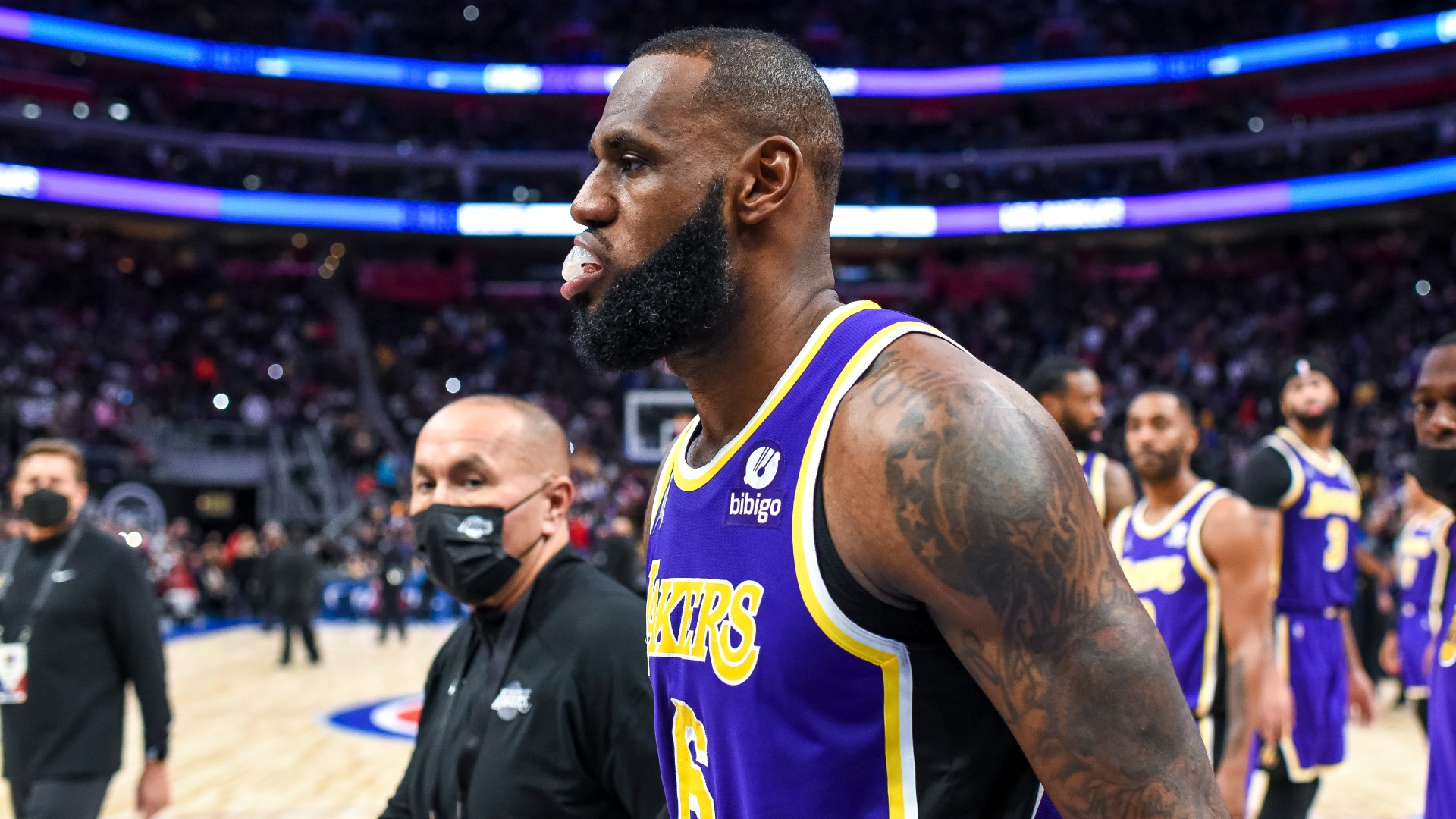 LeBron James threw a haymaker and was thrown out of the Lakers’ game against the Pistons on Sunday night.

In the third quarter, James was ejected for a Flagrant 2 foul after James delivered a forceful backfist to Pistons forward Isaiah Stewart following a foul shot.

The punch led to a dust-up between the Lakers and the Pistons.

Upon closer look, it appears as though LeBron took a closer look to see where exactly Stewart was before he threw the backhand. After review, LeBron was assessed with a Flagrant 2, which accounts for forceful and unnecessary contact to the head or neck area of an opposing player.

Stewart was seeing red, both literally and metaphorically, following the blow: The punch opened up a gash near Stewart’s right eye, and he was gushing blood from the cut. Stewart wasn’t pleased with the punch, and proceeded to charge the Lakers several times, with his sights set on LeBron and guard Russell Westbrook.

Stewart’s outburst led to an ejection. Westbrook was also assessed a technical on the play.

Stewart, the second-year player for the Pistons, was named to the NBA All-Rookie second team for his efforts last season.