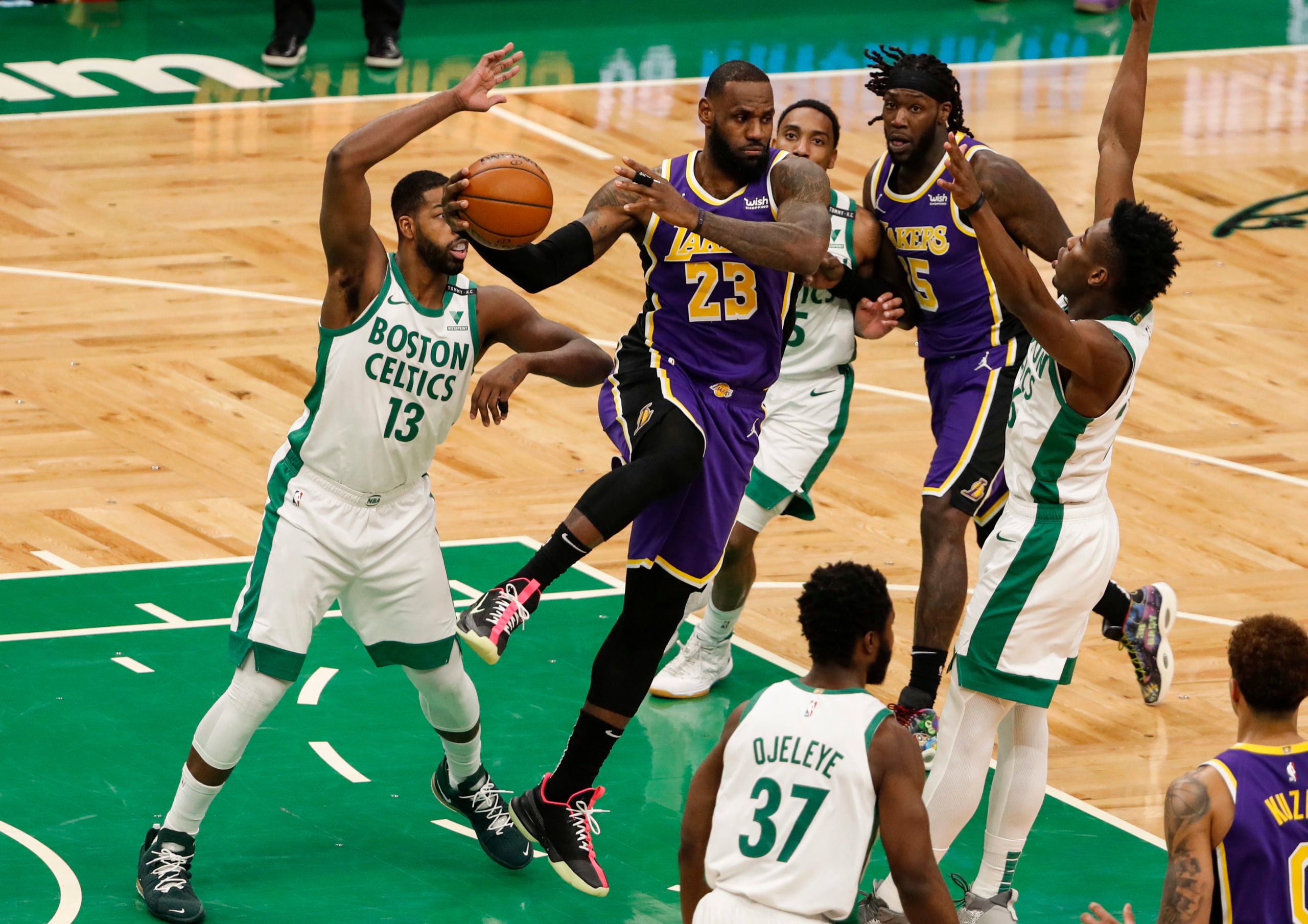 Los Angeles might get its “King” back on Friday night in the form of a returning LeBron James as basketball’s two most successful franchises renew their storied rivalry on the parquet in Boston.

James reportedly could be set to return from an abdominal injury when the Lakers visit the Celtics for the first time this season. The 17-time All-Star has been sidelined for the team’s last eight games, including a 109-102 loss at Milwaukee on Wednesday.

“I hope, I hope,” James told ESPN after Wednesday’a game when asked if he would play Boston.

Without James, the Lakers did not have enough offensive firepower to overcome two-time NBA MVP Giannis Antetokounmpo’s season-high 47 points for the Bucks.

The Lakers have lost three of their last four games and five of eight overall since James last set foot on the court in a Nov. 2 win over Houston.

“Once we get healthy, it’s figuring out a way to be able to utilize all (our) weapons, which is very important especially going long term,” said Westbrook, who had 19 points and a season-high 15 assists against Milwaukee.

FILE – Talen Horton-Tucker #5 of the Los Angeles Lakers scores a basket against the Brooklyn Nets during a preseason basketball game at Staples Center on October 3, 2021 in Los Angeles, California.  Kevork Djansezian/Getty Images/AFP

Horton-Tucker’s emergence has been a bright spot amid the Lakers’ recent struggles. The third- year guard is averaging 23.3 points in three games after making his season debut last Sunday following preseason thumb surgery.

Boston is playing just .500 basketball without its injured All-Star forward Jaylen Brown. The Celtics lost 110-99 in Atlanta on Wednesday to fall to 3-3 without Brown, who is sidelined with a Grade 1 right hamstring strain.

Brown missed his sixth straight game in the loss to the Hawks, but first-year Boston coach Ime Udoka said he is progressing and stepping up his workouts. Brown’s status for the game against the Lakers is uncertain.

Boston was also without starting center Robert Williams III, who sat out with left knee tendinopathy.

The Celtics have lost two of their last three games but have won two in a row in Boston after dropping their first three homes games.

Tatum knows how significant a third straight home victory would be for the city of Boston.

“That game is special,” Tatum said of Friday’s game against Los Angeles. “Everyone knows the history between the two franchises, and I’ve been fortunate enough to be a part of that going on five years now.”

Tatum has averaged 18.6 points in eight career games versus the Lakers. Meanwhile, James has been a thorn in the Celtics’ side while averaging 28.9 points — his second-highest output against any opponent other than Cleveland — in 54 prior meetings.

This will be 369th all-time meeting between the two 17-time champions, both regular and post- season. Boston leads the all-time series 205-163 after the teams split their two matchups one season ago.