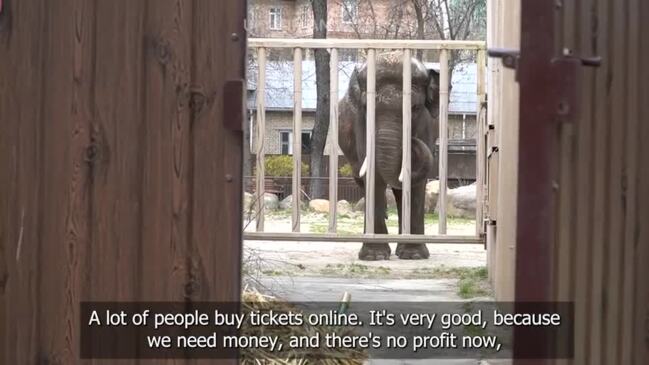 Zookeepers in Kyiv talked about working a zoo throughout wartime and the impact the specter of air strikes and meals shortages had on the animals. Media group Ukrainian Witness launched an interview with the supervisor of Kyiv Zoo, Kyrylo Trantin, and different zookeepers on April 17. Ukrainian Witness stated the zoo had assist from different European zoos in Poland, Germany, Netherlands and the Czech Republic and that they had been receiving deliveries of meals and different dietary dietary supplements. “We’re ready to open…but we understand the war’s still here and there’s a big danger of bombing,” Trantin stated, including that the struggle and the zoo are “very different things”. “We’ve got used to children’s smiles, not to shots or sounds of air raids,” Trantin stated. Credit: Ukrainian Witness through Storyful