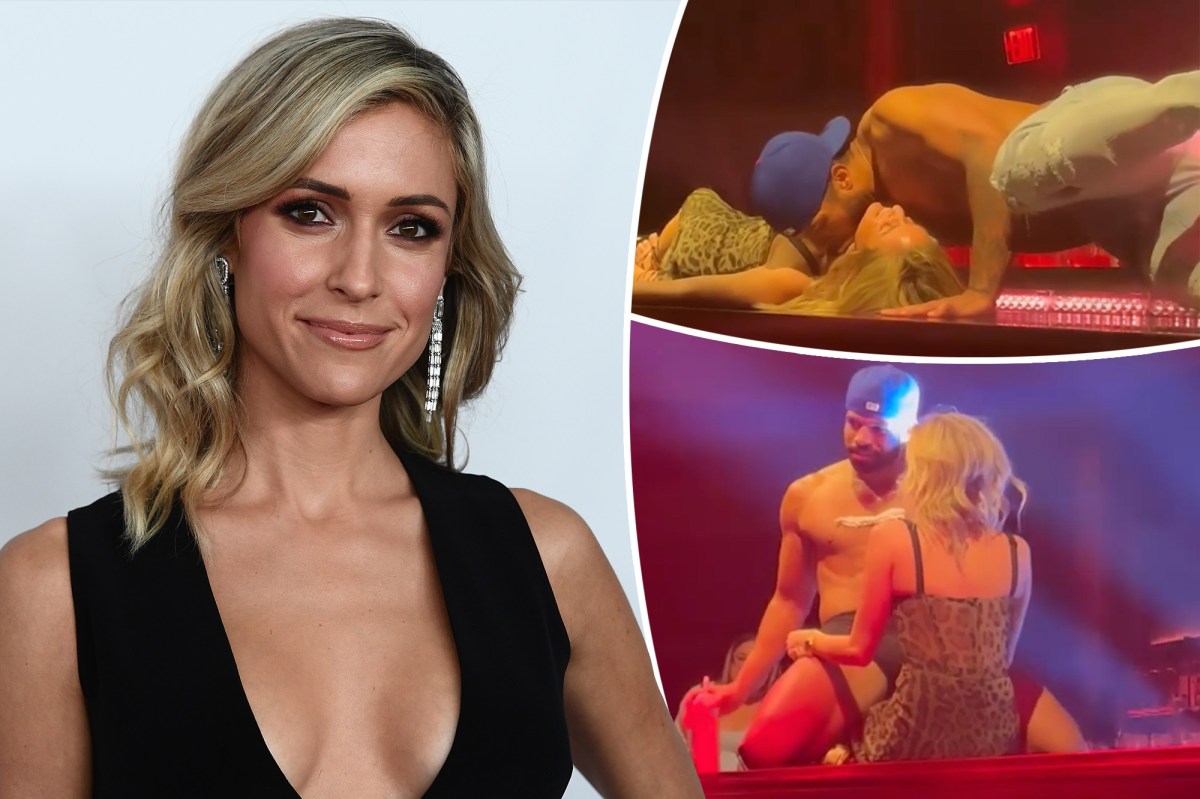 The jewelry designer, 35, was pulled on stage during the “Magic Mike Live” show at the Sahara Hotel in Las Vegas, where she received a sexy lap dance from a hunky dancer.

“The Hills” alum, chic in a leopard print dress and lace-up heels, laid flat as the performer sprayed her neck and thighs with whipped cream – and proceeded to lick it off as audience members cheered loudly.

Following the show, Cavallari and her friends visited the dancers backstage and posed for photos with the shirtless men.

Cavallari, who appears to be single at this time, called it quits from husband Jay Cutler in April 2020 after 10 years together.

She then dated comedian Jeff Dye from late 2020 until March 2021, and was later accused of being in a “love triangle” with “Southern Charm” stars Craig Conover and Austen Kroll.

Cavallari also recently shed some light on why she ended her “roller coaster” marriage to Cutler, 38.

“[It was] probably the best decision I’ve ever made,” she admitted on Kaitlyn Bristowe’s “Off the Vine” podcast last October. “I just decided I didn’t want to be in a toxic relationship anymore and I had to break it off.”