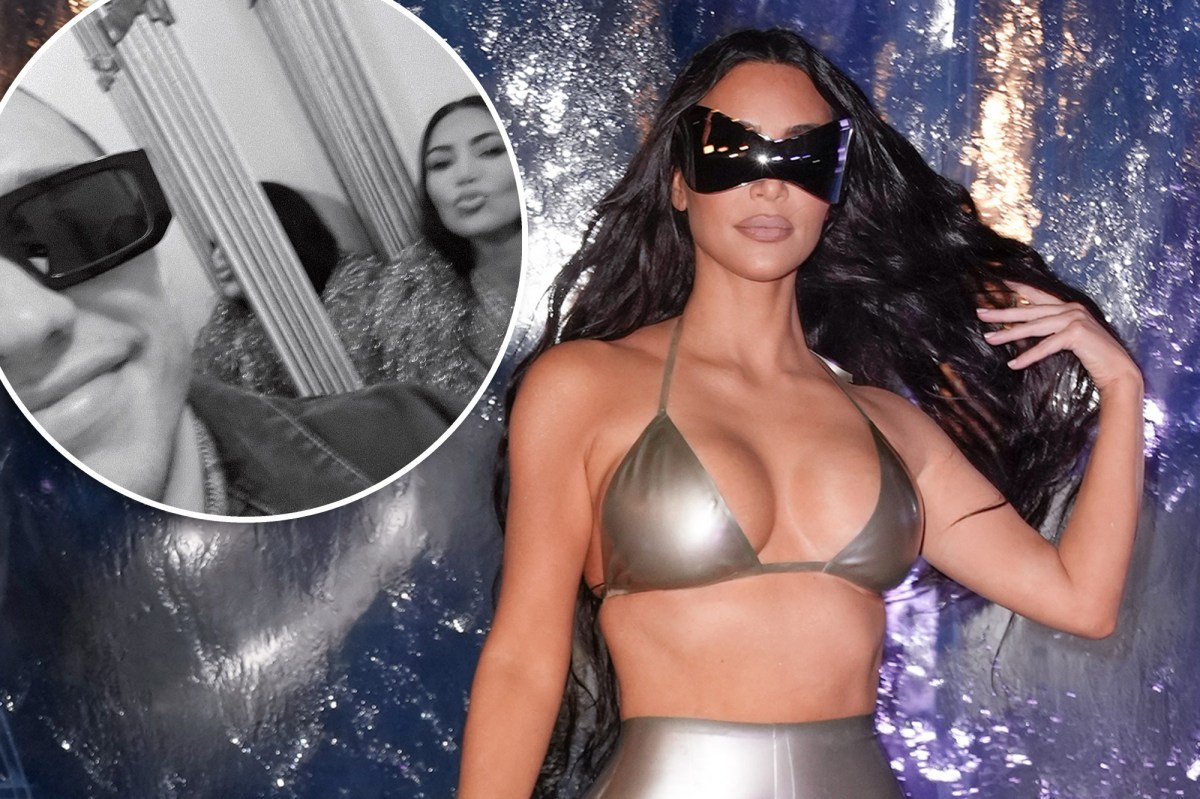 Kim Kardashian passionately kissed Pete Davidson in his car Sunday as he picked her up from Van Nuys Airport in Los Angeles.

Davidson, 28, was in the driver’s seat of a blacked-out Mercedes-Benz SUV as Kardashian, 41, leaned over from the passenger seat and gave him a big fat smooch in photos published by TMZ.

The “Kardashians” star held the “Saturday Night Live” comedian’s face in her hands as they sweetly locked lips and embraced after being apart for the weekend.

Kardashian had just landed in LA in her private G650 jet after making a quick trip to Miami, where she celebrated the launch of her Skims swimwear line with a pop-up event.

The reality star recently sat down for her first interview about her whirlwind romance with Davidson on “The Ellen DeGeneres Show.”

“It feels good. I think it’s just in life, like no matter what it is, I encourage my friends and the people that I love just to be happy, and I went for it,” she said in a clip of the daytime talk show’s April 13 episode. “I went for it, and, you know what? I’m in my 40s. Like, f–k it … just go for it, find your happiness.”

The “King of Staten Island” star seems to be in it for the long haul, as Kardashian also revealed that he got her first name branded on his chest.

“He wanted to do something that was really different,” she said.

The couple went Instagram-official on March 11, nearly five months after their relationship began.

Kardashian started seeing Davidson amid her nasty divorce from Kanye West. She filed to end her marriage to the rapper, 44, in February 2021 after nearly seven years, and the exes were declared legally single earlier this month.