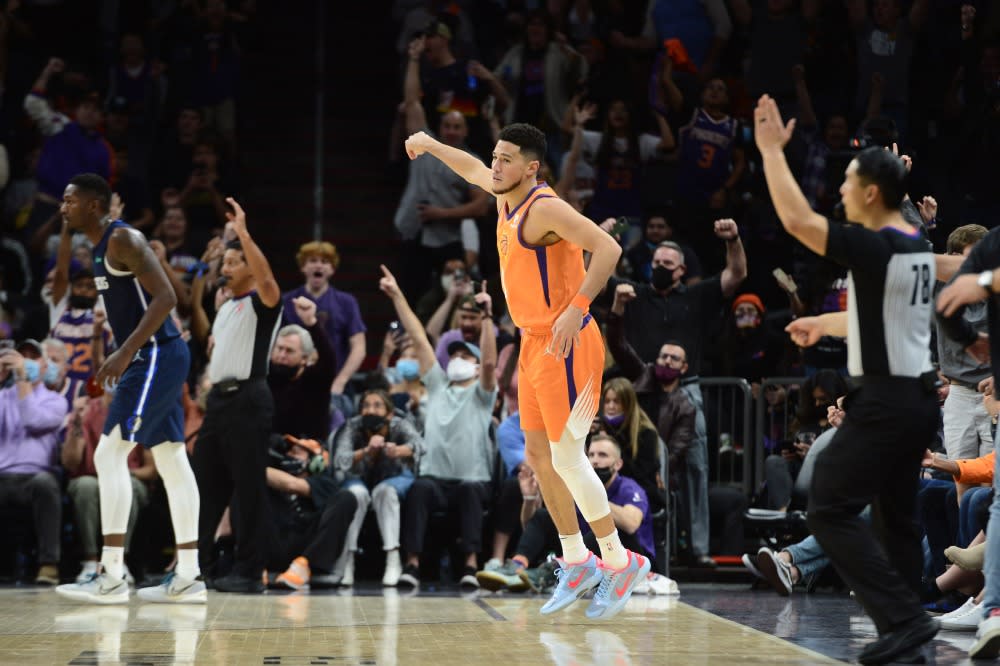 Fresh off of a career performance, and helping the Brooklyn Nets to a comeback win, Cam Thomas was feeling himself. After all, the 27th overall pick hadn’t played much prior to Monday night.

Thomas was called upon midway through the third quarter with the Nets down by seven points. He proceeded to score eight of his career-high 11 points in the period to help the Nets carry a two-point lead into the fourth quarter.

From there, the Nets’ veterans took over and led the team to a 117-112 win over the Cleveland Cavaliers. Kevin Durant finished with 27 points, including eight in the fourth quarter, while LaMarcus Aldridge had 21 and James Harden added 14 points and 14 assists.

With Joe Harris out, the Nets leaned on Thomas a bit more on Monday as head coach Steve Nash was pleased with how he performed in a high-pressure situation.

Cam was great. He stepped up with confidence to take shots. I think he is a kid who we all love and think has a bright future but sometimes these early stages of the season, you’re in tight games and it is just difficult with some of the mistakes that are just inevitable with these young guys. Tonight, he really hung in there, made some big shots for us and I thought was really aware defensively.

Afterward, Thomas credited Durant and Harden for creating opportunities for him. The Cavaliers keyed in on them often with double teams and extra help, leading to open shots for Thomas. He responded by going 4-of-7 from the field, including 2-of-3 from 3-point range.

The understandably upbeat Thomas provided perhaps one of the most entertaining postgame press conferences of the season. In the midst of his postgame high, Thomas revealed that Kevin Durant is scared to play him in 1-on-1 situations.

Nets forward DeAndre’ Bembry previously said that Durant and Harden often trash-talk Thomas since he is a rookie. Thomas was asked about that and took a moment to offer his side of the story.

Me and K.D. just be trash-talking about our scoring abilities because I say I’m a better scorer at my age than he was and he doesn’t believe that. He never wants to play me 1-on-1. We play 1-on-1 in shootarounds all of the time, post-ups — I beat him. Don’t tell him that. James just tries to trash-talk me. We are always going back and forth, friendly stuff. I love those dudes, great dudes.

Of course, Durant denied the story and said Thomas made it all up.

Durant said he beat Thomas 15-5 during that shootaround 1-on-1 game and turned his back to let him get those five points. He knew Thomas was feeling it after his career performance after saying all of that and proceeded to check him a little bit.

After having some fun with Thomas, Durant shifted his tone and offered praise to him. Thomas established himself as an elite scorer in college at LSU and the Nets fully know he is capable of stepping in and providing a spark off the bench.

He gave us the boost we needed as somebody that can score, dribble off the catch like that. A young team like this, they are going to send all of their resources at James and myself so they are playing super physical and super tight to me. They are going to bring over some help so guys are open and they left him open. I guess he wasn’t on the scouting report but they left him open and he made plays.

The performance by Thomas followed up a 46-point outing with the Long Island Nets in the NBA G League on Saturday. The Nets have sent Thomas to Long Island on occasion to get additional playing time, and the rookie responded with the second-most points in team history.

Thomas can certainly use the game on Monday as a chance to build positive momentum moving forward as the team will likely lean on him in certain situations throughout the season.

Perhaps he should dial back the trash-talk on Durant, though.

Nets’ Kevin Durant explained who Chris Duarte reminds him of