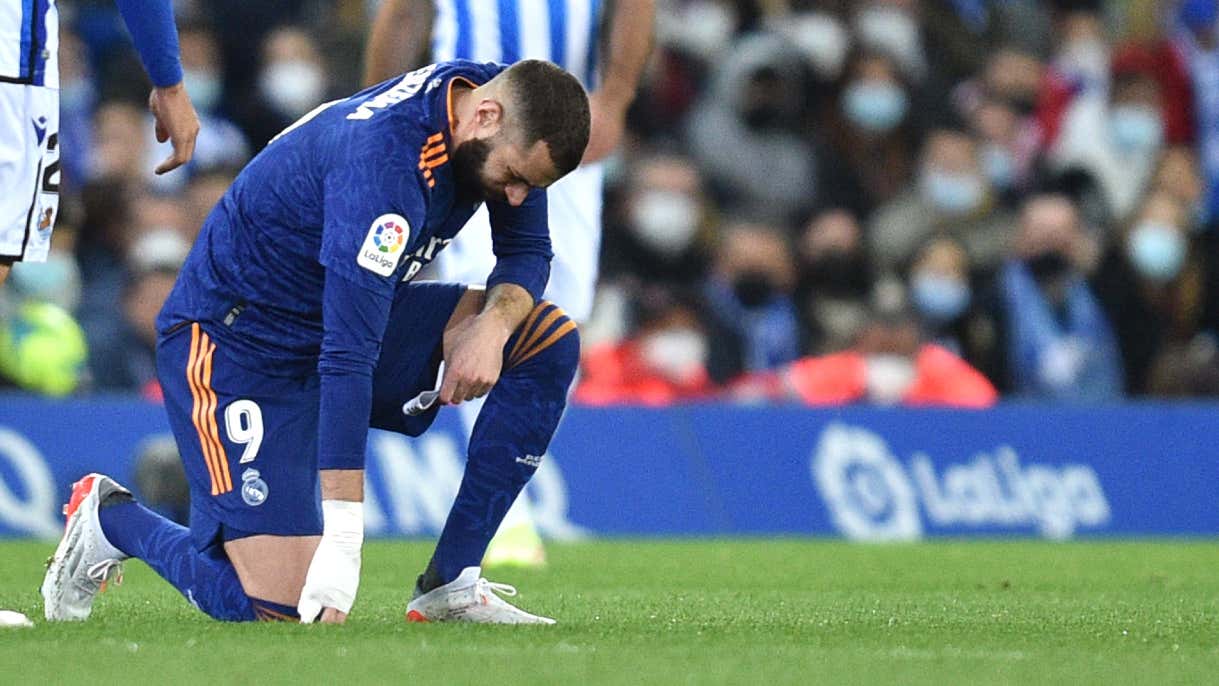 Real Madrid star Karim Benzema limped off the pitch injured in the La Liga round 16 match against Real Sociedad and Carlo Ancelotti replaced the striker with Luka Jovic.

Benzema’s 16th-minute problem is related to his left hamstring, and the soon-to-be 34-year-old will be re-evaluated to determine the extent of his injury.

The France international has been in incredible form this year, scoring 35 goals in 46 matches in 2021 entering the match against Real Sociedad. This season he has 17 goals in 20 official matches.

The forward pulled up short after making a run down the left wing and was unable to continue, although he was able to limp off the field under his own power.

Ancelotti’s initial impression is that the injury is not overly concerning.

“The Benzema thing does not seem serious at all, but I do not think he will be available Tuesday,” Ancelotti told reporters, referencing the Champions League group finale against Inter Milan.

How long will Benzema be out?

Benzema’s status remains unclear until he undergoes tests on his left leg this week, though it appears he’ll at least miss the midweek Champions League clash with Inter.

“Karim has had a problem, it bothered him a little and it don’t think [he will be there] for Tuesday, but maybe for Sunday, yes,” Ancelotti added in his postmatch press conference.

Real Madrid still managed to win the road game against Real Sociedad 2-0 to extend its lead at the top of La Liga to eight points, but it has a difficult upcoming schedule: After the showdown against Inter Milan for the Champions League Group D top seed, there’s a weekend derby match against Atletico Madrid that is likely to have title implications.

Following that tour de force, Ancelotti’s squad will meet Cadiz and Athletic Club before the end of the calendar year.