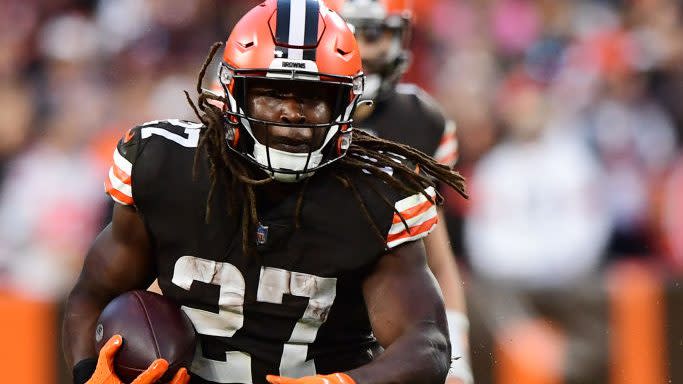 Running backs Nick Chubb and Kareem Hunt weren’t included on the list of Browns players out of practice on Wednesday because they aren’t on the active roster at the moment and Hunt won’t be back on that roster before Sunday’s game against the Lions.

Browns head coach Kevin Stefanski told reporters that Hunt is making progress in his recovery from a calf injury, but that he is not going to be ready to play this week. This will be the fifth game that Hunt misses.

Chubb did not play last Sunday because he is on the COVID-19 reserve list. He went on the list last Tuesday, so he should be cleared in time to face Detroit but Stefanski said only that the team will follow the protocols.

D’Ernest Johnson had 19 carries for 99 yards and seven carries for 58 yards as the lead back in Week 10.