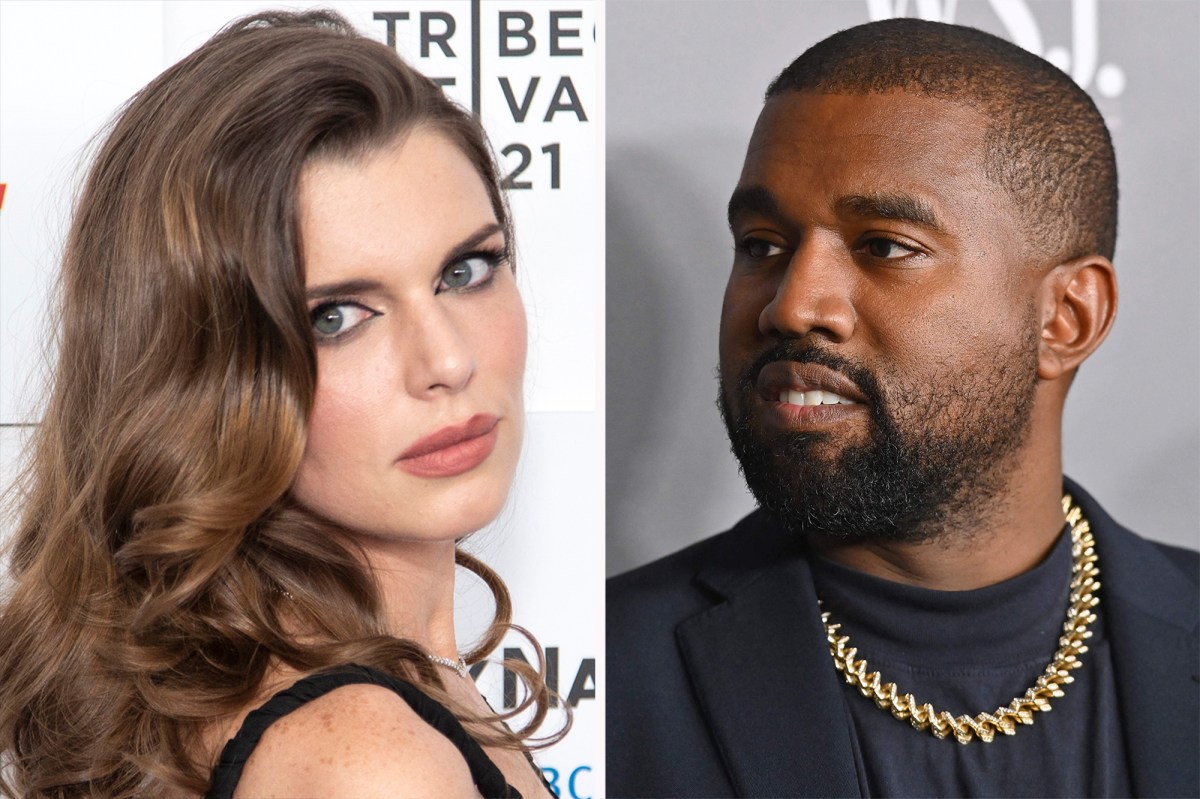 The rapper – who now goes by Ye – was spotted enjoying a romantic dinner date with actress Julia Fox in Miami Saturday night, as seen in pics obtained by TMZ.

West, 44, and Fox, 31, appeared to be having a good time in each other’s company as they dined at Carbone restaurant.

Ye bundled up in a black coat, while Fox opted for a sexy blue corset top and pants.

However, sources told the outlet that the date was “nothing serious,” and that Ye is simply trying to have fun amid his ongoing divorce from Kim Kardashian.

Reps for West and Fox did not immediately respond to Page Six’s request for comment.

As previously reported, the “All Falls Down” rapper hit up Miami for New Year’s Eve at the last minute. A source told Page Six that West rang in 2022 at Game Changers with Future, Quavo and French Montana.

The trip comes nearly a month after Kardashian made it clear she was serious about her February divorce filing, and weeks after Page Six exclusively reported that West was no longer dating model Vinetria after hooking up for a few months.

Kardashian filed to be declared legally single amid her divorce proceedings with West on Dec. 10.

The Skims founder – who has since moved on with “Saturday Night Live” star Pete Davidson – shares four kids with West: North, 8, Saint, 6, Chicago, 3, and Psalm, 2.