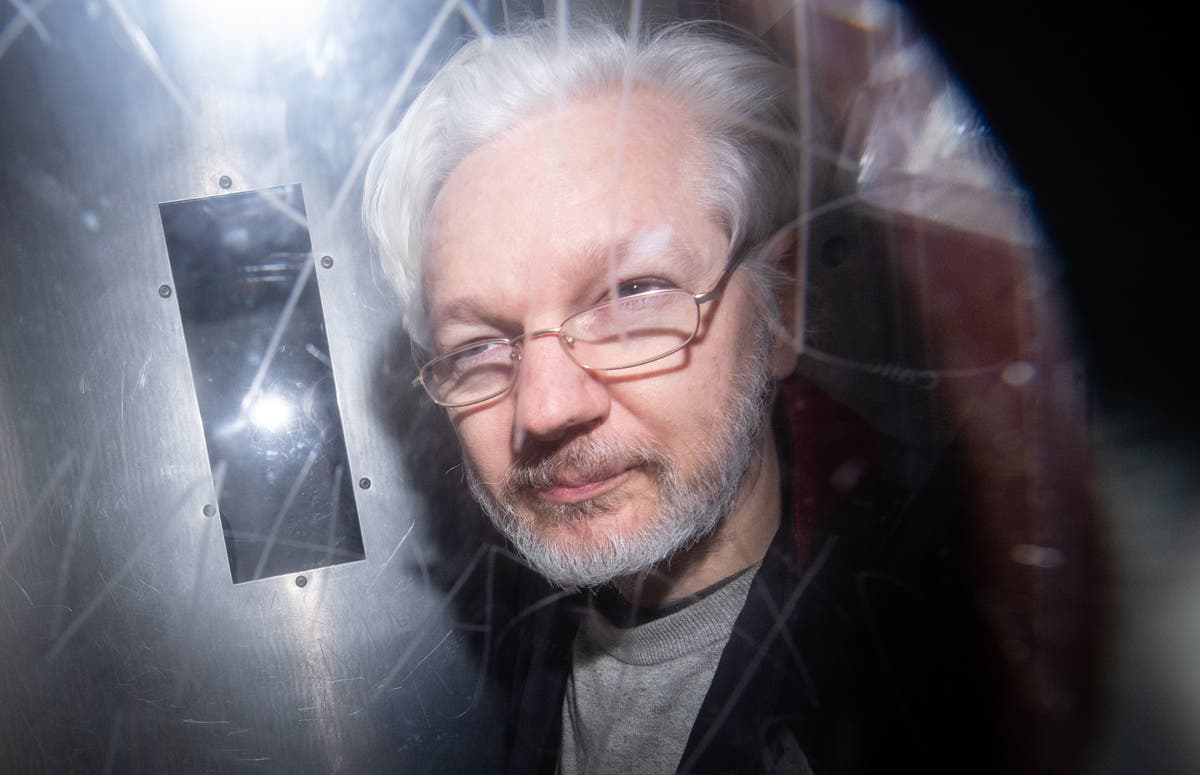 hroughout his tumultuous life, Julian Assange has commanded loyalty from family, friends and legions of supporters.

To his allies, the 50-year-old Australian is a political provocateur, campaigner, journalist and freedom of speech hero.

His public image is larger than life, but behind the scenes, divorced Assange is an intensely private person, with a small clique of lifelong friends used to his character quirks.

He kept his partner Stella Moris under wraps, despite the couple having two children while he was at the Ecuadorian embassy in London.

Assange was born in Queensland, Australia, to artist Christine and John Shipton, an anti-war activist.

Said to be an accomplished hacker since his teens, he co-founded WikiLeaks in 2006.

Assange came to the fore in 2010 with the publication of damaging classified US documents.

While his activities won him high praise, it also spawned powerful enemies, with Donald Trump once calling for the death penalty.

His failure to address allegations of sexual impropriety head-on in Sweden cast a shadow, even though he denied wrongdoing and the investigation was ultimately dropped.

It was his fear of US authorities, rather than being prosecuted in Sweden, that prompted him to seek refuge in the Ecuadorian embassy.

He stayed there for nearly seven years before serving a 50-week jail sentence for breaching his bail.

Since then, he has been held on remand at Belmarsh prison fighting extradition to the US.

The extradition case cast Assange as being a vulnerable man, who had suffered from deep depression and suicidal thoughts.

Professor Michael Kopelman diagnosed “persecutory” auditory hallucinations including hearing voices saying: “We are coming to get you.”

According to his mother Christine, he “had a preference for solitary play” as a child but made a small number of friendships in his teens with “geeky” boys who shared his interest in computers.

His life-long friends learned to accept “quirky, unusual or odd” aspects of his behaviour, a court heard.

Close friend Suelette Dreyfus referred to his “Edwardian style of speaking”, such as talking about Coca-Cola as mead, “like he’s been reading Jane Austen novels”.

She spoke of his “outrageous behaviour and lack of propriety”, such as moving furniture around in cafes, helping himself to condiments from another table, or going behind the bar to change the music.

While at Belmarsh jail, Assange got involved with painting, reading, exercise, and interacted well with others.

Despite the nature of WikiLeaks, Assange’s attitude was never to publish and be damned, according to one account of events at Ellingham Hall in Norfolk where he was based.

When he learned that unredacted documents were about to made public, he was “clearly acutely troubled by the situation with which WikiLeaks was faced”, according to Italian investigative journalist Stefania Maurizi.

On his motivation, journalism historian Mark Feldstein said: “Assange does not pretend to be objective.

“He is in part a political provocateur and he espouses an ideology of radical transparency.

“He believes the US government’s ‘surveillance state’ keeps its citizens in the dark through government censorship and a supine mainstream media, and has become one of the world’s greatest threats to democracy.

“The antidote, in his view, are massive, well-publicised leaks to expose the truth.”