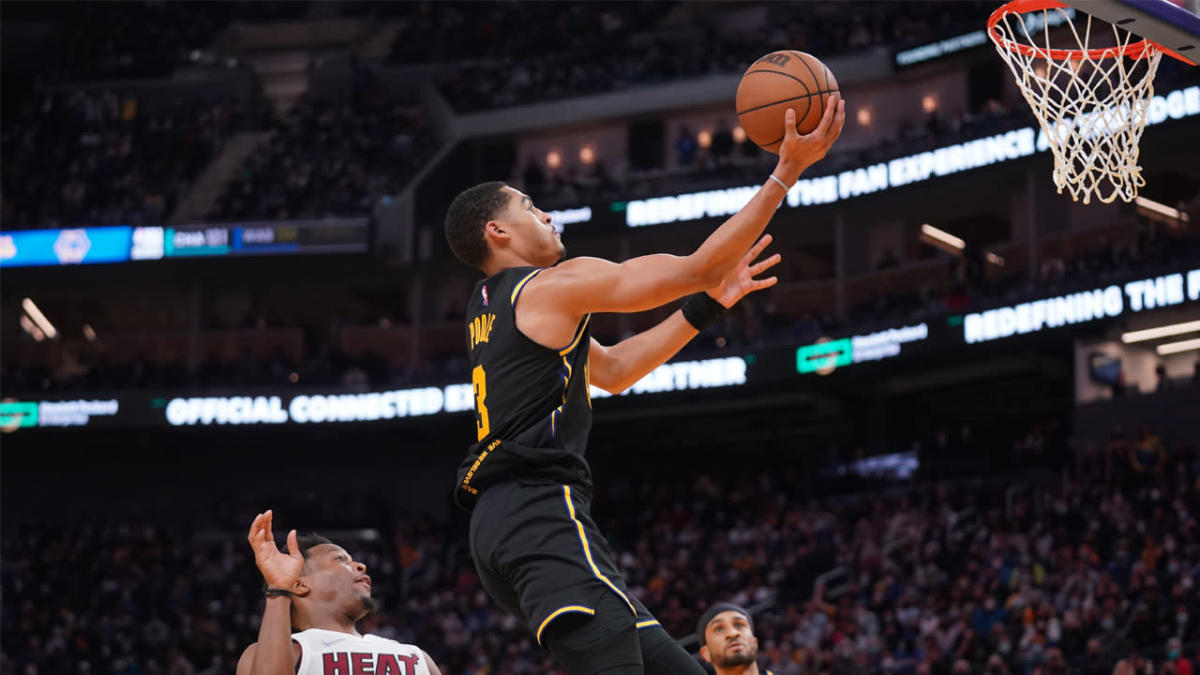 Jordan Poole silenced both his teammates and the Miami Heat with his impressive performance Monday night.

The Warriors beat the Heat 115-108 at Chase Center thanks to a monster 32-point performance from Poole off the bench. The third-year pro is expected to revert back to a bench role once Klay Thompson inevitably returns and immediately has embraced being the Sixth Man.

Leading the team in scoring, Poole’s big night was highlighted by a monster dunk late in the fourth quarter.

“It was cool,” Poole said of his dunk on Heat center Omer Yurtseven.

“They tried to tell me that I ain’t got no bounce in the weight room,” Poole said. “My actions speak louder than my words.

RELATED: Draymond: Dubs ‘force to be reckoned with’ after Klay’s return

Poole proved Monday night that he definitely has plenty of bounce, much to the initial disbelief of his own teammates.

If the Warriors are getting performances like these from the 22-year-old off the bench, they’ll be in pretty great shape the rest of the season.