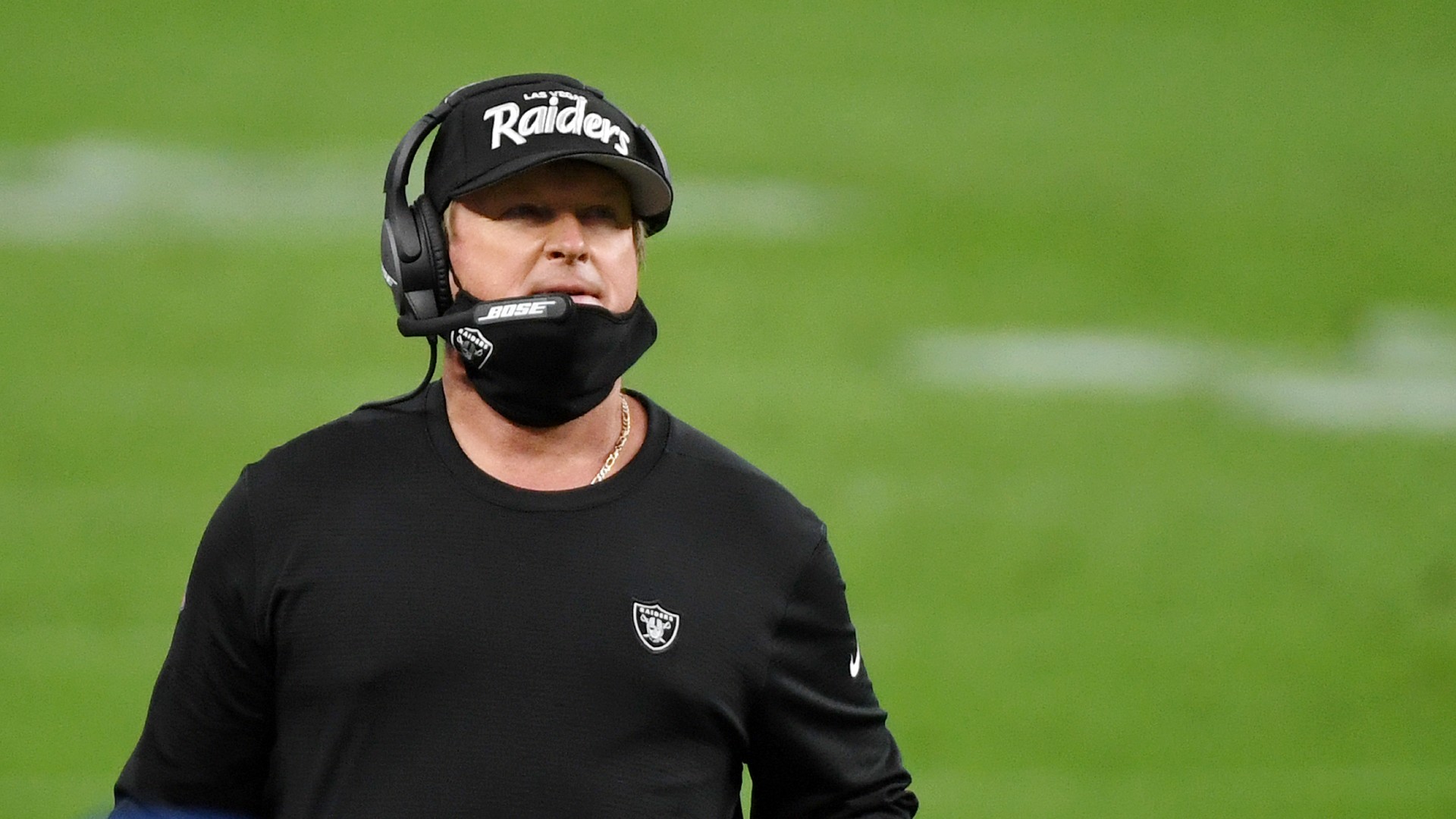 Former Raiders coach Jon Gruden is taking his grievances with the NFL to court.

According to a report by the Las Vegas Review-Journal, Gruden is suing the NFL, commissioner Roger Goodell and 20 unnamed defendants, claiming that “through a malicious and orchestrated campaign,” Goodell and the NFL worked to “destroy” Gruden’s “career and reputation.” The lawsuit claims that the identities of the 20 other defendants are currently unknown to the plaintiffs but asks that the court amend the complaint when their names become known.

“Defendants’ treatment of Gruden was a Soviet-style character assassination,” Gruden’s attorneys claimed in the lawsuit. “There was no warning and no process. Defendants held the emails for months until they were leaked to the national media in the middle of the Raiders’ season in order to cause maximum damage to Gruden.”

The “emails” refer to correspondence between Gruden and former Washington Football Team president Bruce Allen over a period of years while Gruden was working as an analyst for ESPN. The emails were uncovered during the league’s investigation of the WFT’s workplace culture.

In a response to the Review-Journal, an NFL spokeman said, “The allegations are entirely meritless and the NFL will vigorously defend against these claims.”

In the court filing, which was included in the Review-Journal’s report, Gruden’s legal team wrote that the NFL “broke its own precedent by foregoing (sic) written reports and rejecting transparency, refusing to release documents even in response to a request from Congress.” It then claimed that after the NFL released an email Gruden sent in 2011 where he said NFLPA executive director DeMaurice Smith “has lips the size of michellin (sic) tires,” it pressured the Raiders to fire Gruden.

The filing also said that after Gruden wasn’t fired, the league hinted that more documents would be released if Gruden was kept on by the team. Gruden’s attorneys alleged that once it became evident that Gruden would stay with the Raiders, the league released more emails.

Not long after the email about Smith came out, a number of other emails from Gruden were released where he used homophobic, transphobic and sexist language. An NFL source later told The Associated Press that Gruden was the only person who used such language in the 650,000 emails collected by the NFL in the WFT investigation. Gruden resigned from the Raiders on Oct. 13.

The lawsuit noted that Gruden was in the midst of a 10-year, $100 million contract and that as a “direct and proximate result of Defendants’ malicious efforts to interfere with Gruden’s contract with the Raiders, Gruden experienced massive financial damages.” The suit listed his contract, endorsements and injuries to his reputation.

Gruden’s claims in the lawsuit are summarized as follows:

Gruden is seeking damages in excess of $15,000 for each of the seven claims of relief and is seeking that any compensatory damages awarded be at least trebeled. According to the Nevada Rules of Civil Procedure, anyone asking for more than $15,000 in a lawsuit should simply request damages “in excess of $15,000 without further specification of the amount.”